Footage and pictures show the devastating fire that has destroyed a warehouse and a car on an industrial estate.

It has now been more than 24 hours since fire crews were called to the blaze in Ashford and firefighters remain at the site.

While the fire at the Cobbs Wood estate is under control and the operation has been scaled down, three fire engines will remain at the scene overnight.

A fire service statement said: "Smoke coming from the fire may increase as crews work with a demolition contractor to move burning materials - but please don't be alarmed, the fire is under control."

At its height, 15 engines were battling the fire alongside two height vehicles and a bulk water carrier.

One man was taken to the William Harvey Hospital suffering from burns and smoke inhalation.

Residents are still being advised to keep their windows shut after burning tyres at the LMR tyre recycling plant sent a plume of acrid black smoke above the town.

It was large enough to be pictured from as far away as Dymchurch and could be seen from Rye in Sussex.

Nearby residents reported their clothes being covered in black, oily spots due to the smoke and falling ash.

Some also said their children were covered in a similar solution after playing on slides in their gardens.

The warehouse next to the fire is owned by Biffa, the company that provides waste collection for the Ashford District.

Garden waste collection for the district was suspended today due to the damage, although recycling has gone ahead as normal with some delays.

It is not clear how long services will be disrupted for. Ashford Borough Council has been approached for comment.

Thankfully, the devastation also brought out the best in some people, as was seen with the Curbside Cafe.

Workers at the mobile eatery, which was very close to the fire, treated 30 exhausted firefighters to a free breakfast.

Ben Cole said: "It was really great to be able to thank all the firefighters for all their work with a free breakfast and drink."

Ashford MP Damian Green said: "Thanks to firefighters, Ashford Council officers and all others involved in sorting out the problems caused by the Cobbs Wood fire."

Read on to see a gallery of pictures of the fire. 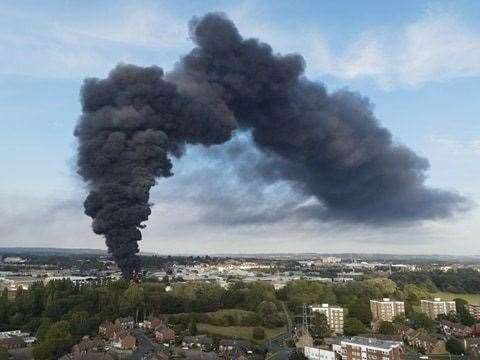 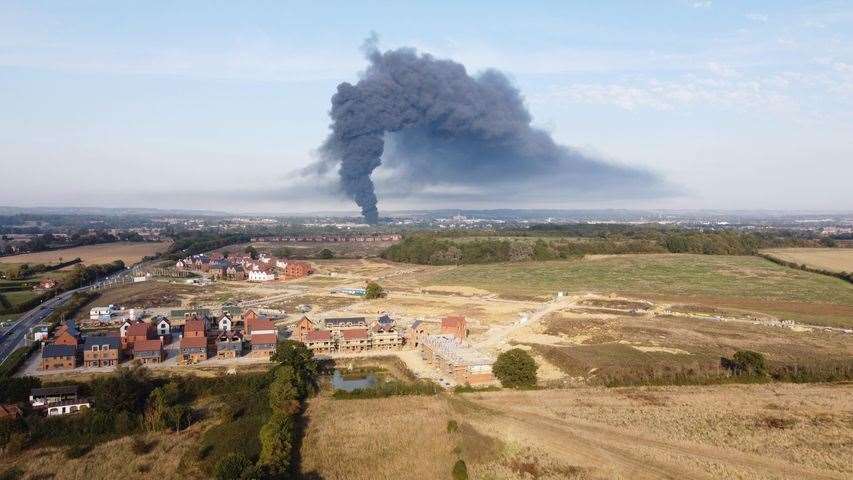 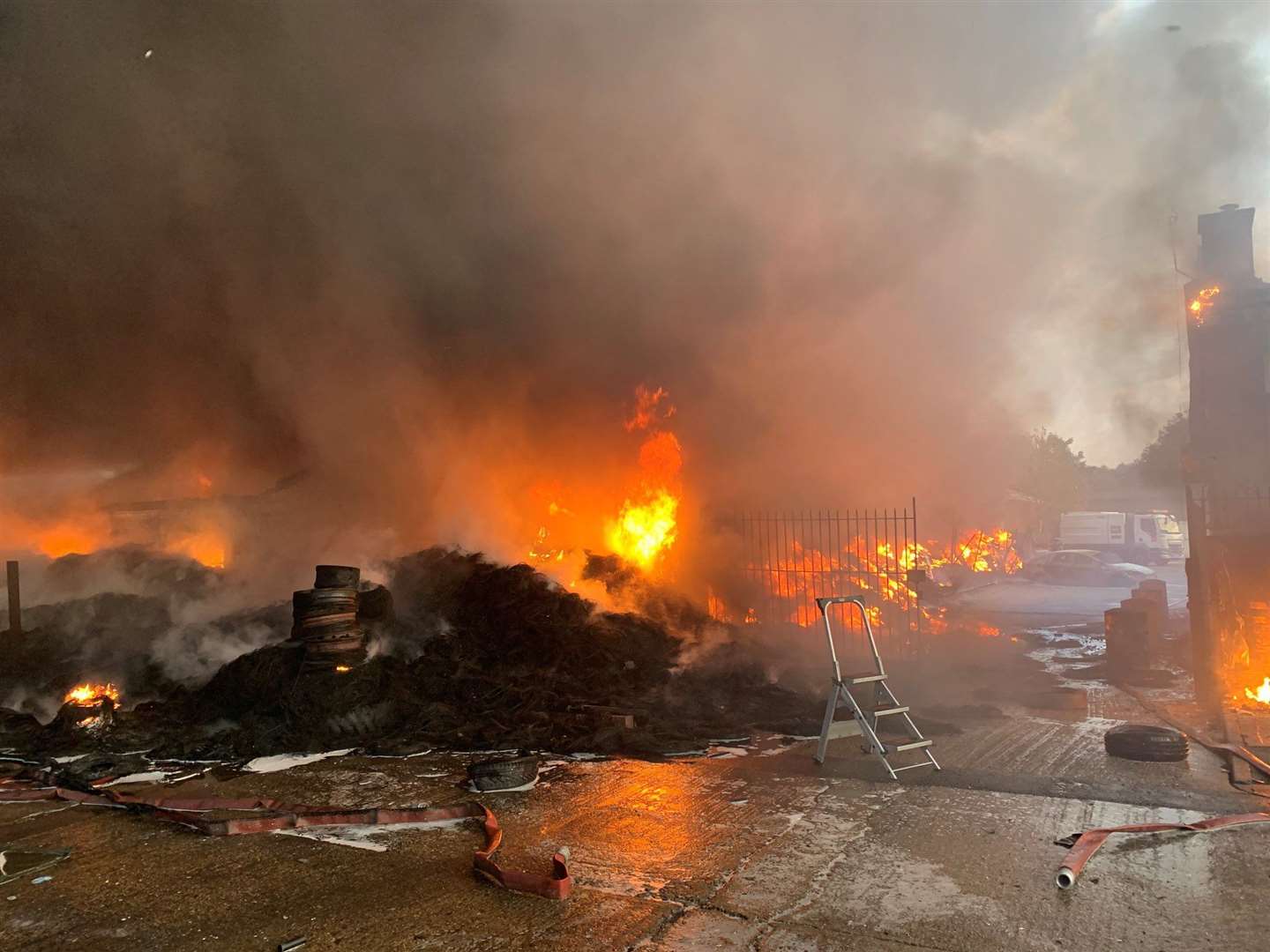 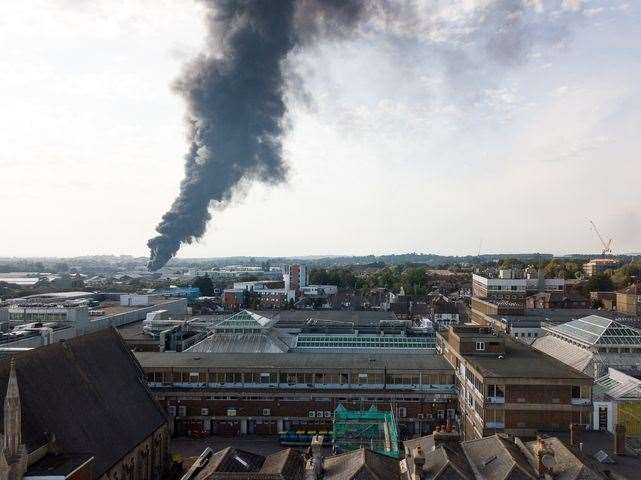