The medieval house where murderous knights are said to have plotted the infamous death of Thomas Becket is on the market for £1 million.

Extravagant-looking Conquest House in Canterbury is plainly titled as just a two-bed terraced home on Rightmove, but the 11th century building is far from your usual run-of-the-mill property.

History buffs have long appreciated its significance in shaping history thanks to its integral role in one of the world’s best-known assassinations.

Now - described as a “once in a lifetime opportunity to own a slice of English history” - the Grade II-listed Palace Street site is up for sale after an eco-friendly greengrocers firm moved out.

It means the timber-framed Conquest House is now freed up to be sold for £1 million.

Boasting four floors, the property is marketed for both commercial and residential use.

The sale coincides with the 850th anniversary of Becket’s gruesome death, when four knights misinterpreted King Henry II’s outburst and murdered the archbishop.

Reginald FitzUrse, Hugh de Morville, William de Tracy and Richard le Breton attacked Becket with such ferocity, they sliced off the top of his skull in the Cathedral.

Accounts suggest the four knights, who were eager to impress the King, rested and finalised their plans in Conquest House before making the short trip to the Cathedral.

Showcasing its importance in the legendary tale, the house’s carved hanging sign depicts one of the knights astride a horse.

The building is now steeped in history from across the centuries, with a number of additions since the original shell was built in 1107.

The exterior timber frame is in late Tudor or Jacobean style, the galleried hall is 14th century and the highly decorative fireplace dates to the 17th century.

An ornate coat of arms to commemorate the marriage of Charles I to Henrietta Maria, which took place at Canterbury Cathedral in 1625, is etched above the fireplace.

Classed as an historic building of Kent, the ground floor and undercroft have most recently been used as a shop, while the upper two floors have been for accommodation. 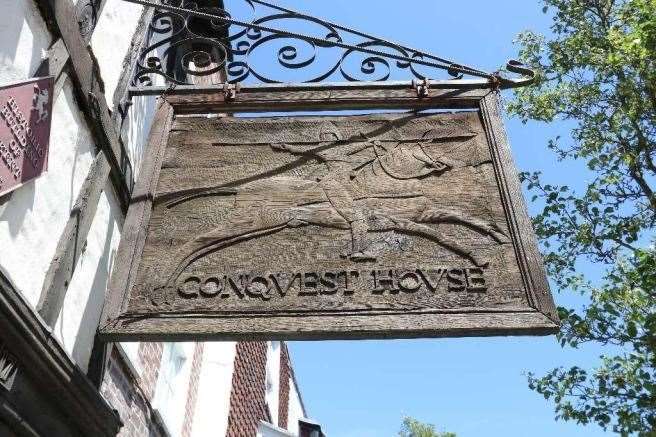 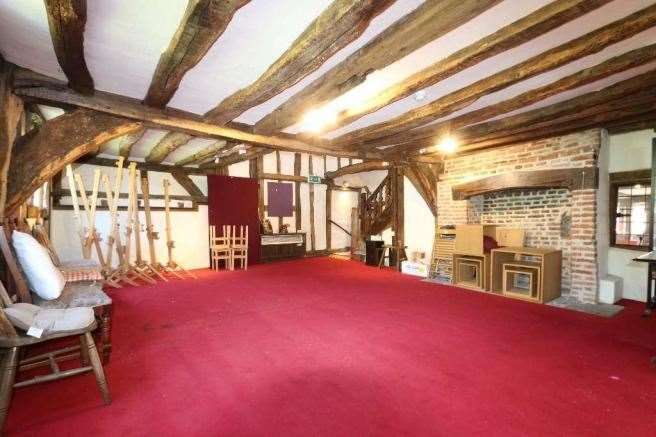 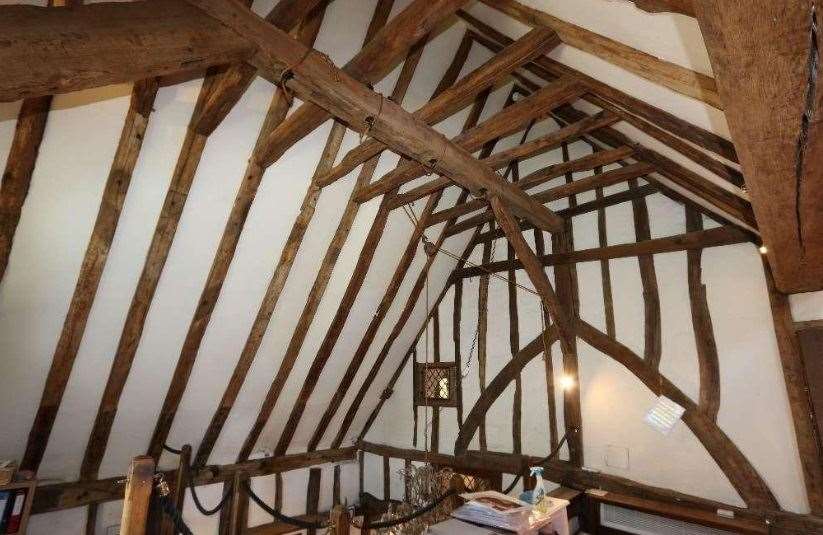 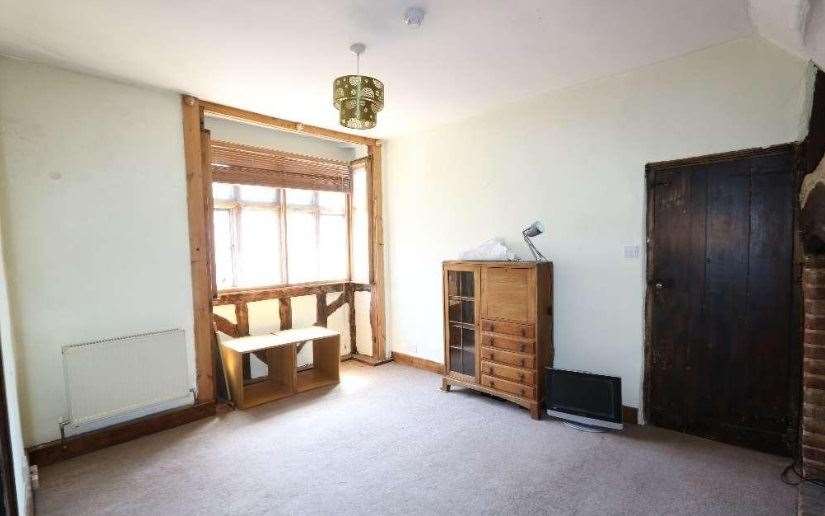 Conquest House is being marketed by The Good Estate Agent.