Planning permission for an outdoor activity park at Bluewater has been approved by council bosses.

An application for a Hangloose Adventure Centre to be built next to the Greenhithe shopping centre was given the green light at a Dartford council meeting last night.

It will see multiple activities, including a zip wire, gravity swing, skytrek obstacle course, rock climbing and a skydiving machine come to the cliffs next year. 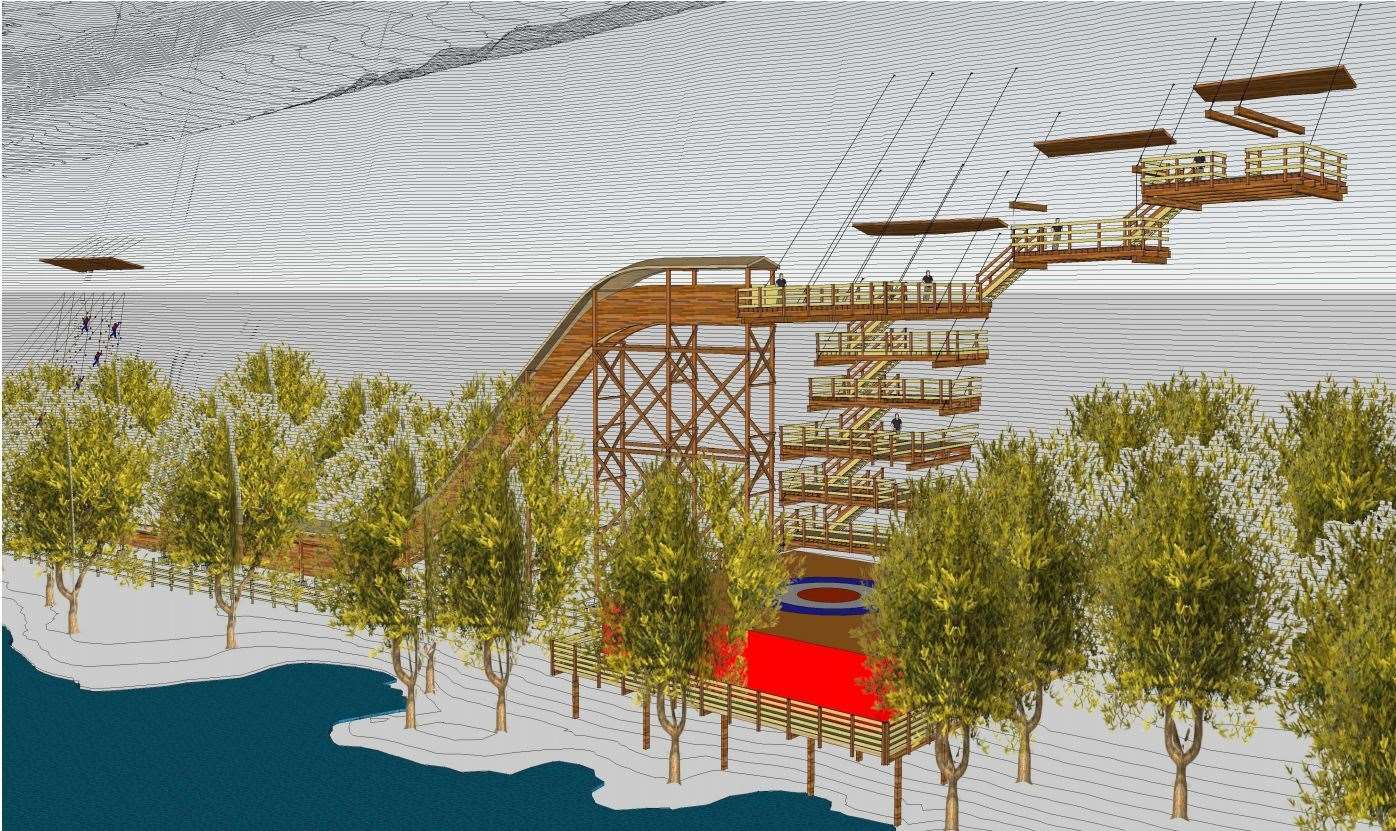 Further details in the application show an adventure platform that would see people freefall onto an airbag, or they can choose to go down a giant slide.

The proposed project hasn’t gone down well with residents who have sent nearly 100 letters of objections since the plans were announced.

A public consultation in November 2018 received 71 letters of objection, with people raising a number of concerns “relating to noise, vehicles parking in St James Lane and impact on bio-diversity”.

As a result, the applicant asked that the application was suspended before returning to hold a second consultation, where they informed residents that due to the length of time between consultations, their response from the first one in November would "hold little weight".

The second re-consultation resulted in 25 letters of objection and one letter of support.

Those against the plans highlighted issues including how visitors would likely park in surrounding areas, the problem of litter and light pollution and how some residents are unaware of the application and will be affected by works.

One letter of support highlighted there was not a similar type of adventure park like this in the south east and it would “benefit local groups such as the scouts”.

"Hangloose is one of the UK’s most loved family attractions and we look forward to welcoming them next year."

The approval comes subject to conditions, including work only being carried out between 8am to 7pm from Monday to Friday and 8am to 1pm Saturdays.

The centre will 'be the first of its kind' in the South East, with a similar project currently operating in Cornwall.

What do you think of the plans? Let us know at gravesend@thekmgroup.co.uk.