Gang jailed for hammer-wielding robberies at Colney Road Co-op, Dartford and others

A gang of hammer-wielding robbers wreaked havoc in supermarkets.

The group assaulted staff and stole cash and cigarettes at stores in Colney Road, Dartford, and Esparto Way, South Darenth and one other location.

The Co-op in Colney Road was first hit on January 3 when a trio of snood and bandana wearing men entered the store armed with a hammer and screwdriver.

They assaulted several members of staff to gain access to the till and safe before leaving the store with £4,100 in cash and cigarettes worth up to £3,000.

Five months later two men entered the same shop at around 7am on 6 June, announcing to staff: "We are back again, and we want some more".

They assaulted a shop worker and threatened other staff members with a hammer.

The men emptied the safe and filled a plastic bin with cigarettes and two bottles of alcohol. Cash and goods totalling almost £6,000 were stolen.

Team members at the Colney Road branch received an award from Co-op HQ for their bravery in the face of the "awful attacks".

Less than a week later on June 12 another supermarket in Esparto Way, South Darenth, was targeted at around 6.50am.

Two men assaulted two store workers and threatened them with a hammer before emptying the safe of two bags containing £2,300, as well as taking some cigarettes.

Officers recovered phone data, CCTV, forensics and images of their number plates linking the gang members to the crimes and they were arrested and charged.

All four offenders from the incidents were sentenced at Woolwich Crown Court yesterday.

Daniel Ramsden, 43, of Third Avenue, Eastchurch denied the charge but a jury found him guilty. 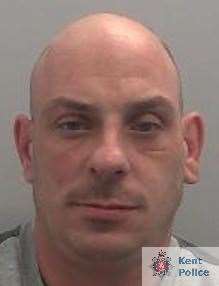 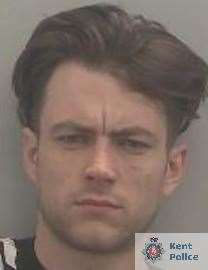 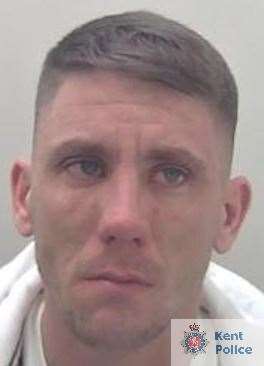 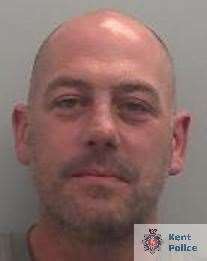 All four offenders from the incidents were sentenced at Woolwich Crown Court yesterday.

The officer in charge DC Rebecca Veares of North Kent CID, said: "These abhorrent individuals were prepared to use violence against innocent shop workers to thieve from local supermarkets.

"They repeatedly assaulted people, grabbed hold of them, pushed them around and threatened them with weapons, leaving them in fear for their lives. I am pleased we have secured these custodial sentences so that the gang can no longer pose a threat to members of staff and Dartford businesses."

• Daniel Ramsden was sentenced to 10 years for the offences on 6 June and 12 June.

• Aden Darwin was sentenced to eight years for offences on 6 June and 12 June.

• Danny Collins was sentenced to 11 years and six months for offences on 3 January, 6 June and 12 June.

• Mark Gottfried was sentenced to five years and four months for offences on 3 January.

Read more: All the latest news from Bexley and Bromley