A glorious harvest has been reaped for a growing project that provides hops for an independent brewer's latest beer.

Deal Hop Farm is a patch-work of 250 sites growing the crop in and around Deal.

Scroll down for more pictures

From its origins in 2017, it has seen hops sown and grown in the gardens, allotments and community spaces of 400 people.

Hop harvests started last week with some 138kgs being picked by members from 80 sites across the town. There will be two additional harvests this week and next.

The farm's brewing partner, the Time and Tide, has already used 50kgs of this year’s harvest to brew a Green Hopped Beer – Where the hops are used straight from picking into the brewing without being first dried). 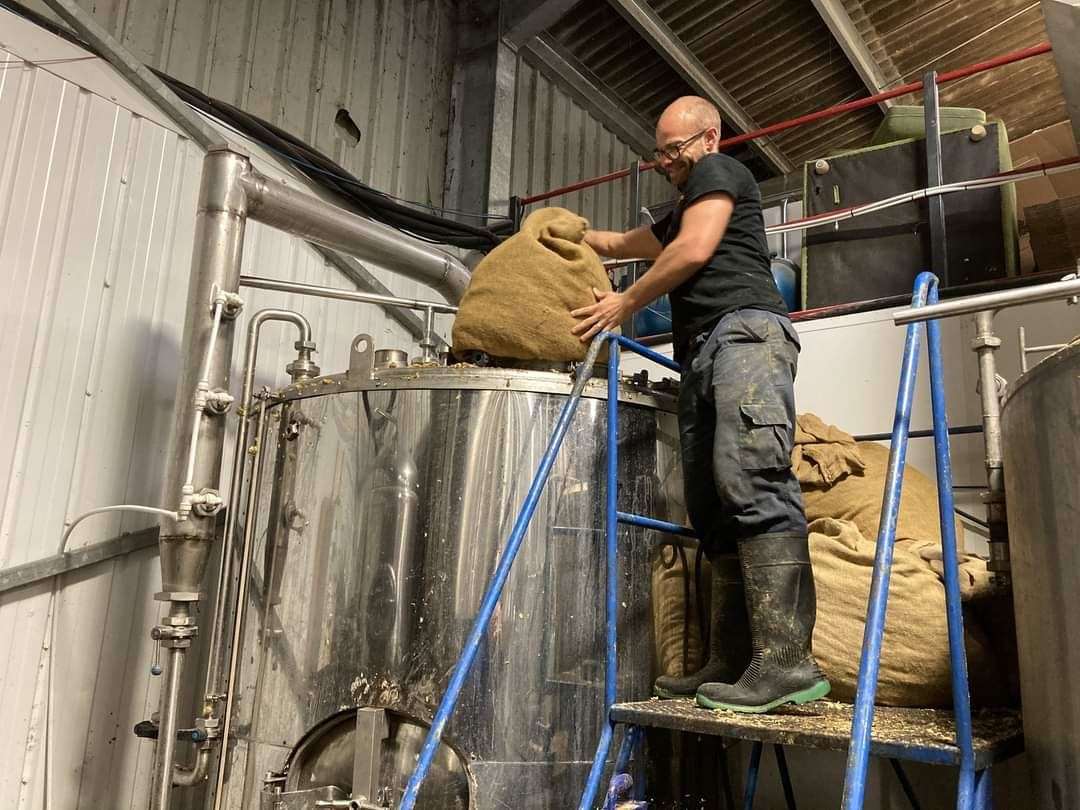 "In the spirit of the green hop festival, we have opted for a beer style which showcases the Prima Donna hops; a 4.8% Green Hop Pale Ale – clean, hazy pale ale with a wonderful floral and citrus aroma, hints of spice and a lovely balanced bitterness with a straightforward malt bill to really let the hops shine.

"It will be available for delivery from September 14.

"We’ll package it in limited cask, 5l mini keg and 440ml cans, and as per all our products, it will be unfiltered, unfined and vegan friendly.”

Project coordinator, Steve Wakeford said "This year has been a difficult one both from the growing aspect but also from the impact of COVID.

"So much of reward of being involved in the project for our members is the social and celebratory one of the harvest and of our community.

"Much of that has had been curtailed this year.

"Still the harvests are quiet joyous happenings and there are a lot of smiles under those masks. Also the great beer helps …"

The next harvest dates is tomorrow (Thursday) and September 17.