Regatta week has returned to Deal bringing "so much joy" to those taking part, including spectators and organisers.

Saturday and Sunday were packed with traditional seaside events for all the family and more are to come from Wednesday through to Friday including the town's highlight on Thursday - Deal Carnival.

John Trickey chairman of Deal Community Carnival Association, said people have been so appreciative of the work put on by the committee and volunteers where the seven day spectacle could not happen last year.

And in some cases, changes made because of Covid have actually made the events better.

He said: "We have got so much joy over the last couple of days.

"We only found out that we could go ahead on the 20th after restrictions were lifted on the 19th. We had a few busy days getting things organised."

He added: "Starting with the Teddy Bears Picnic on Saturday, it was fabulous. It was so emotive was so lovely to be back.

"Where we had fewer volunteers, we had to restructure the event to save from queuing but it was maybe one of the best ever.

The fun was followed by the Party on the Green with DJ Gareth Hopkins playing music from the 80s and 90s. This was followed by fireworks at dusk sponsored by Forrest Amusements.

Sunday brought energetic fun to the seafront and shingle.

It started with The Dinosaur 10k run starting at Deal Castle at 10am. This was won by Andy Stevens of Thanet Roadrunners in 00:35:29.

A statement on the club's website said: "A huge thank you to all of our volunteers today at the Dinosaur 10k, despite things being a little different this year, not least some rain, the race went well and I saw lots of happy runners. Well done to all the marshals out on the course who I didn't see, and get to say thank you too."

This was followed by the 1000m sea swim starting at the Downs Sailing Club. This year 43 swimmers coursed to the pier and back. The results have not been made public yet.

Owing to the late confirmation that the activities could go ahead, fewer groups were able to make rafts for the Castles Raft Race. Subsequently there were just three entrants.

After 750 metres of paddling co-odination (or not) the winner was The Last Raft, followed by Wet Dreams and The Gnashers, manned by crew from the Walmer RNLI station.

Mr Tricky said: "The Lorry Pull, as always, was packed. It was a different sort of people - more visitors to Deal this year.

There were three categories and each had two entrants. The winners were: Men: The Men's Bodyworks, Women: Bodyworks Ladies, Juniors Deal Regatta Court.

"For the carnival we've got a variety of entries and we're still taking entries right up until the time we pull away. We're looking forward to it."

Events coming up include:

Wednesday: Deal Baby Show at Betteshanger Sports Club in Cavell Square, Deal from 1.30pm and the Party on the Prom with fireworks from 6pm.

Friday: This year the Caribbean party, at 7pm in Beach Street, is in memory of Michael Wools, a long standing supporter of the carnival who continued the legacy of wife, the late Pat Wools a former carnival association president. 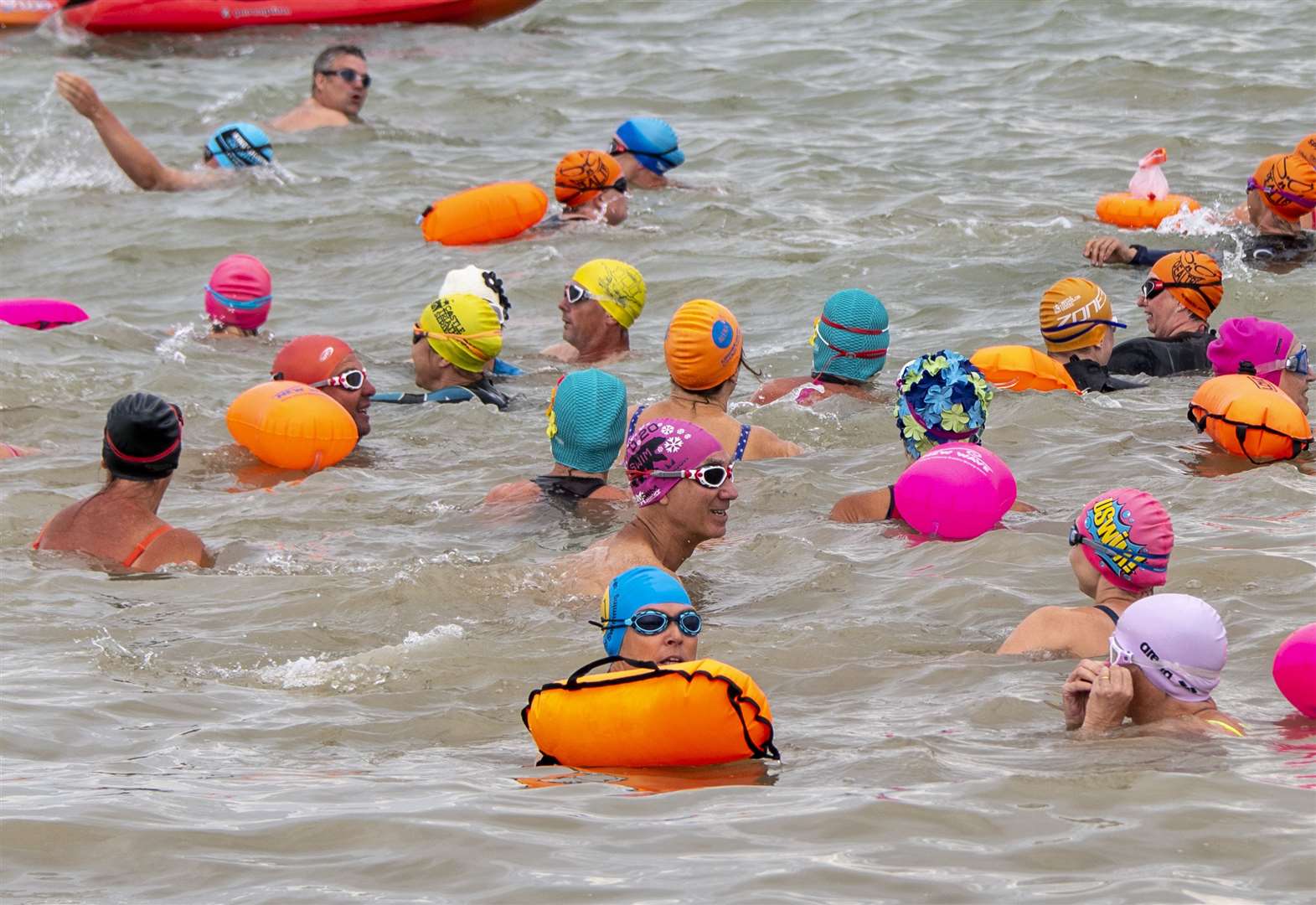 "For the carnival we've got a variety of entries and we're still taking entries right up until the time we pull away. We're looking forward to it."