Almost an entire village gathered last night to remember a nine-year-old schoolboy on the first anniversary of his death.

The candle lit vigil for nine-year-old Josh Harber took place outside his family home in Target Firs in Temple Ewell, Dover, with more than 100 people in attendance.

The Tottenham Hotspur fan and junior member at Dover Rangers FC died on July 9, 2019, two days after being diagnosed with acute myeloid leukaemia.

He left behind his grief stricken parents Dean and Danielle and two brothers, Jack and Lewis, now nine and 14, respectively.

The commemoration had been planned to take place on the field at Josh's former school, Temple Ewell Primary.

But due to his mother's health requirements to shield, friends Emma West and Kylie Christie arranged for the venue to be moved to an area outside the family home. 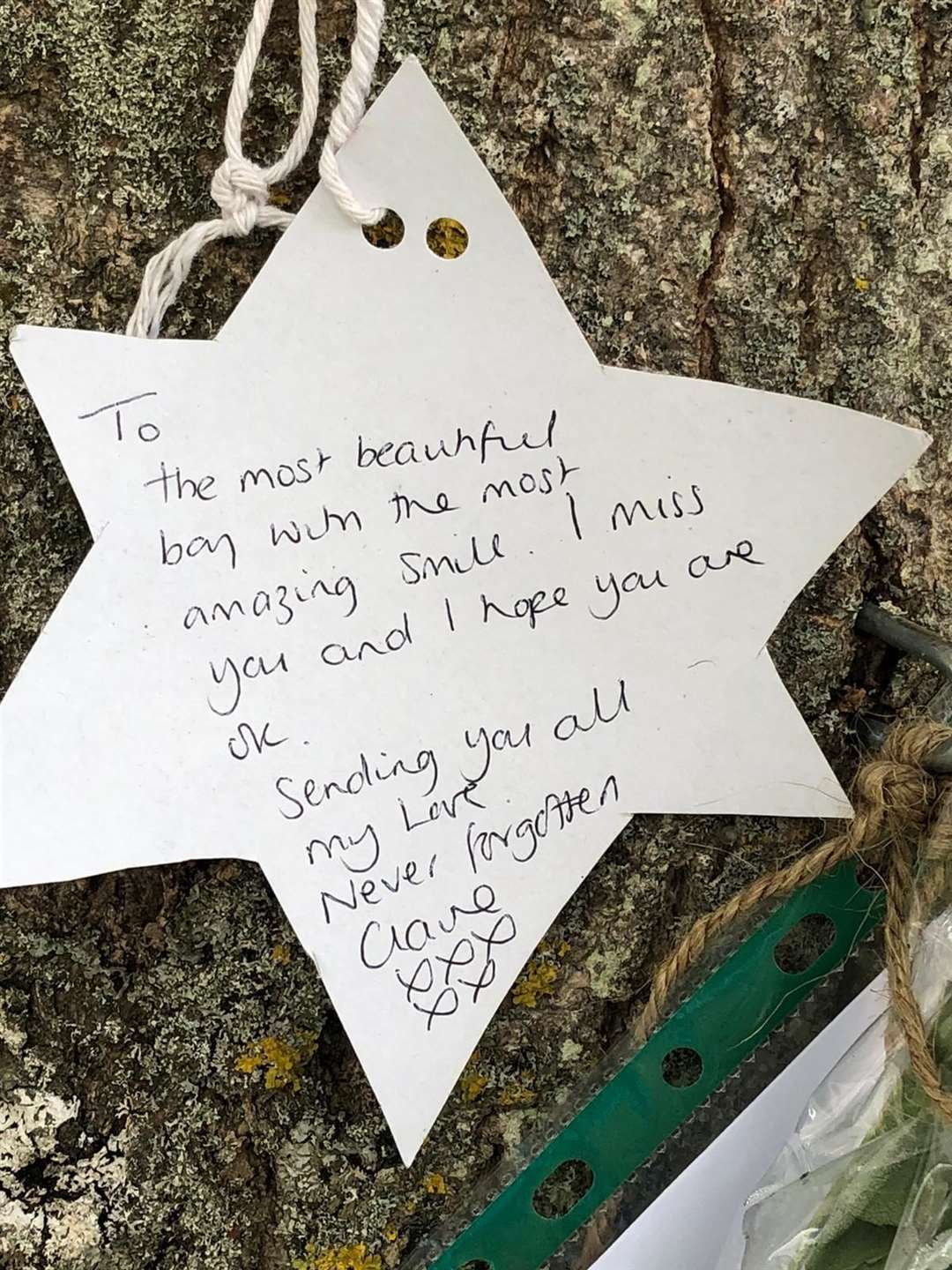 They lit LED candles and placed them around the base of a large tree, alongside heartfelt handwritten messages, balloons, lanterns and foil windmills.

A single rose was also been placed down by the youngster's girlfriend, Honey.

Those who couldn't attend lit candles at home and shared pictures with the family or on social media.

Mrs Harber said: "We wanted to do something to celebrate Josh's life and were are truly touched with the spirit of everybody in memory of our boy.

"There was a great turn out with over 100 people leaving notes, pictures and memories of their time with Josh.

"It's been a very, very hard year and it's still so unbelievable. It all happened so quickly and there was no warning. It just feels like the last year has been a blur.

She added: "We'd like to thank the whole town, village and school for their love and support, over the past year and still today."

A collection to Josh’s Gold Star Fund, a charity set up to help raise funds for treatment and research into childhood leukaemia, was also held.

Thanks to a fun day and charity boxing matches, his family have already raised £17,000.