Pictures have emerged of more migrants arriving at Dover today.

It's understood at least 100 migrants have crossed the Channel to Kent in small boats since the early hours.

The RNLI says it rescued at least 34 people in the Channel this morning, with one man arrested on suspicion of illegally piloting a boat.

One image shows around 18 men, some wearing masks, on board the RNLI lifeboat, Fraser Flyer, with the Border Force close by.

Another picture shows people disembarking a Border Force vessel, while in another people are seen sitting on the beach.

The Home Office has been contacted for more information about any landings or rescues in the Channel today.

A response had still not been received at 6.30pm.

But people on social media are suggesting today could be a 'record day' for people travelling towards Kent from France.

Graham Tutthill said on Twitter: "@doverlifeboat brings migrants into Dover after pulling them from the sea.

"Looks like a record day today. Dozens of inflatables in the Channel. Others landed at St Margaret’s."

More as we get it. 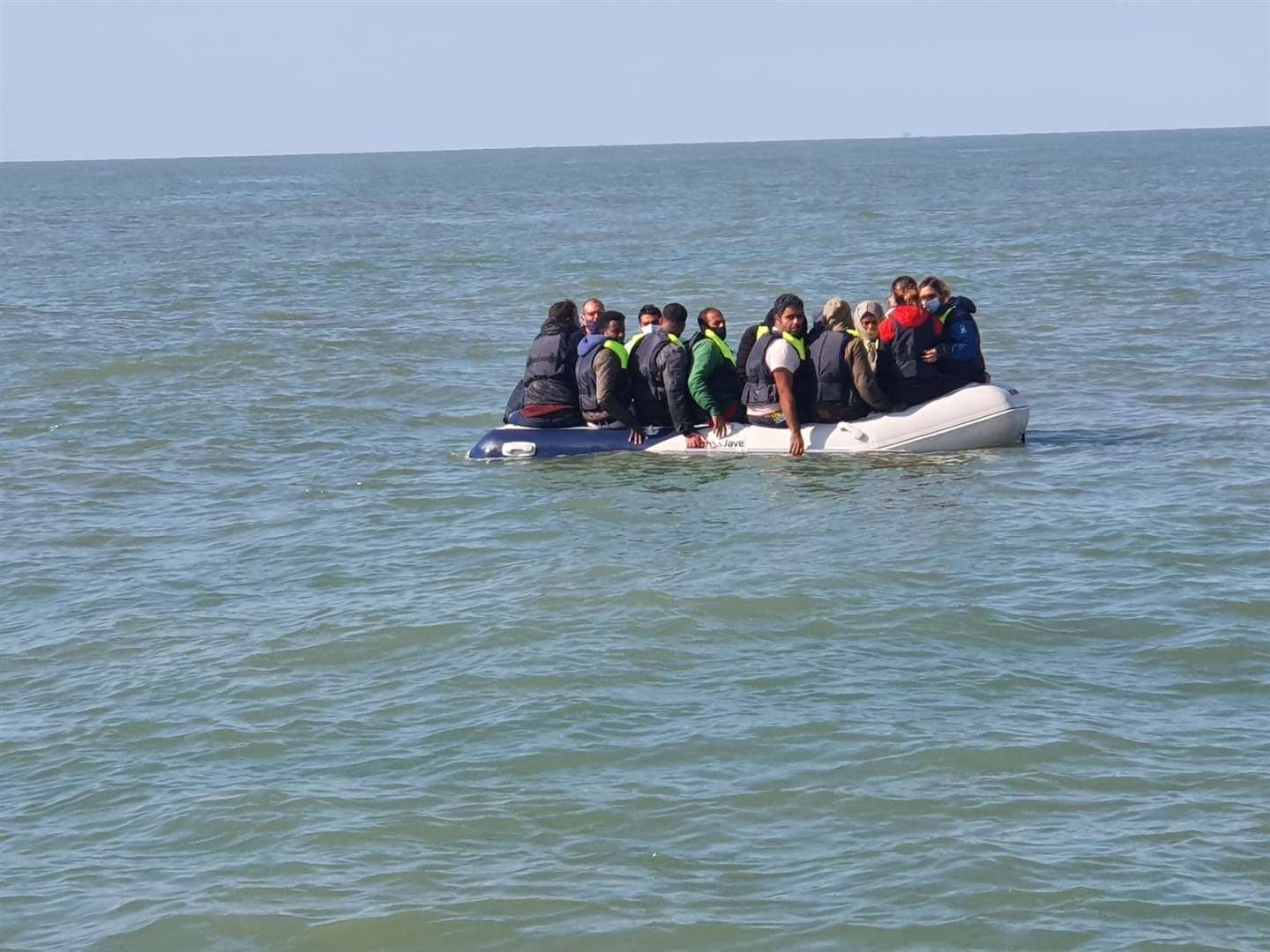