Fire breaks out at Napier Barracks in Folkestone

Riot police have been called in to Napier Barracks in Folkestone after a disturbance and a fire.

There were dramatic scenes as a huge emergency presence attended the military barracks, which are currently housing asylum seekers.

Fames are shooting out of a building at Napier Barracks. Video: Lucy Jackson

Videos emerged showing flames and extensive damage done to the inside of at least one of the buildings.

Riot police have entered the barracks to deal with an "ongoing disturbance".

While the fire is now under control a heavy emergency presence remains at the scene and specialist teams have been sent in to deal with asbestos after fears the building ablaze contained the hazardous material.

There were unverified reports people at the barracks had started a disturbance this afternoon an thrown beds and furniture out of one of the buildings.

The police helicopter was seen hovering overhead as residents watch emergency crews continue to tackle the situation, which has been ongoing since 2.42pm.

Both Hospital Hill and West Road have been closed in both directions due to the fire, which is between Royal Military Avenue and The Corniche.

A KentOnline reporter at the scene reported being told to move away from the scene due to fears of asbestos fumes in the smoke.

A police spokesman said: "We were called to a report of a disturbance at Napier Barracks in Folkestone at around 2pm today.

"There was also a report of a fire in one part of the building. Officers are at the location, along with Kent Fire and Rescue Service.

"At this stage there have been no reported injuries and enquiries remain ongoing to determine the cause of the fire and establish whether any offences have been committed".

Just after 6pm a fire services spokesman said: "The fire within a single storey building at Napier Barracks in Folkestone is under control, and firefighters are damping down remaining hot spots.

"The earlier advice for those in the surrounding area to close windows and doors due to smoke has now been lifted, however people are still advised to avoid the area while emergency services are working at the scene."

A spokesman for the Kent Refugee Action Network said: "We don't yet know exactly what has happened but what we do know is the barracks are unsafe with many cases of Covid being confirmed, and positive cases sharing dorms with those who had tested negative.

"Those inside were at risk and becoming more and more desperate at the lack of action.

"It should have already been emptied and closed down.

"Had the Home Office heeded the calls to act urgently we would not be in this position now.

"We hope all residents, staff and emergency workers responding to the situation are safe."

Kristina Curtis at the scene

Police continue to investigate the circumstances late this evening and say the fire, which has caused a significant amount of damage to at least one part of the site, is suspected to have been started deliberately.

Enquiries remain ongoing to identify those involved and no arrests have been made and no serious injuries reported.

Detective Chief Superintendent Andrew Pritchard said: "We are carrying out enquiries and working with partners including the Home Office and KFRS to establish the circumstances surrounding this serious incident and the identities of those who may have been involved.

"Whilst the exact nature of the disturbance and any potential links to the fire are still being investigated, it would be inaccurate to refer to the disturbance as a riot and it is not being treated as such.

The Home Secretary Priti Patel described the incident as "not only appalling but deeply offensive to the taxpayers of this country who are providing this accommodation while asylum claims are being processed".

She said: “This type of action will not be tolerated and the Home Office will support the police to take robust action against those vandalising property, threatening staff and putting lives at risk.

“This site has previously accommodated our brave soldiers and army personnel – it is an insult to say that it is not good enough for these individuals. I am fixing our broken asylum system, and will be bringing forward legislation this year to deliver on that commitment.”

Folkestone and Hythe MP Damian Collins said: “I have discussed the situation at Napier Barracks this afternoon with the Home Office. There can be no excuse for what has happened there.

“The fire could have led to loss of life and I would like to thank our emergency services for the way they took charge of the situation. 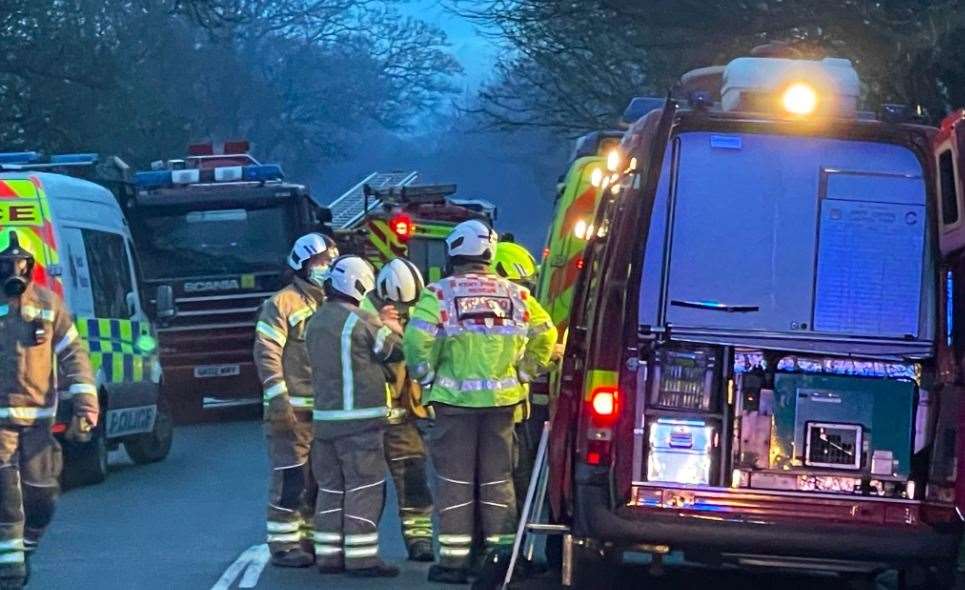 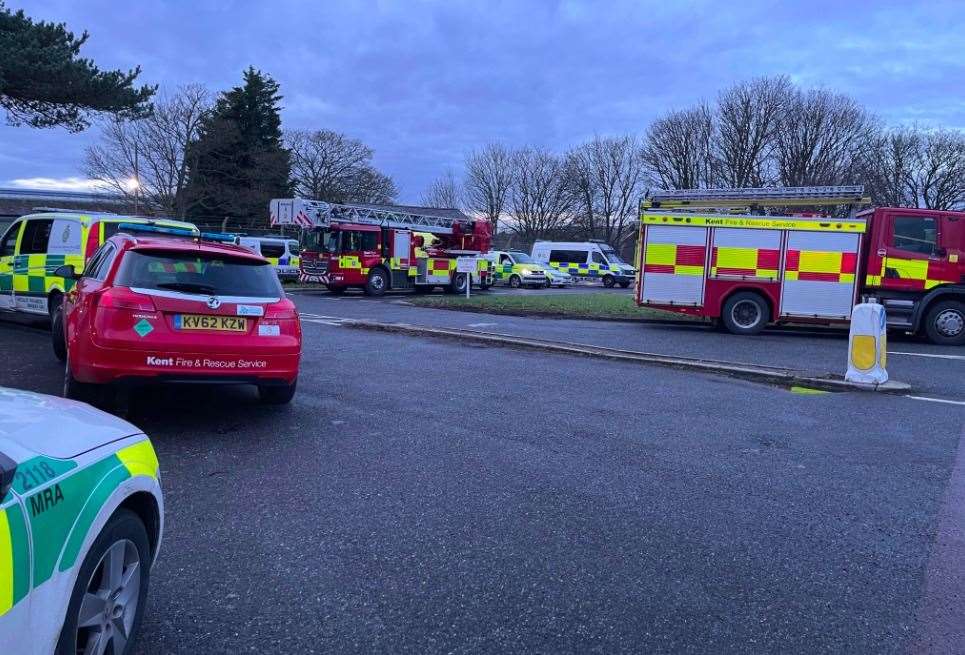 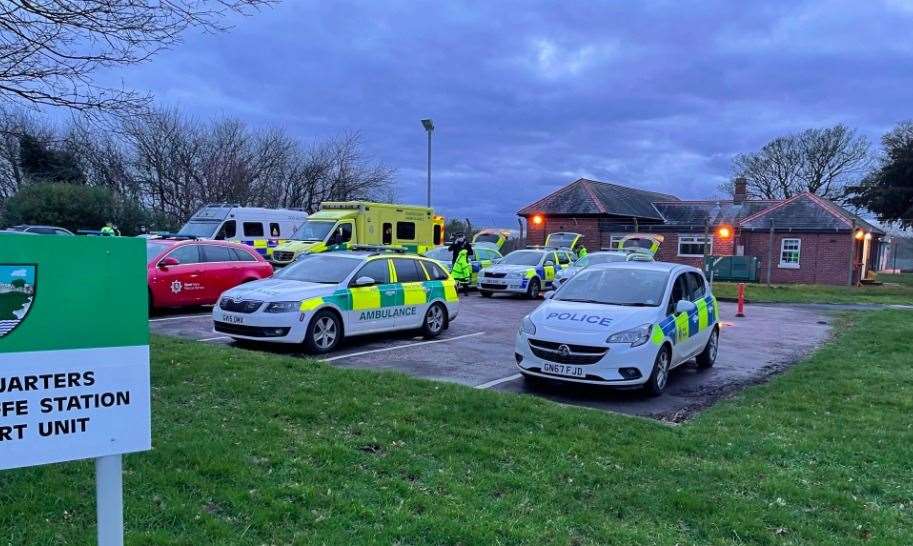 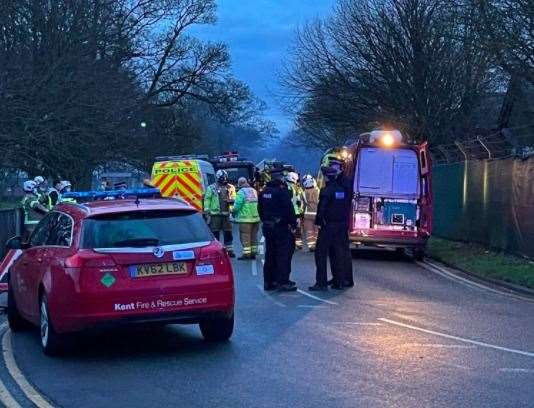 “The Home Office have assurred me that there will be a full police inquiry into the events at Napier Barracks leading up to the fire, and that those found to be responsible will face criminal charges.

“The asylum claimants staying a Napier Barracks were in a facility that was safe and secure, where they were being provided with food and shelter at the taxpayers expense. This is a difficult time for the whole country and these actions have put more strain on public resources.

“Alongside the police investigation into the events at Napier Barracks there will also be a review of the security of the site and the use of the remaining facilities there.”

This is the latest in a number of incidents concerning the barracks recently, amid controversy over the conditions that the asylum seekers are being kept in.

In recent weeks, many of the service users have taken to sleeping outside and going on hunger strike to demonstrate against the reportedly cramped and unhygienic living conditions.

In addition, Covid-19 has spread through the barracks and it is claimed more than 100 people have tested positive for the virus.

Just yesterday, a protest at the conditions saw activists throw fake blood at the gates in an apparent message to Priti Patel.