This is the moment a garage caught fire after an early morning explosion.

Residents in Caling Croft, New Ash Green, recalled hearing a "large boom that sounded like gunshots" at around 6am yesterday.

Emergency services were quickly on the scene to tackle the garage blaze, with some residents from Meopham and Hartley saying they heard a loud bang.

The fire service were at the blaze at 5.55am, where two fire engines attended and crews wearing breathing apparatus used a hose reel jet and water from a hydrant to put the fire out.

There were no reported injuries and the cause is not yet known.

One video shows grey smoke billowing from the back of a garden before an explosion that makes the fire bigger. 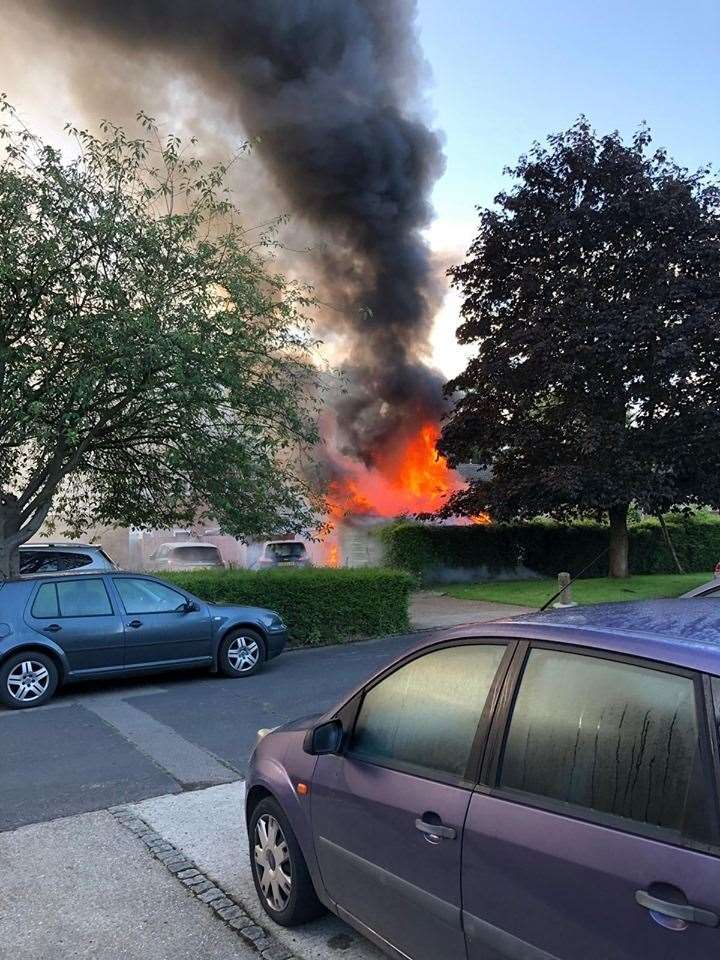 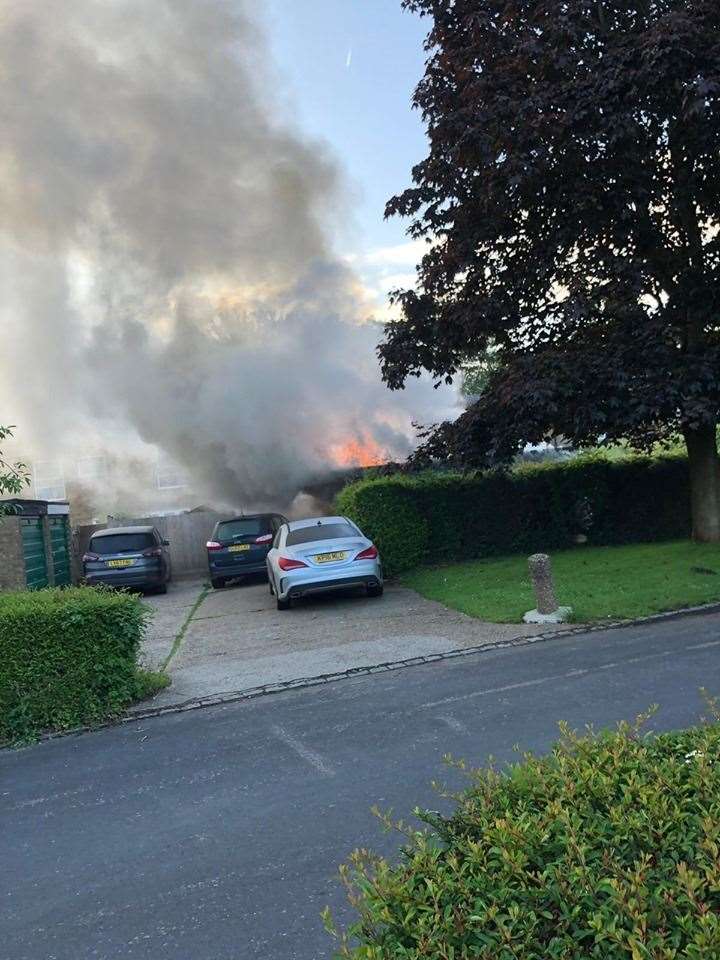 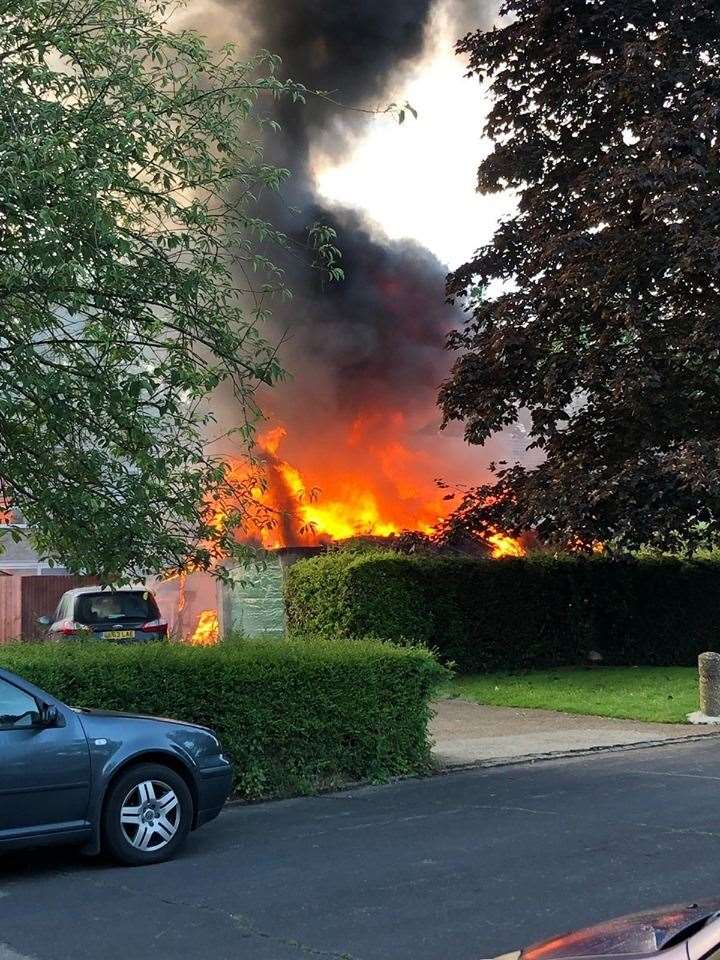 New Ash Green resident Sue Ryan, who captured the dramatic fire, said: "I was just leaving for work when I heard a small bang but wasn't sure where from at first then saw the smoke coming from the garage.

"My partner looked round the back and saw smoke and flames coming out from under the leaves so I rang 999.

"Then about five minutes after that there was a huge bang and the roof of the garage blew off."

Debris from the destroyed garages was laid outside the properties later that day having been torn through by the fire.

Jane Merritt-Neaves, of Church Road, was woken by the bang on Monday.

She said: "A loud bang woke me around 6am. I heard a few didn't shouts too. I only live about 80 metres from the garage that exploded. I didn't see anything, not even the smoke.

"Fire engine arrive a few minutes later. It was a very fast response, although I heard later that they had already been called as the garage was in fire before the explosion.

"I thought a lorry had crashed outside my bedroom window. It was lucky it didn't happen later in the day as things may have been different."