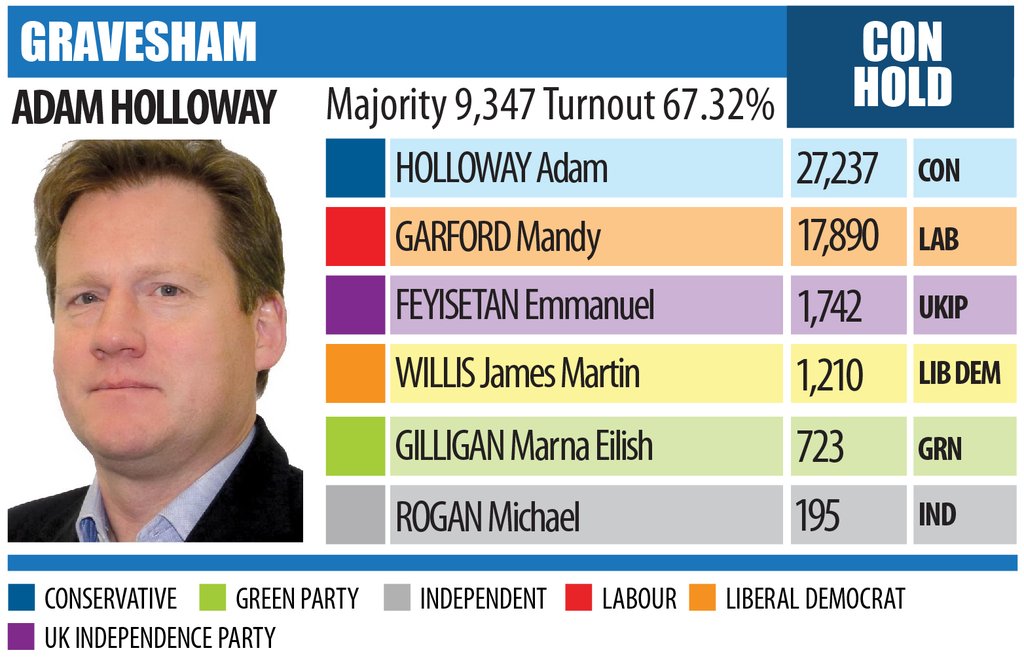 Labour supporters had watched with interest through the night as their party made gains around the country, but such an upset was not to be had in Gravesham - candidate Mandy Garford came in 9,347 votes behind Mr Holloway, with 17,890.

Speaking after the result Mr Holloway stressed repeatedly his party would have to work harder to fight the concept of a "magic money tree" which he felt had appealed to Labour voters.

"One of the Labour councillors said tonight that it was the first time there had been a choice in a long time, and in a way it's true," he said.

"You've always had Labour and the Conservative party tinkering in the middle ground, and actually the Labour party gave a very clear choice - higher taxes, much higher public spending, a state that was going to look after people - and I think the challenge now for the Conservatives and others is to counter that argument.

"We talk about public money - there aren't great reserves of gold that the government are just keeping to themselves. This money is ordinary tax payer's money or it's money we're borrowing from generations of unborn people."

He thanked voters in Gravesham and added: "They didn't vote for me because I'm perfect, I think they voted for me because they know I'll continue to do my best for them regardless of how they vote.