Travel guide publisher Lonely Planet is well-known for picking out the hidden gems of far-reaching communities - everywhere from south east Asia to the United States.

Today the company has released an Ultimate United Kingdom Travelist, ranking the top 500 experiences in the country.

Margate's Shell Grotto and Canterbury Cathedral are just two of the 14 Kent spots featured in the guide, with the full list below.

14. Taking the fast train to Margate

The home of the UK's oldest rollercoaster at Dreamland funfair and the Turner Contemporary, Margate is far more than a beach - although its sandy plains are of course, a redeeming feature.

The Tom Thumb theatre is one of the smallest in the world with the Winter Gardens having The Beatles and Kaiser Chiefs among the alumni.

The harbour arm, Margate Museum and the Shell Grotto, which also features in the top 14, can also be added to the long list of things to do in this seaside town.

Winding passages lined with 4.6 million shells, this is one of Margate's hidden gems.

The grotto is said to have been discovered in 1835 when a James Newlove lowered his young son into a hole in the ground while digging a pond. When the boy resurfaced he said he could see hundreds of shells embedded in walls.

The creator of this adorned cave still remains a mystery, with pagans or a secret cult among suggestions.

Mr Newlove opened the grotto to the public in 1838, and it now welcomes visitors throughout the year.

Set across 320 acres, Bedgebury Pinetum is home to 12,000 trees, and is one of the largest collection of conifers in the world.

Species include the coast redwood, which can grow to 300ft or taller.

Cycle tracks weave through the forest, with a Go Ape adventure trail in the tree tops above.

Various events including live music concerts are held on the open plains hidden among the trees.

This Michelin star pub-restaurant has a multitude of accolades, recognised for its refined menu and striking coastal setting.

Oysters being what Whitstable is famous for, it's no surprise this shelled delicacy is one of the favourites among guests.

Braised turbot fillet with a mussel and bacon tartare, and smoked, maple-cured pork loin with chorizo sauce also feature on the award-winning menu.

Run by brothers Philip and self-taught chef Stephen Harris, it has become a popular haunt for celebrities in recent years, with booking needed to be made several months before a visit. 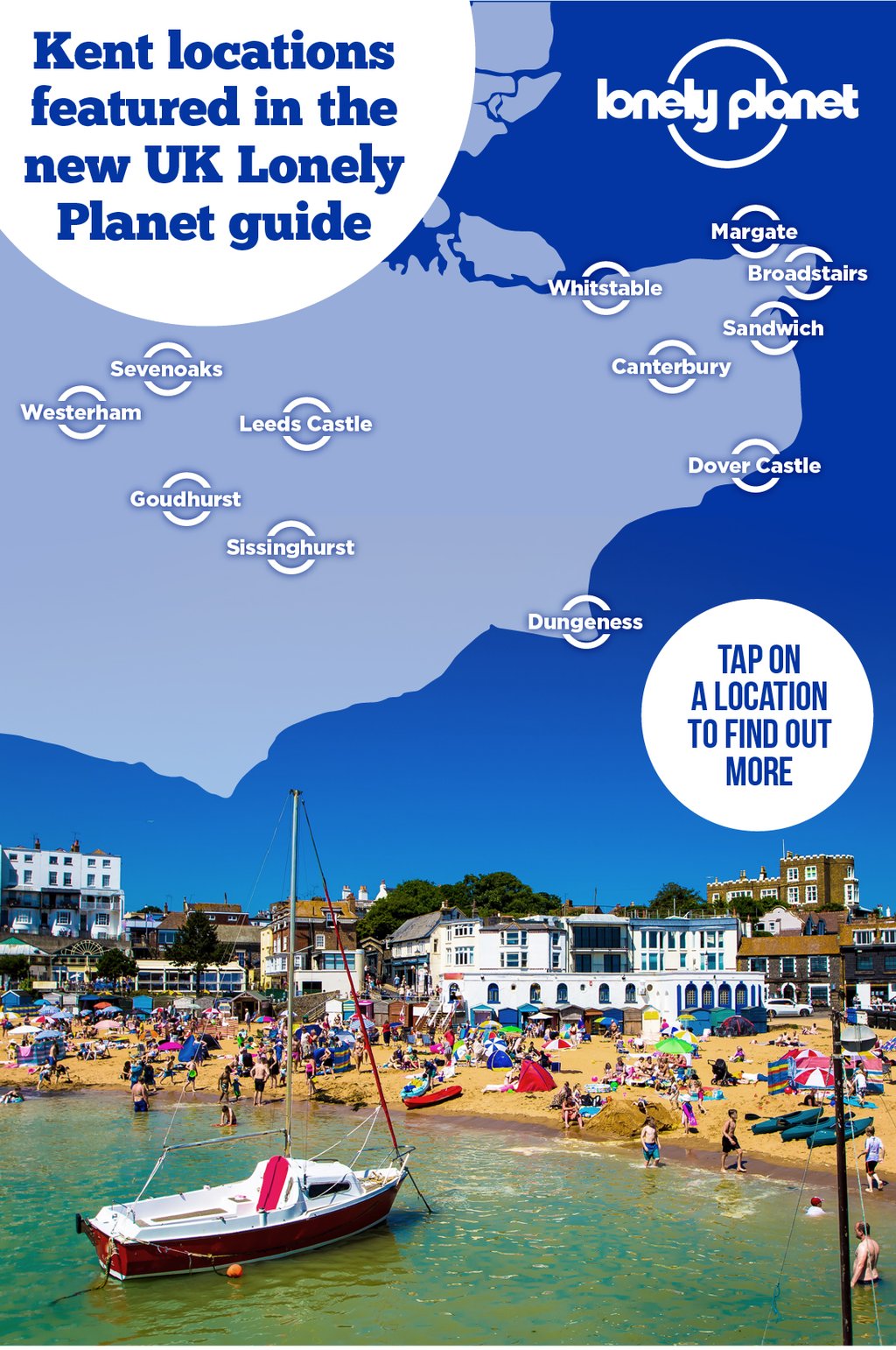 In the centre of the grounds lies Knole country house, originally built as an Archbishop’s palace, which has been passed from royalty to the Sackville family, who still live here today.

With the 1,000 acre grounds governed by the National Trust, entry is £5 per car and there is a tea room on site offering tea, cakes and other light refreshments.

Another National Trust site, Sissinghurst Castle Garden has had an interesting history.

It started life as a Saxon pig farm, spent time as a prison in the 1700s and was also a woman's land army base.

Poet and writer Vita Sackville-West began transforming the gardens in the 1930s, which is now divided into a segments, each with its own theme.

The old castle buildings can be explored, including the tower which offers a view across the grounds.

The Westerham home of Sir Winston Churchill, Chartwell is filled with pictures, books and mementoes of his extraordinary political career through the midst of a world war.

Lakes, a rose garden and a playhouse built for his youngest daughter lie within the grounds of the large manor house, with rooms left much as they were when Churchill resided here.

Beyond the gardens, there is an expanse of woodland with looped trails and natural play areas, which can also be explored.

Mother church of the worldwide Anglican Communion and base for the Archbishop of Canterbury, this World Heritage remains one of the most visited places in the country.

Pilgrims have made their way to Canterbury Cathedral since the Middle Ages, as famously cited in Chaucer's Canterbury Tales.

It has been a place of worship for more than 1,400 years.

A pivotal moment in the cathedral's history was the murder of archbishop Thomas Becket in 1170.

6. The medieval town of Sandwich

The medieval town of Sandwich is both picturesque and crammed full of history.

Regular boat tours run on the River Stour, alongside a windmill, nature reserves and churches.

There are plenty of country pubs and tea rooms to frequent after a gentle stroll around the quaint streets or a spot of fishing at Stonar Lake.

Dover Castle has stood on Kent’s iconic White Cliffs commanding the gateway to the realm for nine centuries.

At its heart stands the magnificent Great Tower, built by King Henry II.

You can explore the secret wartime tunnels underneath the stone floors - a hiding place during World War Two - or take a tour of the underground hospital, complete with original equipment.

Famously referred to as "the loveliest castle in the world", Leeds Castle was once part of Henry VIII's huge estate, used mainly while he was married to his first wife, Catherine of Aragon.

A moat surrounds the medieval castle with punting trips running throughout the summer.

The restaurant overlooks the Maidstone castle, with several other cafes dotted within the grounds.

Peacocks can be seen strutting around the 500 acres of grasslands, as well as swans and ducks.

Events run at the castle all year round including a popular firework display and classical music concert.

The Romney, Hythe and Dymchurch Railway (RHDR) has run steam and diesel locomotives since 1927.

The 13.5 mile track starts at Cinque Port in Hythe, with the last station being national nature reserve, Dungeness.

"I think it’s the mix of modern and heritage which makes the RHDR truly unique and so popular among all."

The railway has 11 mini steam trains, which Jade says are "a child's perfect introduction to steam railways".

The town was one of Charles Dickens' favourite holiday spots, a short distance from his home in Medway, and Dickens House Museum displays many of the novelists possessions.

It still retains its vintage decor, complete with a soda fountain, jukebox and pink leather seats.

Started in the 1980s by a group of volunteers in the back of a pub, the Whitstable Oyster Festival has continued to grow ever since.

Thousands turned up to the festival last month, celebrations kicking off with the landing of the oysters – which saw three men in traditional fishing garb haul oysters ashore.

An oyster parade through the streets, tug of war and the world famous oyster eating competition are other notable highlights.

Nev Hatton won this year, gulping down six of them plus half a pint of beer in less than 10 seconds.