The hop scene in Kent is thriving, with 33 new pubs and five new breweries finding their way on to the hallowed pages of the Good Beer Guide.

And the Admiral's Arm in Queenborough has been named the best boozer in the county after beating Strood's 10:50 from Victoria and will now compete for the Campaign for Real Ale's (CAMRA) Pub of the Year title, with the winner announced in February.

The nautical-themed two-room micropub serves four real ales and a large range of ciders and perries, boasts an extensive range of gins and has a menu which includes beer-infused pork pies and scotch eggs.

The Good Beer Guide, which reviews over 4,500 pubs across the UK and is in its 47th , is widely considered to be the beer drinker's bible and is published today.

This year a total of 145 Kent pubs and 47 breweries made the cut. 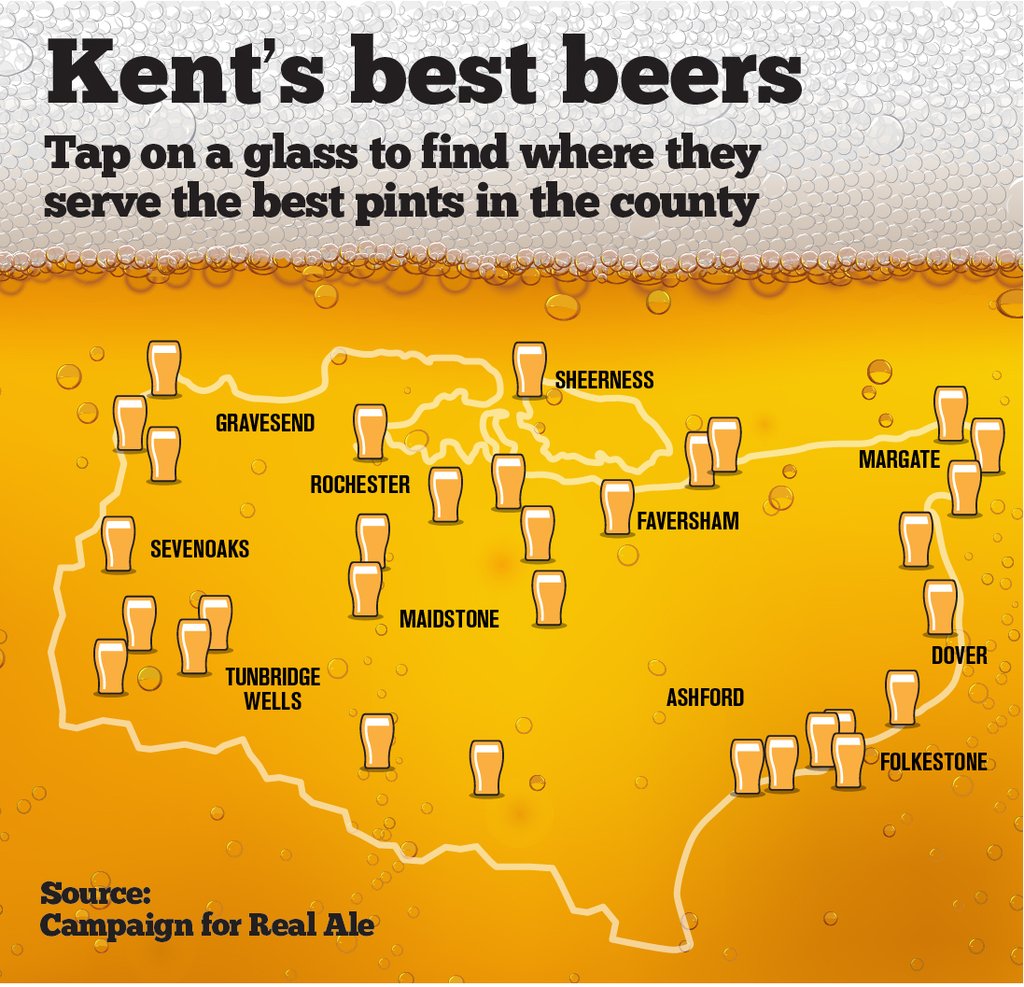 The new pubs are:

Tom Stainer, CAMRA’s chief executive, said: “For nearly five decades, the Good Beer Guide has been a comprehensive guide to the UK’s breweries, their ales, and the best outlets to find them in across the country.

“What makes the Guide unique is that all the entries are compiled and vetted by a huge volunteer team, based around the country. We work hard to ensure that all areas of the country are covered and, unlike with some competitor titles, inclusion in this book is dependent only on merit, not on payment.

“The Good Beer Guide has always had an important role in acting as a barometer of the beer and pub industry. We believe information gleaned from the Guide is absolutely vital in the drive to save our pubs from closure and campaign for policies that better support pubs, local brewers and their customers.”

The guide can be brought here.