Crews use jaws of life to cut woman free

Crews use jaws of life to cut woman free

Archbishop attends the Blessing of the Seas 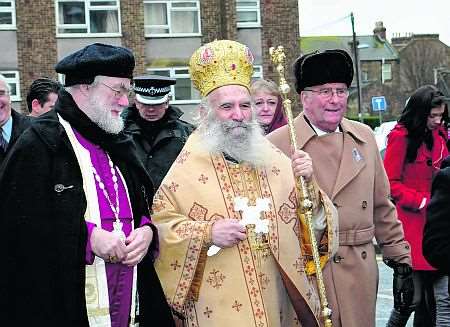 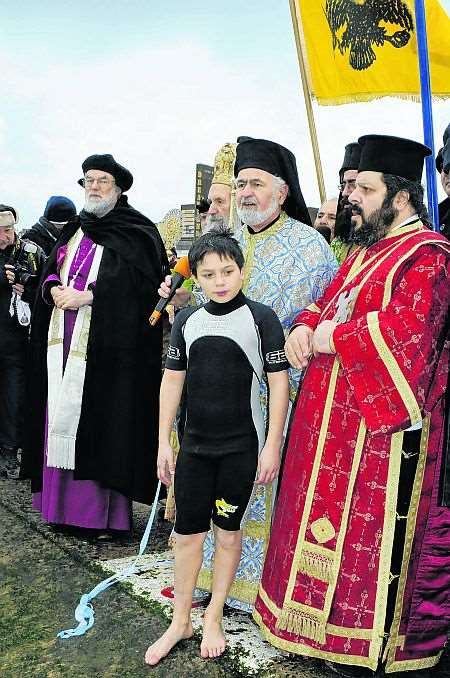 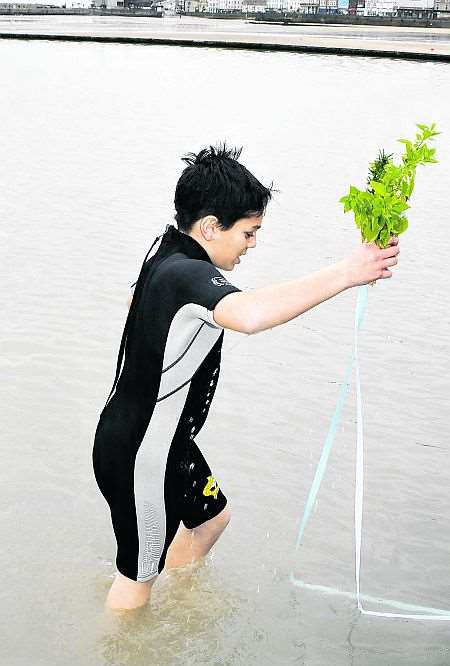 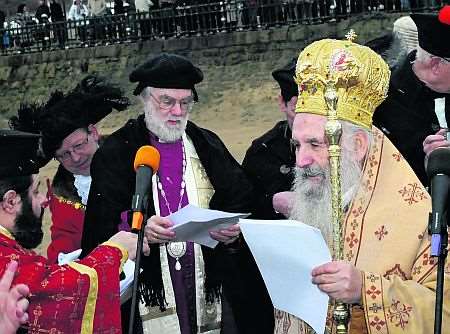 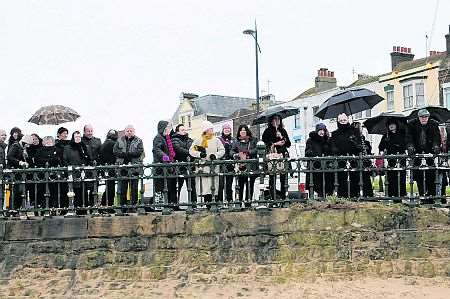 The Archbishop of Canterbury joined Thanet's Greek community at a decidedly chilly Blessing of the Seas on Sunday (January 10).

Dr Rowan Williams was the special guest at the 46th annual religious event, during which the congregation also thanked the sea for giving up its fruits and looked ahead to a productive year of fishing.

Worshippers from across the South East attend the ceremony but heavy overnight snowfall meant many could not travel to Margate this year.

Hundreds of people were among those forced to stay at home when seven buses that had been booked to provide transport to the coast were cancelled.

But Zac Charoux, who organises the event on behalf of the Greek community, said: "The event went really well and the weather was the only snag."

The colourful day began with a service conducted by the Archbishop Gregorios of Thyateria and Great Britain at St Michael the Archangel, the Greek Orthodox Church at Westbrook.

It was followed by a lunchtime parade to the Nayland Rock area of Margate Main Sands, where white doves were released as a symbol of peace.

Plucky 11-year-old Louis Gomes from Cliftonville then plunged into icy waters to retrieve an ornate cross - an act that symbolises the baptism of Jesus in the River Jordan.

Mr Charoux said: "The service was excellent, the procession ran smoothly and we heard some brilliant speeches, particularly from the Archbishop of Canterbury.

"We were honoured that Dr Williams accepted our invitation and delighted that he took the time to speak to us after the ceremony. He really is a wonderful man."

Sunday's event, which also highlighted the strong links between the people of Thanet and the Greek and Cypriot communities, was attended by the Mayor of Margate, Cllr Ted Watt-Ruffell, and a host of other Kent dignitaries.

Politicians including Roger Gale, the MP for North Thanet, and Laura Sandys, the Conservative parliamentary candidate for South Thanet, also joined the parade.