Bonfire night in Kent: The biggest firework displays cancelled by Covid-19 in 2020 and when they will be on in 2021

Bonfire night is set to go off without much of a bang this year.

Kent's biggest Guy Fawkes celebrations - usually attracting thousands of people - have all been axed due to social distancing rules.

Instead you'll have to spend November 5 huddled around a patio heater, watching fireworks light up the sky about your house - in groups of six, of course.

Below we've listed those which have fallen victim to the virus and when they will be held.

One of Ashford's most popular fireworks nights, hosted by Ashford Rugby Club, will not be going ahead.

A club spokesman confirmed that the night had been cancelled and there were no plans to hold any replacement events.

Canterbury's biggest fireworks event - which takes place at the Spitfire cricket ground in St Lawrence - will not be going ahead this Bonfire Night.

"We regularly see thousands of people at the event at The Spitfire Ground and over the past few years it has become one of the biggest and best fireworks displays in Canterbury.

"However, we’re already planning to come back with a bang in 2021 – with the attractions of live music, fairground rides and much more."

The city's popular annual fireworks event in Tyler Hill has also been cancelled.

Organisers took to Facebook to announce the "sad decision", adding: "We hope to see you on November 6, 2021."

A charity fundraising display in the town centre has been cancelled this year for the first time in more than 40 years.

The Dartford Lions Club annual display has wowed crowds for decades but after discussions with Dartford council, it was decided to scrap the display usually held in Central Park .

Money raised from the event - the Lions' biggest fundraising event of the year - goes to help support community initiatives around Dartford.

Club president Ragbhir Sandhu said: “It's a real shame that we have had to make this decision, but given the circumstances we believe its the right one.

"The officers at the council worked with us at looking into various different options to allow the event to continue, sadly every option available resulted in the possible spread of the Covid19 pandemic.

"Although we are all extremely disappointed with the decision, everyone’s health and safety come first.

"We will do everything within our power to ensure the fireworks display in 2021 is bigger and better.

"A much bigger concern for us is trying to ensure that the support we offer the local community can continue, sadly this can only be done so by asking the community to donate as much or as little as they can to our club."

Principal Graham Chisnell said: "Our display has been a wonderful community tradition for over 25 years and it was with a heavy heart the decision was made to cancel the event.

"Our partners Fantastic Fireworks, have been great but can see the difficulty of holding the event.

"Our Parent Teacher and Friends Association will also miss the fundraising opportunities the event provide. As such their capacity to support our children has also fallen due to Covid-19 restrictions.

"Fingers crossed for the future. Only time will tell whether we will be able to run our firework display in 2021."

Folkestone's annual fireworks display at Invicta Football Club is another event that has been cancelled all together because of Covid-19.

A club spokesman also confirmed there were no other plans in place this year.

Hundreds of spectators normally line the River Thames to watch the town's annual grand fireworks display - but not this year.

The event, put on by Gravesham council, has also fallen victim to the coronavirus pandemic .

The sky along the river is usually lit up for miles around with the pyrotechnics staged on barges out on the water.

The decision was taken in September and the authority said it held as long as possible before cancelling.

Speaking at the time Cllr Shane Mochrie-Cox (Lab), cabinet member for community and leisure, said: “We have waited as long as we can before making this decision in the hope that government guidance around large gatherings might be relaxed.

"However, there comes a point where we have to be realistic and bite the bullet. As you can imagine, an event of this scale of our annual display takes a lot of planning and organisation, particularly for our suppliers who provide the fireworks and the technology to create such a great show.

"It is only fair on them, the organising team, and the thousands of local people who so enjoy the display to make a decision now.”

The biggest bonfire night event and fireworks display in the Towns was cancelled back in August.

Normally, thousands of people would descend on the Great Lines park in Gillingham for the council organised festivities.

But Medway Council confirmed months ago that it would not be putting on the show.

Announcing the decision, cabinet member for community services Cllr Howard Doe (Con) said: "Whilst we appreciate Medway’s bonfire night at The Great Lines is a popular free event for many of our residents, this year’s event will not be going ahead with the ongoing safety of the public driving this difficult decision."

Further separate events which had been scheduled to take place at Lordswood Leisure Centre and Cliffe Woods Primary School have also been shelved.

One of Kent's most spectacular displays which usually attracts visitors from across the county will no longer be taking place this year.

The sky in Leeds Castle in Maidstone was set to be lit up on November 7 and 8 but instead, all those who booked tickets should now have have received a full refund.

In a statement online bosses said: "Leeds Castle has looked at numerous ways in which the event could go ahead whilst keeping our visitors safe and adhering to the guidelines for COVID-19 compliance.

"These guidelines have changed in recent weeks, and are still changing, so the decision has been taken to cancel.

"We are committed to the Fireworks Spectacular returning in 2021 and would like to take this opportunity to thank you for your support of our charity."

The popular village show in Staplehurst has also been postponed until 2021.

Event organiser Staplehurst Family Fireworks made the decision back in May saying they felt it would be irresponsible to encourage large crowds with no option to social distance.

The Edenbridge Bonfire Society has announced its bonfire parade and firework extravaganza for 2020 - one of the most famous in the country due to its tradition of burning huge wooden effigies of unpopular figures - will no longer be taking place but has already set aside a date for next year.

The group say the celebrations are set for November 6, 2021 and plan to make it bigger and better than ever.

It is not known if a display will be put on at Sheppey Rugby Club in Minster.

MP Gordon Henderson, who represents Sittingbourne and Sheppey, said it was a “great shame” that a number of the area’s annual fireworks events were not going ahead.

“It’s a great shame that the enjoyment of so many people on Sheppey and in Sittingbourne is going to be spoilt because of Covid-19,” he said. “But, of course, despite it being disappointing, this is a measure that is really necessary for us in our fight against the virus.”

Swale council said it was waiting for the Government to issue guidance on events such as bonfire night and fireworks displays during the pandemic. 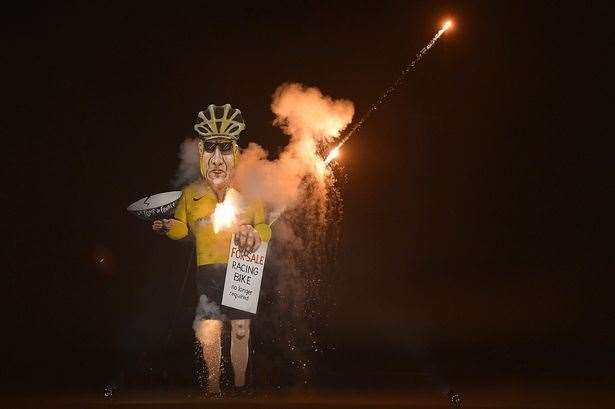 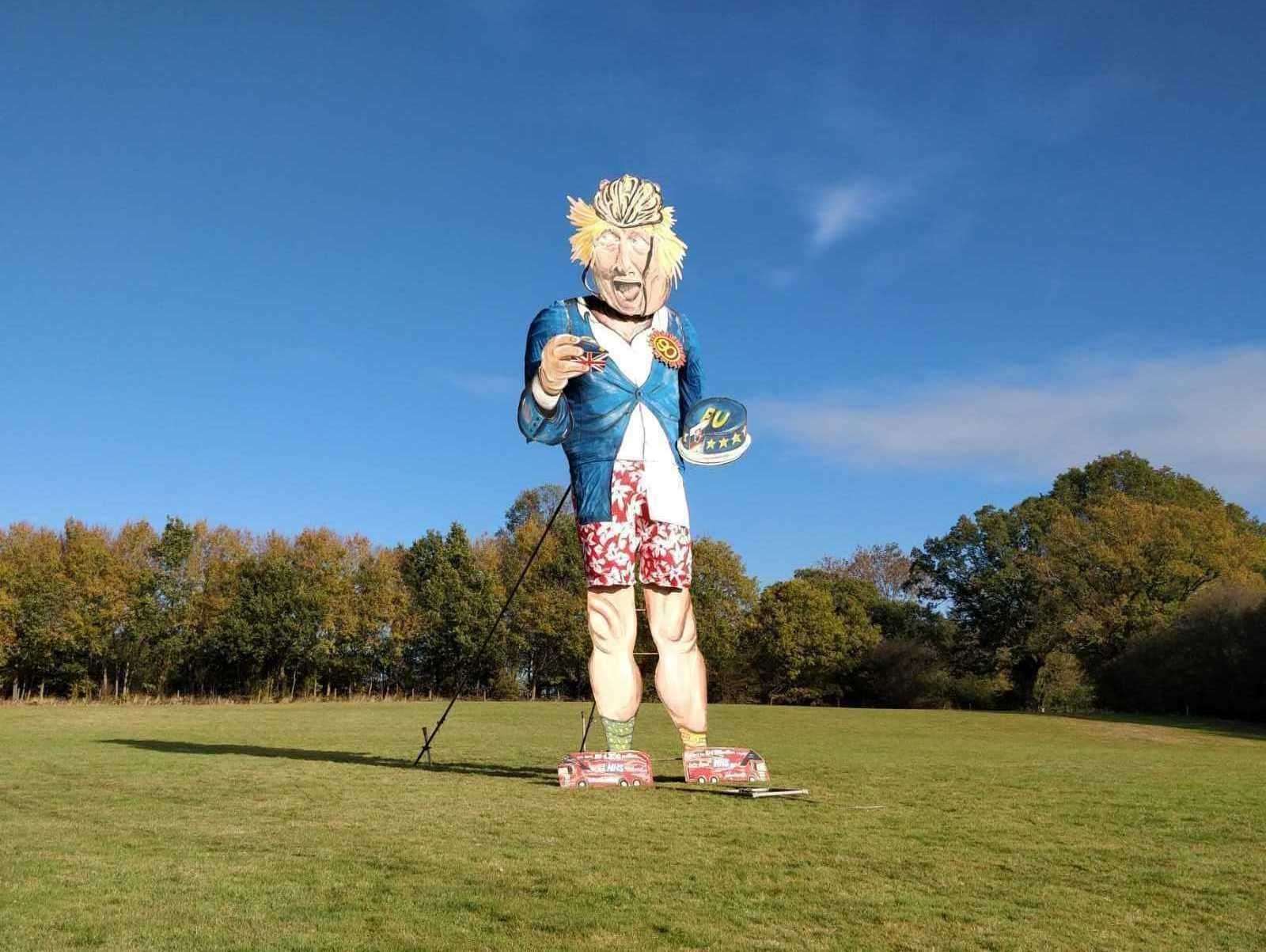 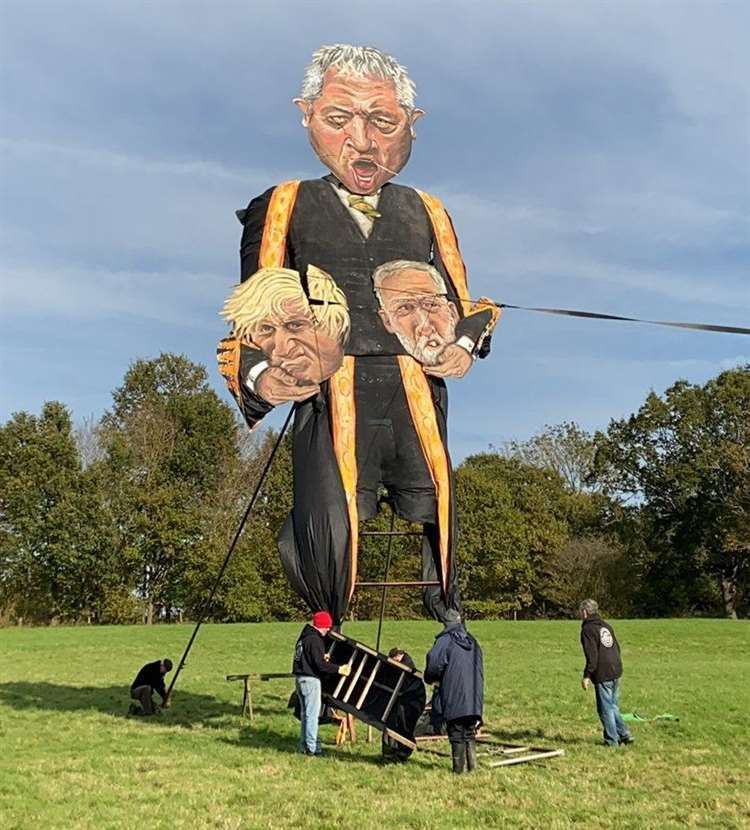 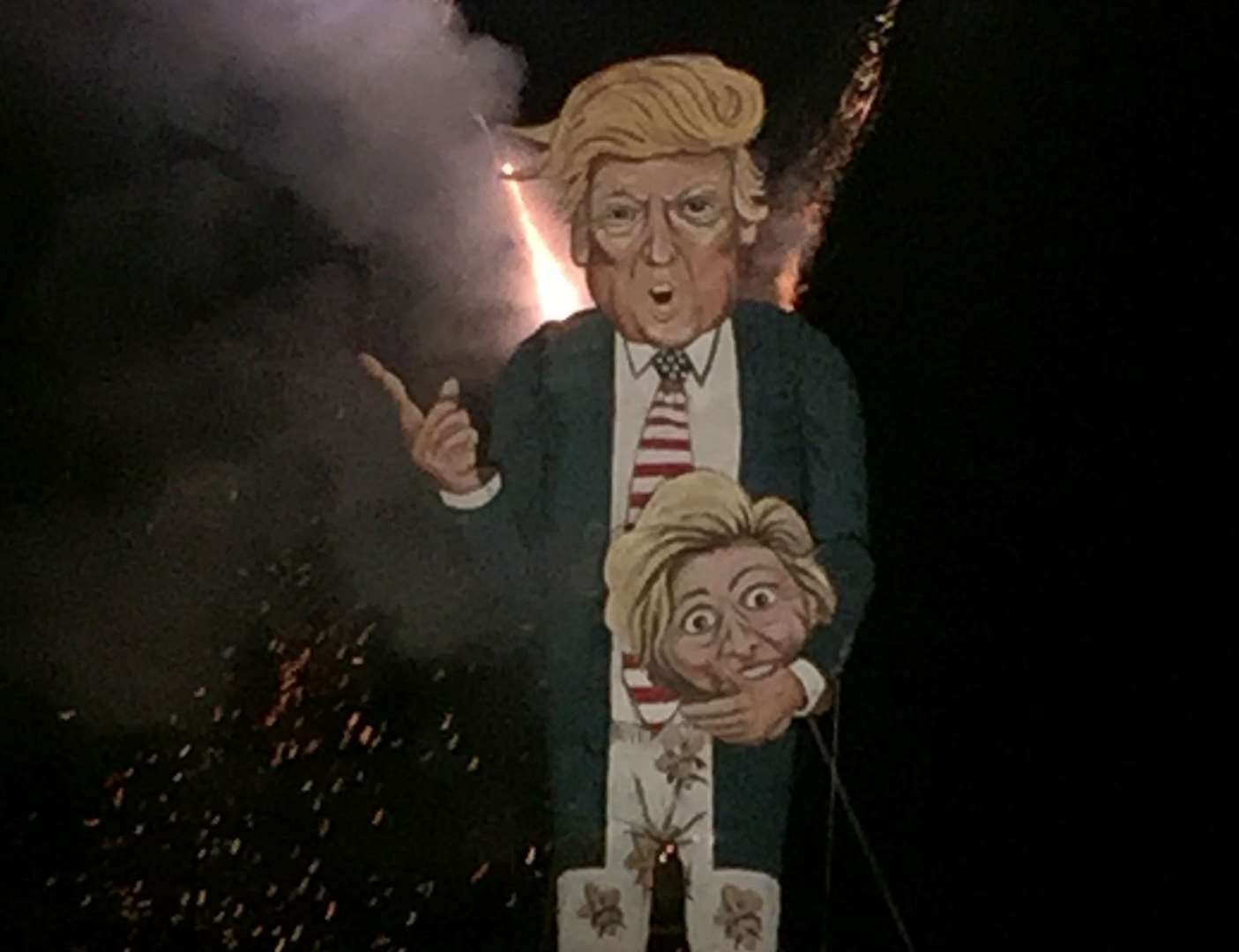 The Isle's major firework displays have been cancelled this year.

The annual dazzling extravaganza in Viking Bay has been cancelled by Broadstairs Town Council "due to the Covid situation".

Meanwhile, the bonfire night display at Quex Park in Birchington has also been axed.

The event has been postponed until November 6, 2021. The theme will remain as Queen and in recognition of what would have been Freddie Mercury’s 75th birth year.

A spokesman said: Kent Events had completed a huge amount of planning and worked extremely hard following Government guidelines, the event was submitted to the Local Authority Safety Advisory Group who confirmed the event was Covid-19 secure.

"Following consultation with Quex Park, they felt they were unable to support the event this year, due to the current global pandemic."

The Royal Tunbridge Wells Round Table, a charity which host an annual display in Dunorlan Park has cancelled the event for the second time in 63 years.

In a statement online, the organisers said: “Due to the uncertainty around public gatherings, it makes it difficult to adequately plan the event at this stage.

"Costs have to be incurred in advance of the display and as a small charity, we can not risk charitable funds being put at risk should the display not go ahead.

"It is also vitally important to put the safety of our guests and amazing volunteers first.

"We would like to thank all our partners that help us put on the display and we promise to come back fighting, with a bigger and better display in 2021."