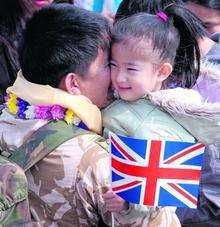 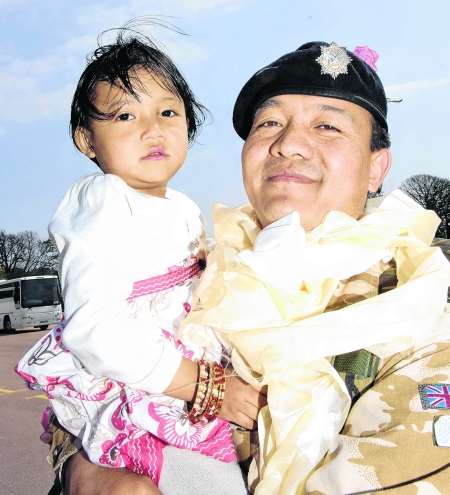 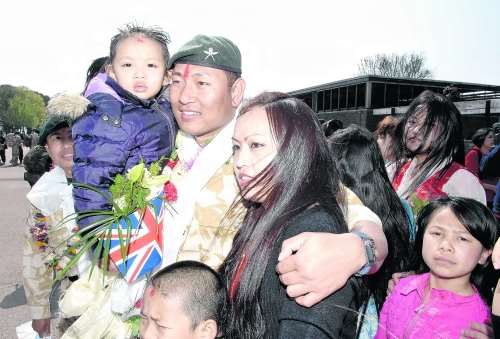 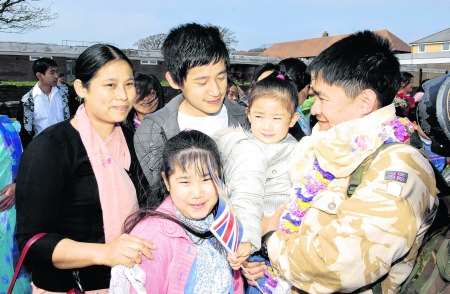 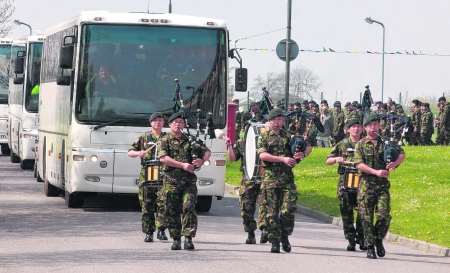 Gurkha soldiers
returned to a rapturous welcome in Folkestone on Sunday at the end
of a six-month tour of Afghanistan.

A welcome home party was held for soldiers from A company of the
Second Battalion of the Royal Gurkha Rifles at Sir John Moore
Barracks in Shornecliffe.

The 120 Gurkhas flew into Kent International Airport the same
day. They were greeted at the airport by the sound of traditional
pipes and drums.

On their six-month tour the Gurkhas were based in Musa Qal'eh in
northern Helmand province. Their worked helped to secure the area
for Afghan civilians and killed many Taliban insurgents.

There was a hint of sadness to the day. The Gurkhas remembered
Rifleman Yubraj Rai who was shot in a Taliban ambush and Colour
Sergeant Krishna Dura, who was blown up in his vehicle in
Afghanistan in November.

The battalion's commanding officer, Lieutenant Colonel Chris
Darby said: "We're delighted to be back, but clearly we lost some
good men. Our thoughts now turn to their families and to ensuring
that they are looked after."

Fellow soldiers from B company still remain on operational duty
in Afghanistan.