'I'm losing will to live over latest bollard twist'

'I'm losing will to live over latest bollard twist'

'House explosion was like an earthquake' - pictures and video 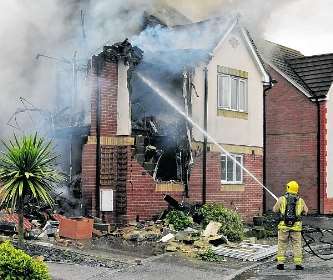 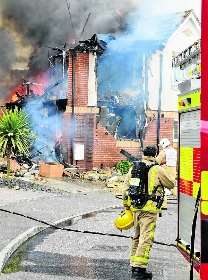 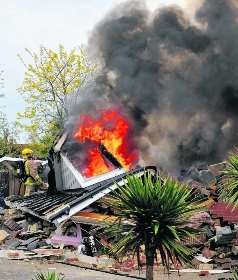 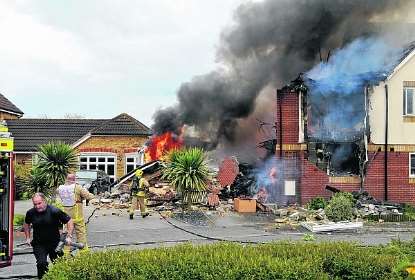 One man was airlifted to hospital suffering from burns after a massive explosion devastated a house.

Local residents described the explosion as being "like an earthquake".

Emergency services were called to the scene at Recreation Way, Kemsley, near Sittingbourne just before 12.35pm Tuesday.

The victim suffered severe burns to his arms and head.

A spokesman for South East Coast Ambulance Service said he was taken to Broomfield Hospital in Essex - but his injuries are not thought to be life-threatening.

• Watch the video - taken by Alan McGuinness and edited by Patrick Gearey on Tuesday - at the top right of this page.

Initial reports suggested there could be people trapped in the two-storey, semi-detached property.

Speaking from the scene, KM Group reporter Nicola Forman said: "Witnesses say the explosion was huge - like an earthquake. The house has been completely destroyed. It's a miracle the man got out alive."

Around 35 firefighters and six fire engines went to the scene as well as police, the air ambulance and land ambulances. Nearby properties in Recreation Way and Coleman Drive were evacuated.

A spokesman for Kent Fire and Rescue said: "Nobody has been trapped in the building but one man has been injured."

~ Audio: Our reporter on the scene, Nicola Forman, tells of the devastation left by the explosion >>>

Caroline Davies, of nearby Ridham Avenue, said: "The explosion was huge – it shook our whole house streets away. Lots of people came out to see what had happened."

She said the garage and the room above at the side of the house were completely destroyed - with just the window of the top room visible.

The roof was on fire and there was a lot of smoke, she added.