Part of M2 shut after crash

Part of M2 shut after crash

It was a fairytale wedding during a national recession when unemployment was at an all time high and riots and unrest erupted across the country.

Kent and the world were captivated by the Royal Wedding of Prince Charles and Lady Diana Spencer 40 years ago today.

It happened during a miserable and ugly month in Britain, with millions out of work and ferocious riots in inner cities.

We look back at July 1981 and the moment of joy in a turbulent and toxic month.

Kent had made a direct contribution to the Royal Wedding.

The official wedding cake, 5ft high and weighing 255lb (116kg), was made by the Royal Navy's Cookery School, at the RN land base HMS Pembroke in Chatham.

Head baker David Avery and his team created it over 14 weeks and they made two identical cakes in case one was damaged.

Meanwhile two children in a street party in Carnation Road, Strood, dressed as Prince Charles and Lady Diana Spencer to imitate the ceremony.

At Maidstone Prison four convicts were released for the day to help at a Tovil street party for 600 children.

In Herne Bay, visitors from London and other parts of Kent jammed seafront pubs to celebrate.

Bunting, flags, huge pictures of the royal couple, coloured lights and, in one instance, a replica of a wedding cake, were proof of the behind-the-scenes organisation which had gone into giving the town a day to remember.

One of the biggest celebrations took place in a large marquee in a field behind Kingsfield Road, Broomfield, where 120 children were welcomed to the party by comedian Charlie Chester.

In Kent and and the rest of Britain side roads were closed and neighbours gathered with Union Flag hats and bunting to hold street parties.

Our archive photographs show scores of men, women and children gathered for a giant group photo in The Adelaide, Higham in Gravesham and people of all ages packed together on improvised long tables at Ersham Road, Canterbury.

There is a picture of revellers crowded together to celebrate at the city's St Stephens Close, Canterbury.

Children also celebrated with a toy barrow race in Broadway, Gillingham, and there was a cute baby judging contest at Crestway, Chatham.

Street parties were also held in the Medway Towns in places such as Bryant Street, Sussex Drive, Churchill Avenue and Arundel Close in Chatham: Burnt Oak Terrace and Stopford Road, Gillingham: May Road and John Street, Rochester, and Taverners Road in Rainham. 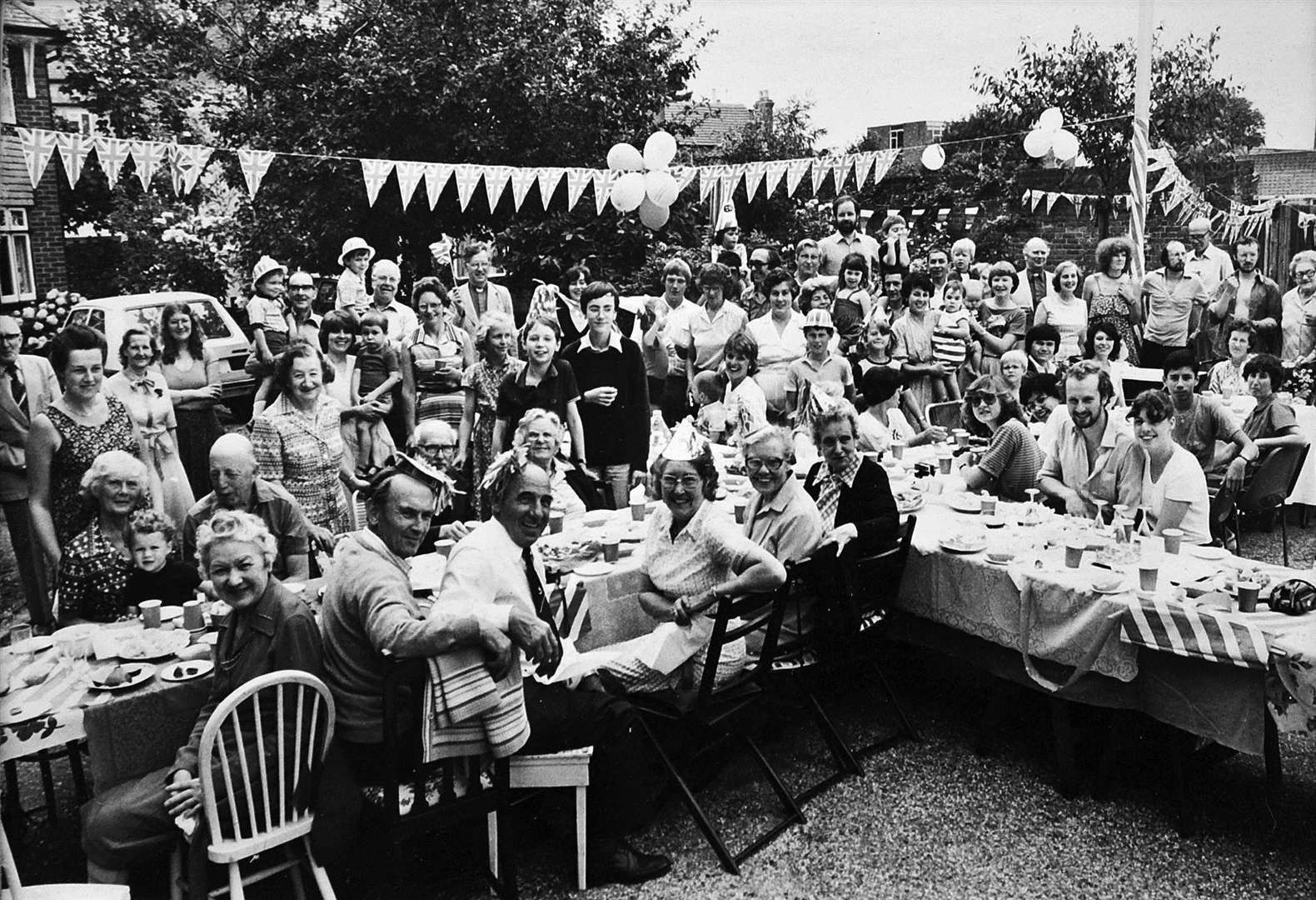 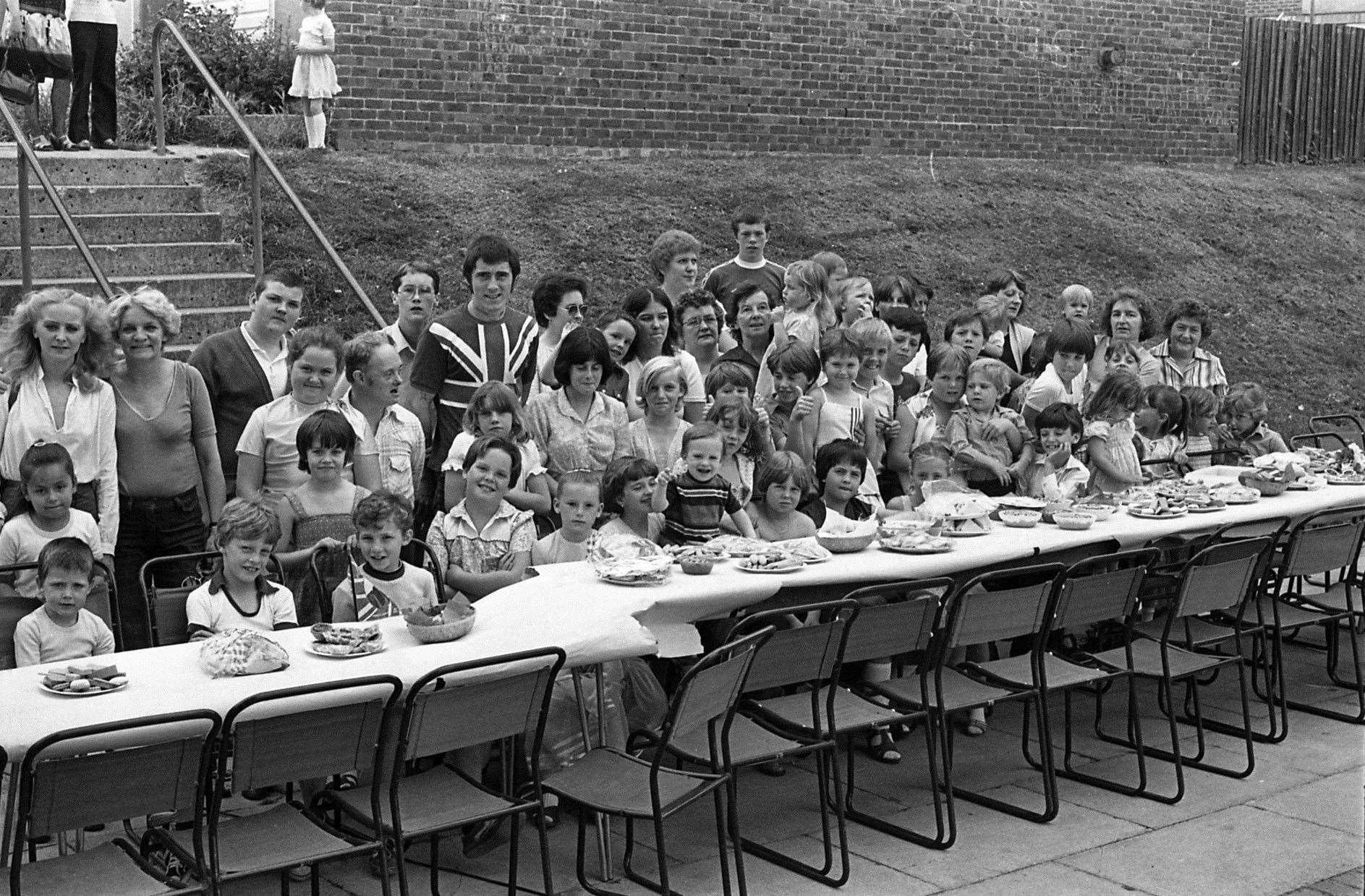 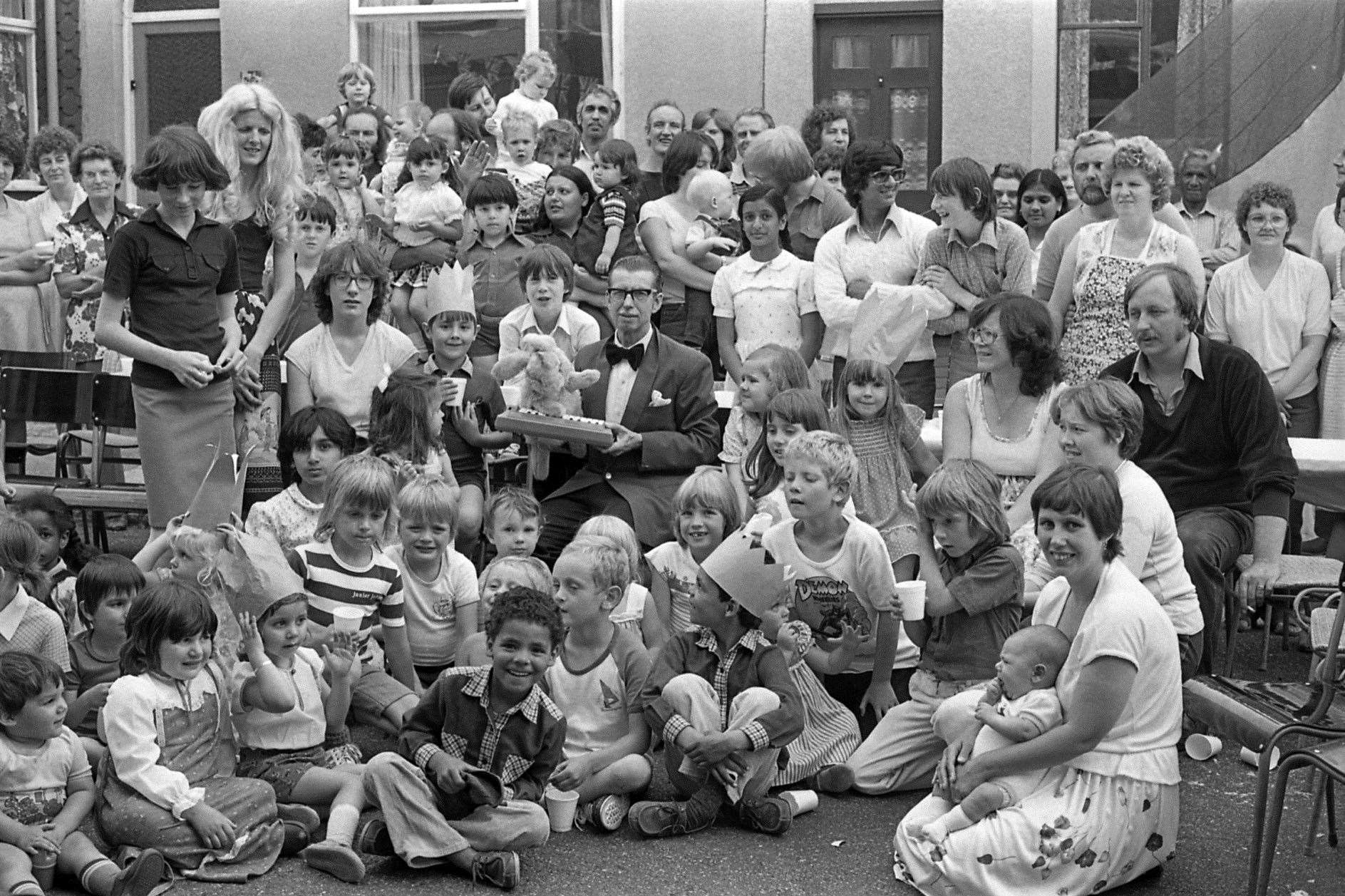 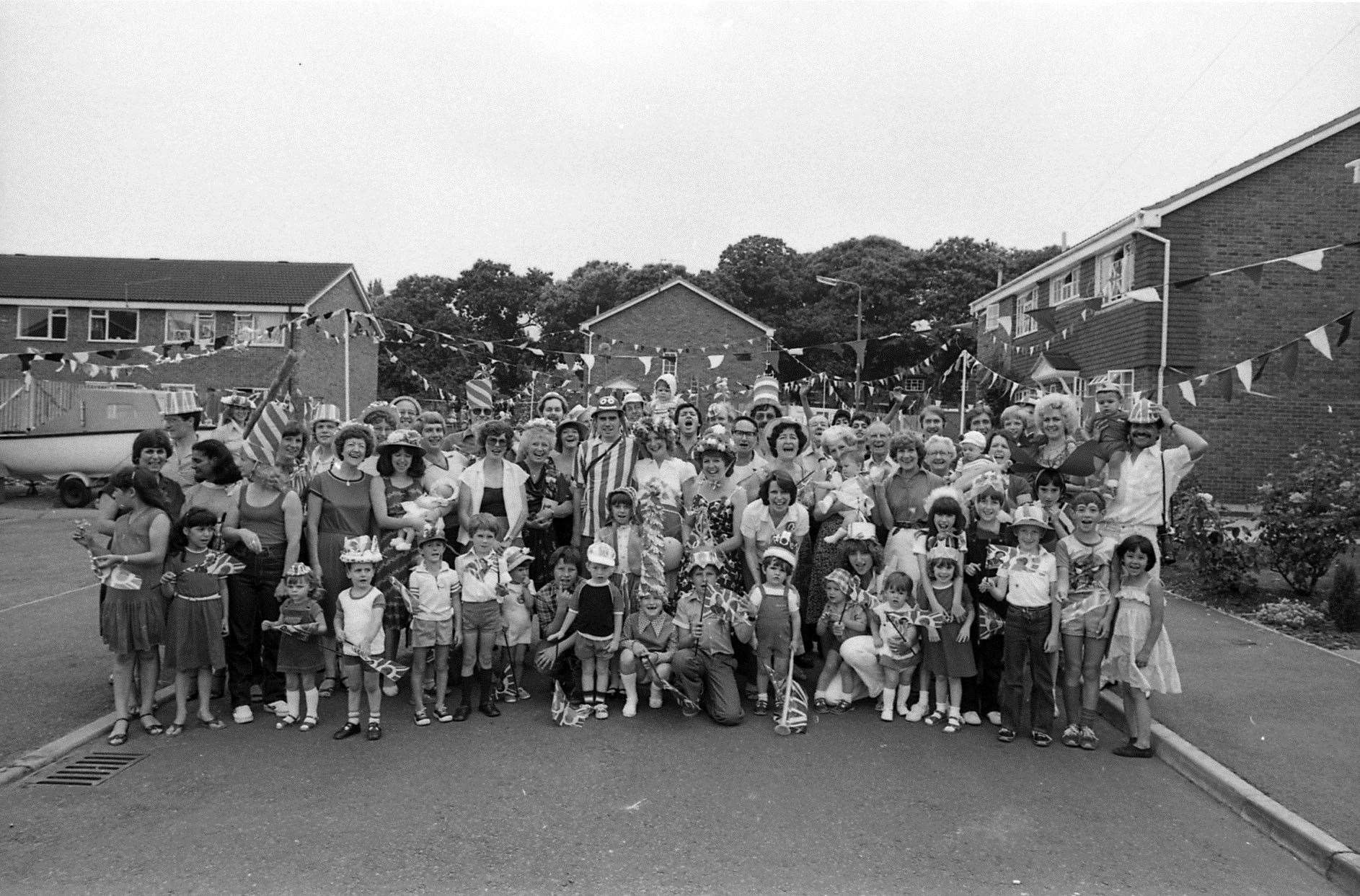 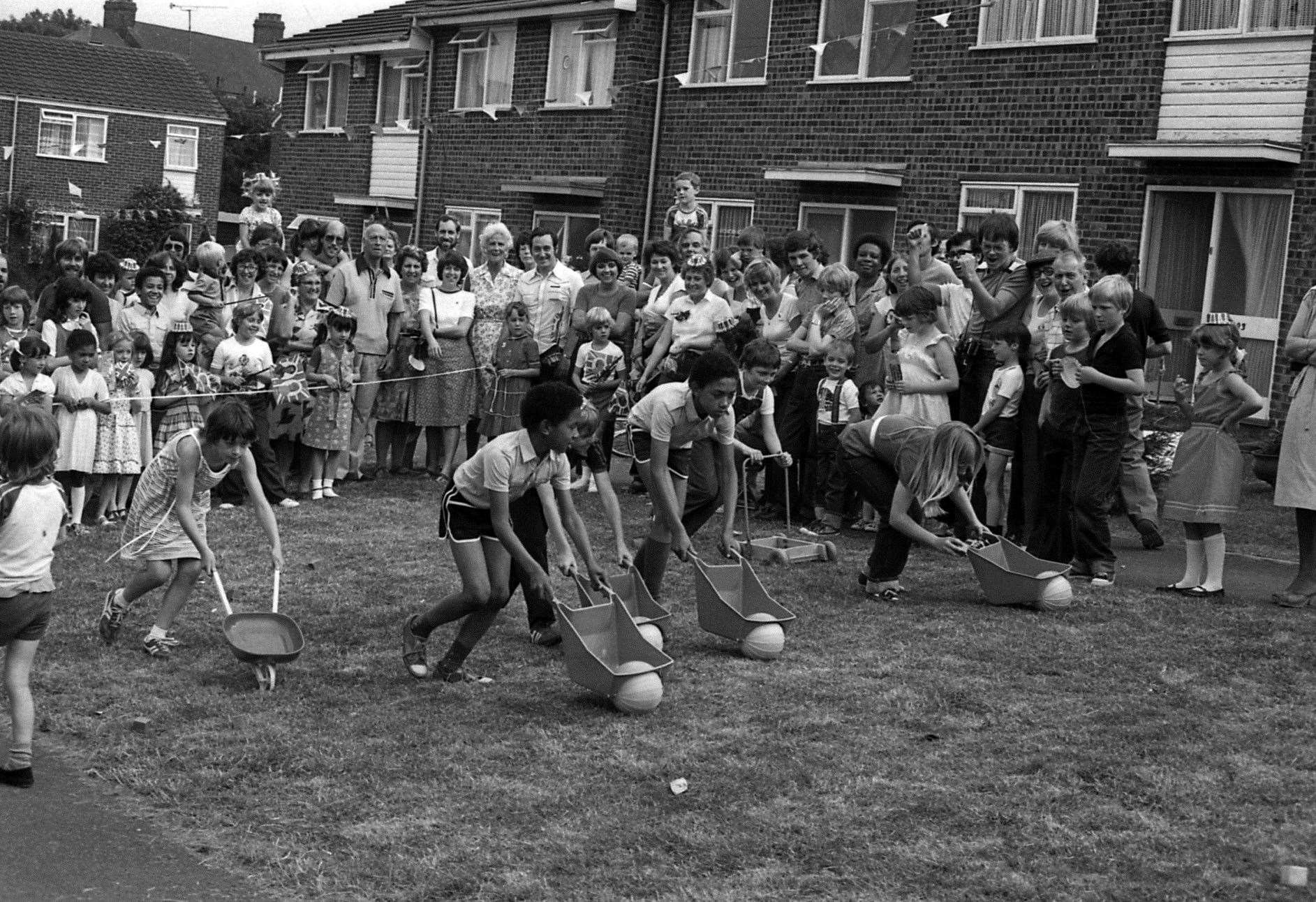 The current Ashford MP, Damian Green, was 25 at the time and working for BBC Radio in London.

He says: "I remember the big fireworks party in Hyde Park the night before, which was spectacular, and I watched the wedding itself at a friend’s house, where we had a party to celebrate.

"The whole country took a few days off to have a good time, which was certainly needed in the summer of '81."

But not all became Royalists that day and a tiny minority who got invitations to the wedding turned them down.

Two were neighbours of Matt Ramsden, now editor of the Medway Messenger.

Mr Ramsden was then aged six and living in Nottinghamshire and the couple were Frank Cousins, a dyed-in-the-wool union man, and his wife Annie.

He said: "My mum was stunned they'd turned the invite down, but they were committed socialists and thought it was a massive waste of money.

"Frank also said it was a 'circus' aimed at diverting ordinary people from questioning their lot.

"From what I gather, the whole community was swept away with Royal fever, but I doubt the Cousins even bothered turning the TV on their house."

Mr Cousins was Minister of Technology in Harold Wilson's Labour government in the 1960s and general secretary of the Transport and General Workers' Union from 1956 to 1969.

The Heir to the Throne married his bride at St Paul's Cathedral in London on Wednesday, July 29, 1981, which was made a national holiday in the UK. 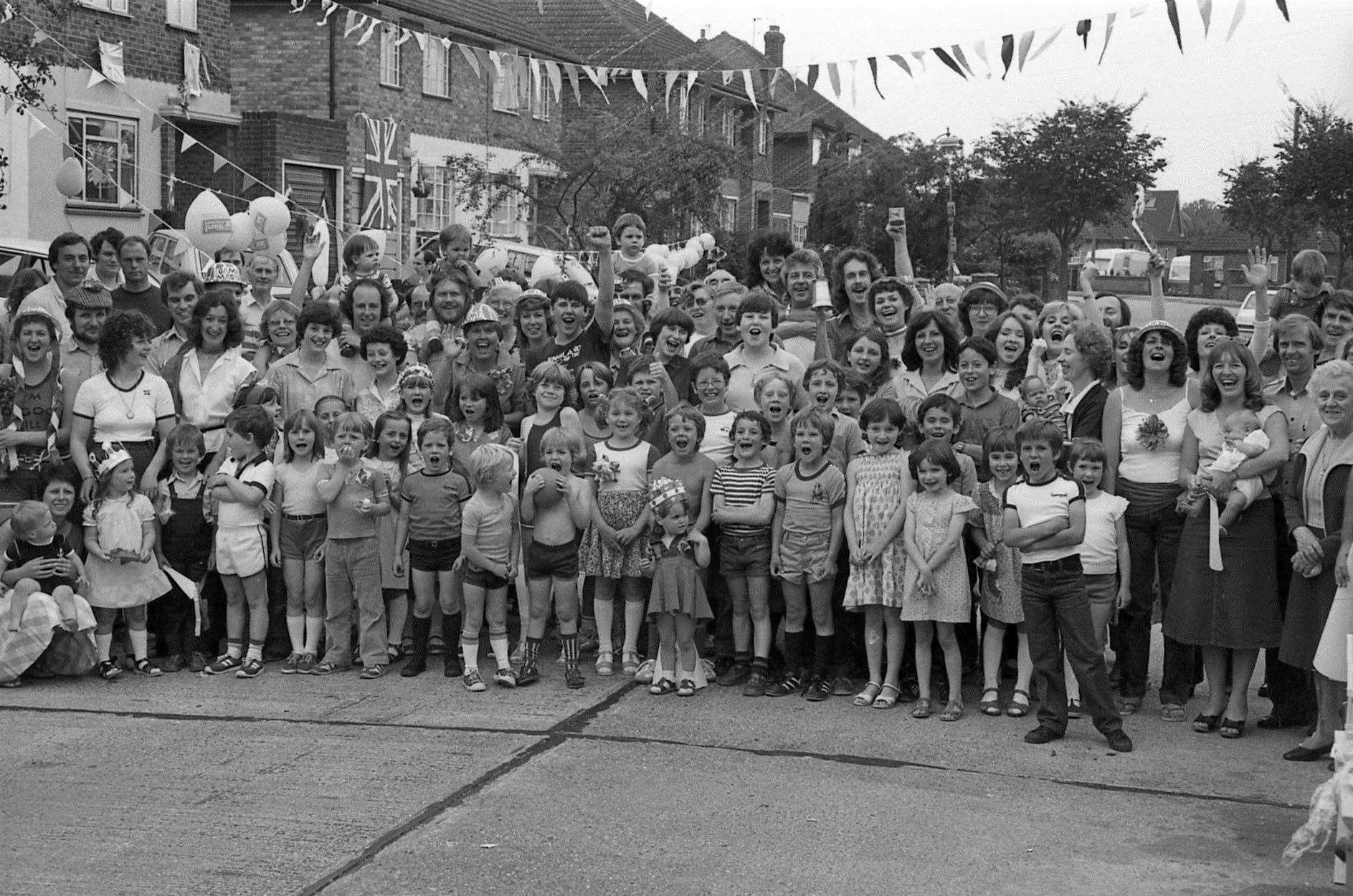 It was widely billed as a "fairytale wedding" and "the wedding of the century."

The ceremony was presided over by the Archbishop of Canterbury, Robert Runcie.

Their nuptials took place before an invited congregation of 3,500 and a global television audience of more than 750 million. The ceremony was broadcast live in more than 50 countries.

In London, some 600,000 people packed the streets to share the revelries.

TV viewers could also pick up the fluffs the couple made in their wedding vows.

Charles said he would share her worldly goods with her, instead of his.

The couple went on to Buckingham Palace for the reception and the photograph of them kissing on the balcony made the front pages of newspapers around the globe.

As everyone knows the couple went on to have two boys, William, now 39, and Harry, now 36, who are now both married with children.

The excitement for that day had built up since February 24 when Charles and Diana publicly announced their engagement. A clue that this would be a unhappy marriage appeared that day.

A reporter asked the couple if they were in love and Diana instantly said: "Of course."

But Charles replied: "Whatever 'in love' means."

From then souvenirs such as tea towels and mugs were rapidly made and countless homes had them over the following months.

After an increasingly miserable marriage in the public eye, the couple divorced in 1996.

The story ends with the unspeakable tragedy of Diana being killed in a car crash in Paris on August 31, 1997. She was just 36.

But the Royal Wedding had been the one ray of light in the gloomy and exceptionally violent month of July 1981 with riots flaring up in inner cities throughout England.

Even in the 36 hours before the ceremony one man was killed during violence in Liverpool.

The country was already in deep recession and by that spring had 2.5 million people unemployed, the worst figure in the UK since the Great Depression of the 1930s.

The first in 10 successive days of violence began in west London on Friday, July 3.

The trouble in Southall, which has a large Sikh community, erupted when racist skinheads turned up to see a band in the Hambrough Tavern. They attacked local Asians and smashed shop windows.

Asian youths fought back and the five hours of violence escalated to the point that petrol bombs were used and the pub was burned to the ground. It was estimated that 120 people were injured, half of them police officers.

This was the one of the few suburban areas affected and the violence elsewhere was largely caused by urban decay and continual racial tensions, including between the police and black youths.

Full-scale rioting dragged on in Toxteth, Liverpool, from July 4 to 8.

It led to police, on July 6, using CS gas for the first time on mainland Britain, firing up to 30 canisters at the mobs.

On July 8 more than 1,000 people besieged the police station at Moss Side, Manchester, in the first of three days of terror.

On July 10 the violence spread through the country with disturbances in 29 areas, the most serious, in Handsworth, Birmingham and Chapeltown, Leeds. Even smaller towns like High Wycombe and Bedford were struck.

The 10 days of anarchy ended with two nights of bottle and brick hurling in Bradford on Saturday and Sunday, July 11 and 12.

By that weekend traders up and down the country boarded up their shops, terrified their premises would be smashed, burned and looted next.

The one death in all the rioting happened when there was a resurgence, in Toxteth, on the night of July 27 and 28.

Local man David Moore, 23, was killed after being knocked down by a police van in the pandemonium. Two officers were charged with his manslaughter but later acquitted in court.

As the violence spiralled Margaret Thatcher's government on July 10 had banned all marches for a month.

It meant there could be no funeral procession for a murdered family, an Asian mother and her three children, aged two to 11.

They had died in a racist arson attack on their home in Walthamstow, London, on July 2.

Nobody was brought to justice for that.

This attack, with petrol poured through the letterbox, was not part of the month's rioting but a symptom of a long-running social ill in 1981, regular racial assaults on black and Asian people.

They were often perpetrated by an aggressive section of the skinhead working class youth cult. These members supported groups such as the National Front and the overtly Nazi British Movement.

It was a wonder that the fairytale wedding could happen without a hitch in such a poisonous time.