Town centre stabbing victim's baby daughter is 'just like him'

Town centre stabbing victim's baby daughter is 'just like him'

Thousands of people gathered at various places across the county to witness the Dakota planes flying over Kent.

The 34 wartime planes were meant to take off from Duxford Aerodrome at 1.40pm but did not leave until around 4.10pm.

They passed over Colchester and Southend before heading into Kent, passing over Medway just before 5pm.

More than 800 Douglas C-47 Skytrains, known as Dakotas, were used to drop airborne troops behind enemy lines on D-day.

Many made repeated drops.

Some of the aircraft in today's fly-past were involved in the original operation.

Crowds have been gathering since around lunchtime to catch a glimpse of the Dakotas.

On Blue Bell Hill, cars were double parked to try and get a spot at the viewing area.

Ian Roots, 51, depot manager from Maidstone had been following the planes from takeoff.

He said: “I’ve got goosebumps, just goosebumps. I feel privileged and humble to have seen them fly over.

“I feel like I have been apart of history I’m just glad the weather held out for them. 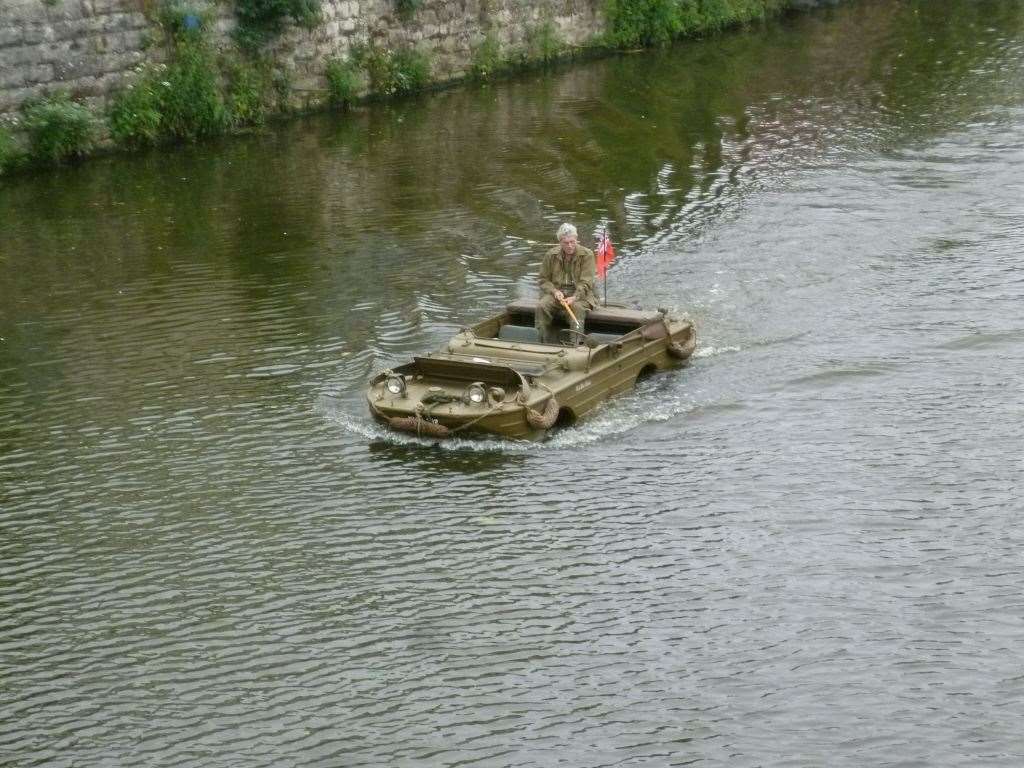 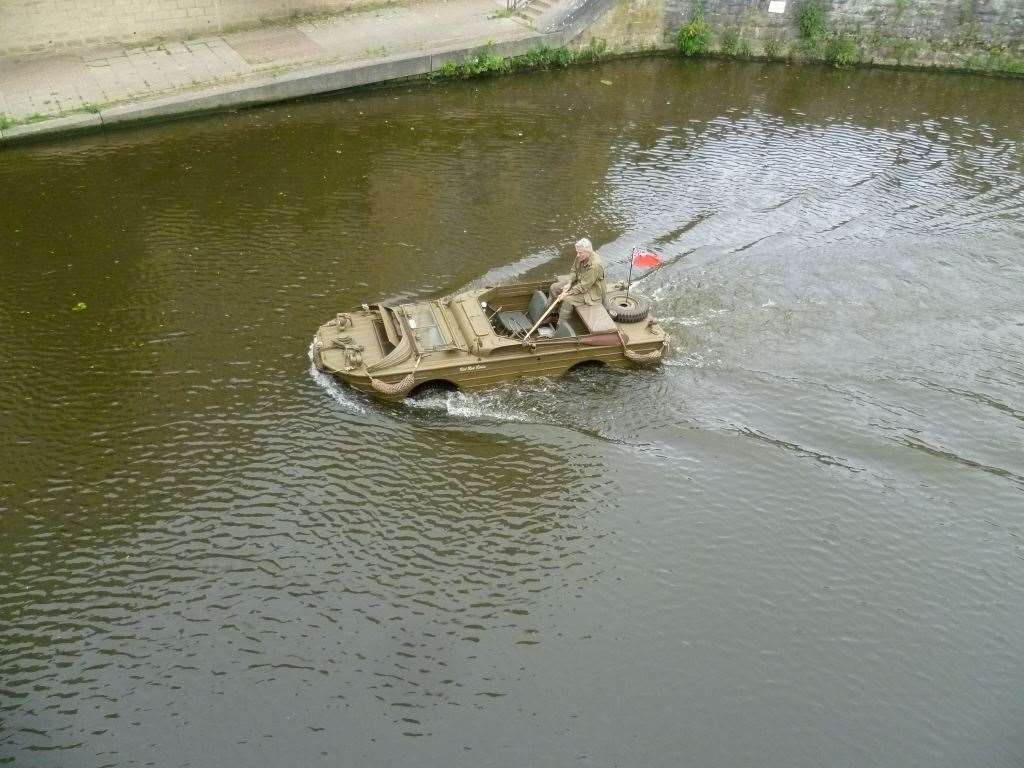 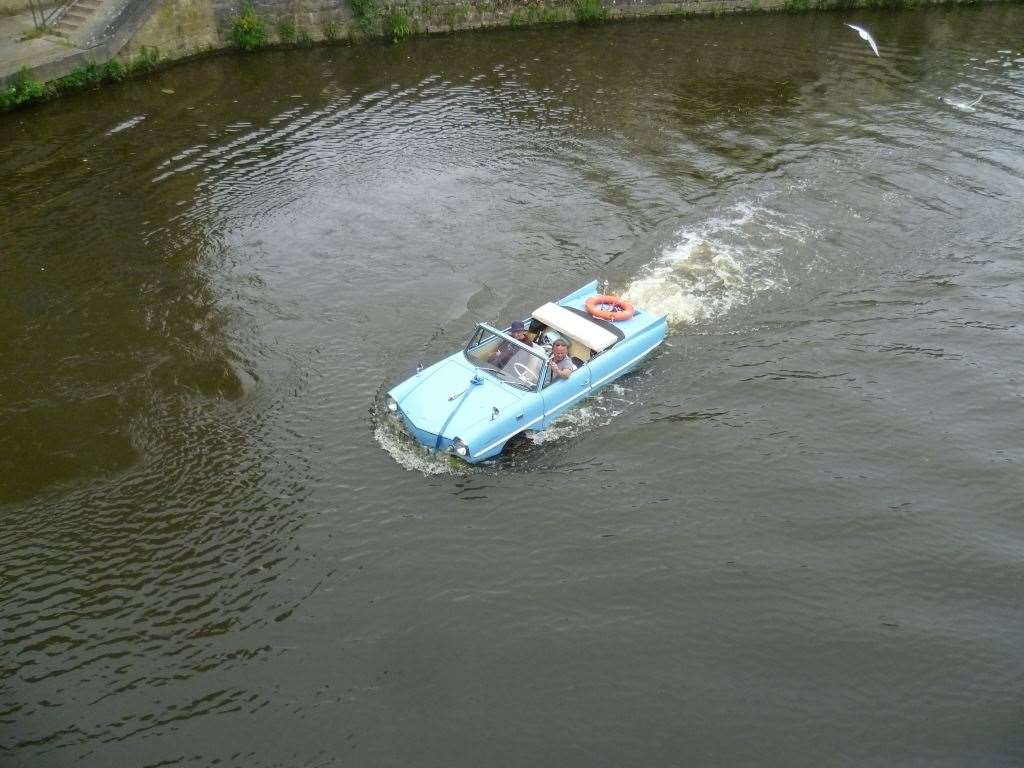 “It was a once in a lifetime thing to see.”

Mark Hill,48, maths teacher from Maidstone walked down to Brenchley Gardens to see the fly past as his grandfather flew Dakota planes in the war.

He said:”That was amazing you don’t see something like that otherwise it’s not the same on television.

“To see that many Dakotas in one place is incredible.

“You will never see that again.” 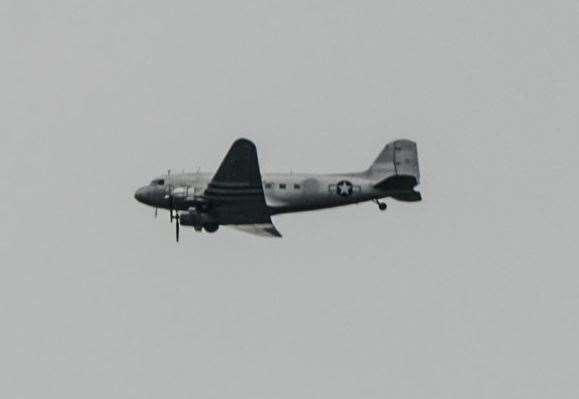 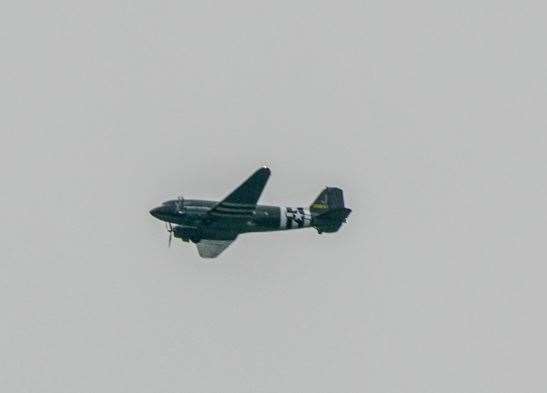 Parts of the county ground to a halt to pay their respects, causing traffic chaos.