Winners of the Green Flag Awards have been announced, with 36 Kent parks making the cut.

Run by Keep Britain Tidy, the Green Flag Awards recognise outstanding parks and outdoor areas all over the world.

Beginning in England in 1996, the green flag now flies in more than 15 countries with 1,658 winners this year alone.

Samphire Hoe is a new piece of land created by Eurotunnel during the construction of the Channel Tunnel.

It lies at the foot of Shakespeare Cliff, between Dover and Folkestone. 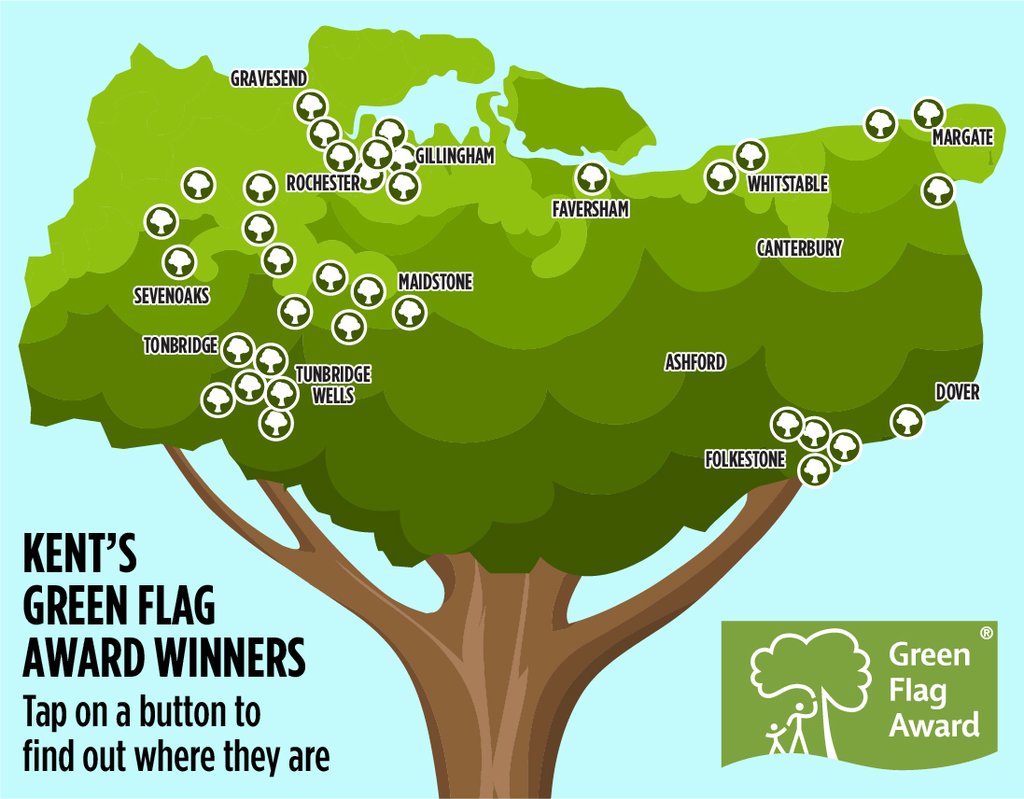 With breathtaking scenery, an abundance of wildlife and a tranquil setting, it's no surprise this is Samphire Hoe's 14th Green Flag Award.

In the heart of The County Town, Mote Park covers 450 acres surrounding a lake and hosts events throughout the year.

A new outdoor adventure zone recently opened for visitors, the latest phase of £4.3 million improvement works at the park.

The Reculver Towers, within the park, were built in the 12th century as a remodelling of an ancient church.

This was the site of one of the earliest Roman forts built against Saxon raids.

Parks are judged on eight criteria including maintenance and cleanliness, environmental impact and community involvement.

The award is free to enter for any park or green space, including woodlands, university campuses and cemeteries.

Judging is carried out by trained volunteers with experience in the sector.

Bearsted Woodland Trust is the only location in Kent to receive the award this year.

The trust protects and maintains 26 acres of woodland and meadow near Maidstone, and has arranged sponsorship of about 450 trees and 64 benches across 14 years.