Action on Empty Homes has revealed a total of 6,172 residential properties have no one living in them.

And yet 4,723 people are either living in temporary accommodation or sleeping rough in the county.

Thousands of empty homes in Kent

These homes are worth an estimated £1.8 billion, based on the average house price in Kent last year.

Government statistics show there has been an increase in the number of empty homes from 5,764 in 2017.

This is a 7% increase, compared to 5% nationally.

Medway has the highest number of unoccupied houses and flats, at 1,144.

This has risen from 986 the previous year.

At the other end of the scale, there are just 250 empty homes in Gravesham - the lowest number in Kent.

Of the 13 districts in the county, five have seen a decline in the number of unoccupied homes.

These are Dover, Tunbridge Wells, Folkestone and Hythe, Gravesham and Tonbridge and Malling.

In terms of the proportion of homes which are empty, Thanet comes out top. 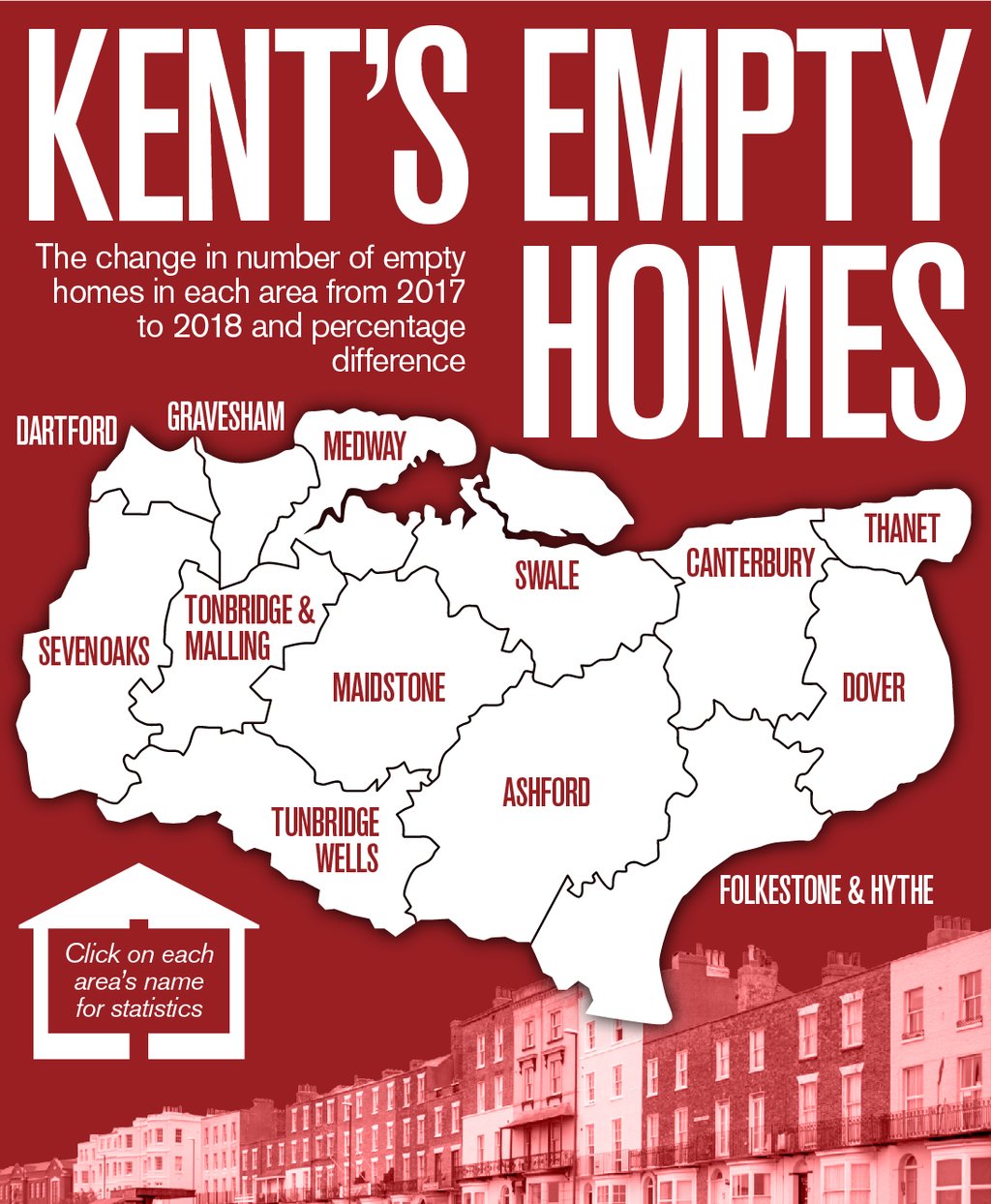 Dartford has the smallest proportion at 0.55%.

Action on Empty Homes campaign manager Chris Bailey explained more than 90% of empty properties are privately owned, but have been left unoccupied for a number of reasons.

He said: "We have seen a rise in the number of empty homes across the country for the last two years - it's a significant national trend with an overall slowing in the housing market since 2016.

"Properties in the lowest council tax band are most likely to be empty but also, more surprisingly, those in the top band.

"Clearly this is something of a national housing scandal" - Chris Bailey

"Many of these more expensive properties are bought as an investment instead of to live in.

"Lower value houses might be unoccupied because they are bought cheap at auction and there is a relatively low incentive to bring them into use quickly.

"Kent is quite active in supporting both individuals and property developers brings homes back into use.

"No Use Empty offers a loan scheme and other types of support.

"In general we see more empty homes in areas of industrial decline or coastal communities, which Kent has many of.

"The number of empty homes we have is striking, especially when you have large numbers of people who are homeless.

"Clearly this is something of a national housing scandal.

"But it is about how you use the assets to solve the problem.

"Some councils offer grants so people will bring empty homes into use and allow the council to rent them out to those in need.

"We need a national government scheme so this can happen more."

Action on Empty Homes is a national charity which campaigns for investment to make sure more disused properties are brought back into use.

The organisation works with local authorities and other companies to achieve this.