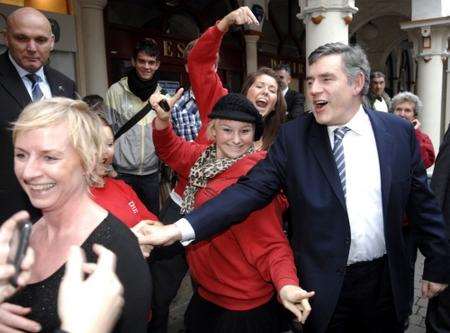 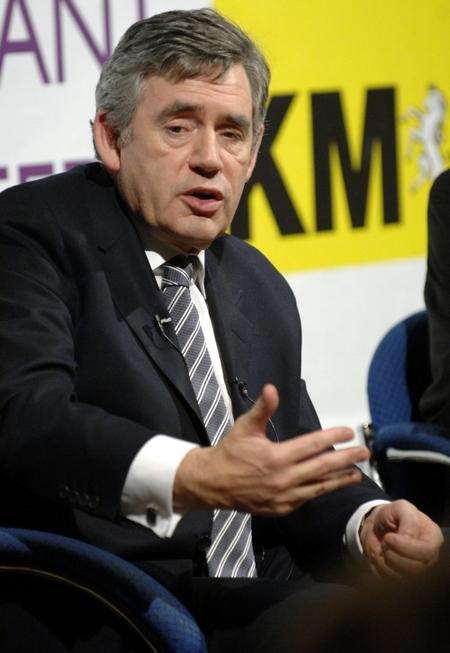 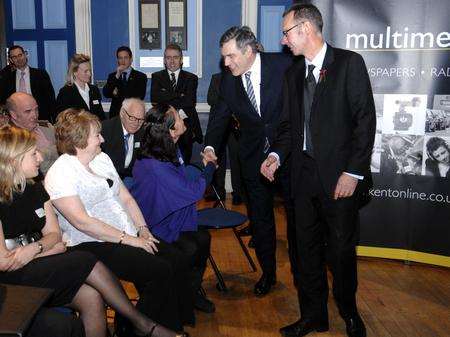 International Gateway, Maidstone Hospital and the war in Afghanistan were fired at Prime Minister Gordon Brown at an exclusive KM Group-organised event.

Mr Brown was at the Corn Exchange in Maidstone on Thursday for a question and answer session with an audience of around 50 people invited by us.

The event started with an short interview by KM Group political editor Paul Francis who asked Mr Brown about bonuses to MOD officials. In response Mr Brown promised an enquiry was under way.

Next to question the PM was Nina Babington-Browne, whose son Capt Ben Babington-Browne died while on active service in Afghanistan in July. She asked whether the Government was planning to increase funding to support the army.

A campaigner against Kent International Gateway, Ray Saunders, asked for the Government to look at the way sites are chosen for rail freight depots and for an assurance that the terrorism threat posed by KIG would be looked at seriously.

Mr Brown promised to get the Rt Hon Lord Adonis, the transport secretary, to write to the campaign group. He added that the government were adopting a new planning regime to cut speculative transactions by developers.

Audio: Prime Minister Gordon Brown explains why he believes troops should be well-equipped

Akbar Sooma, an A&E consultant from Maidstone hospital and BMA representative, asked the Prime Minister for guarantees maternity services would remain at Maidstone Hospital and how campaigners could overturn the decision made in 2004.

Mr Brown said it was a matter for local health authorities.

He added: "I know how controversial this is. We want to provide the best range of services and choices where people have their babies.

He said that if there were new arguments and research that should be part of any consultation.