Thousands of eggs have been pulled from supermarket shelves in the county after shocking footage filmed at a free-range farm revealed the appalling condition of animals there.

The free-range egg farm is now under investigation after the RSPCA launched a probe into the site and suspended its operations, after the animal lovers filmed horrifying scenes of rotten carcasses, hens in poor conditions and rotten broken eggs.

Other images showed hens with severely swollen cloacae, the area from which their eggs, urine and faeces are excreted.

Hoads Farm, which has been supplying eggs since 1978, boasts on it's website, it has values for animal welfare and high quality standards, but when the activists got into the farm yesterday morning they were met with the shocking conditions of the animals inside.

After filming the footage and posting it online, the activists also sent a copy to the RSPCA.

A spokesman said the organisation is “shocked and appalled by this footage and we understand why people are upset."

The spokesman added: "Any allegations of poor welfare issues on RSPCA Assured certified farms are taken extremely seriously, which is why we have suspended the farm whilst we urgently investigate.”

It is understood the farm will not be allowed to sell any eggs until the RSPCA investigation is completed.

Now several supermarkets have decided to pull Hoads Farm eggs from their shelves, after bosses were shown the footage.

A Tesco spokesman said: “These are deeply disturbing and unacceptable images.

“We expect all brands sold at Tesco to uphold high animal welfare standards and will closely review the results of the investigations into this farm.” 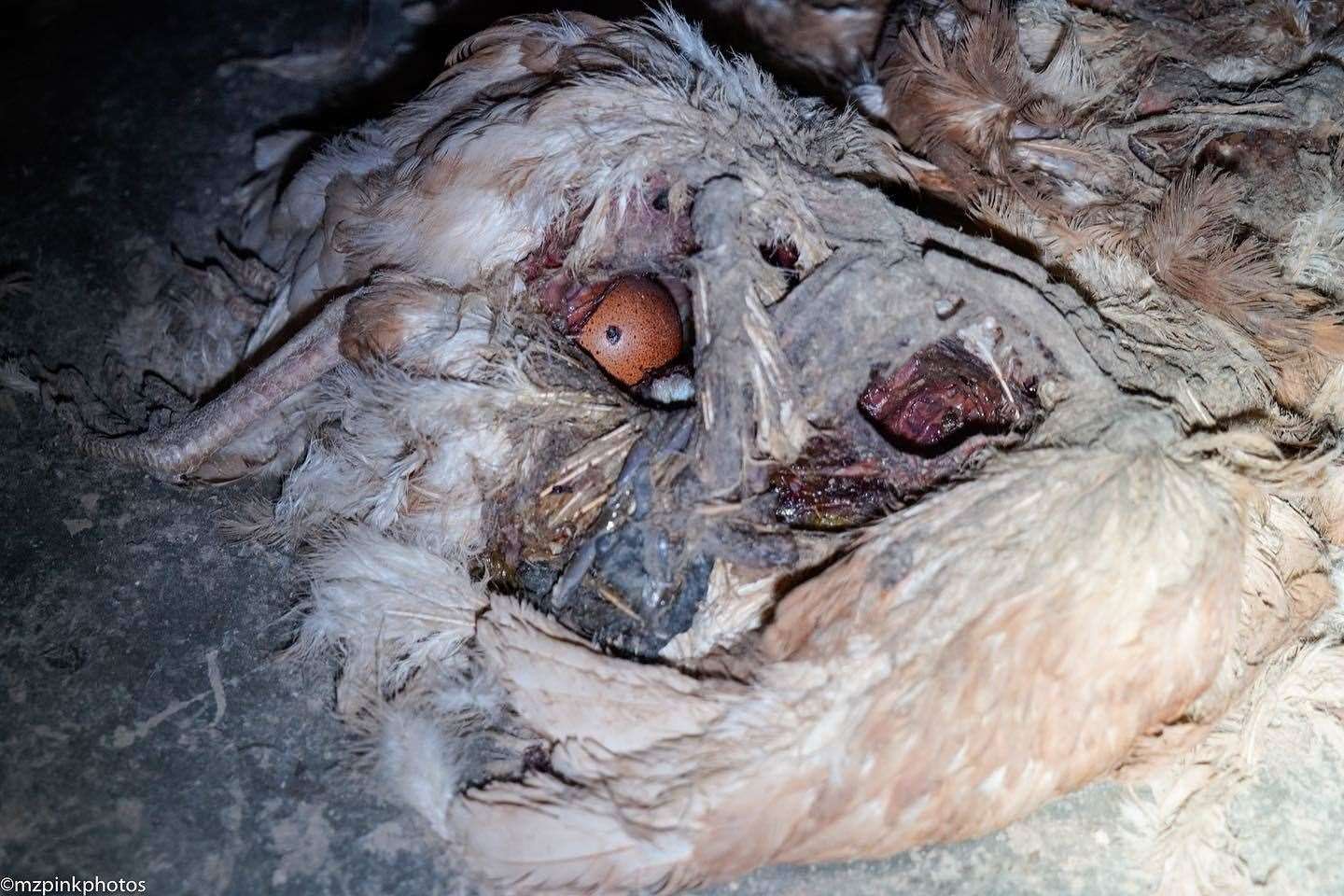 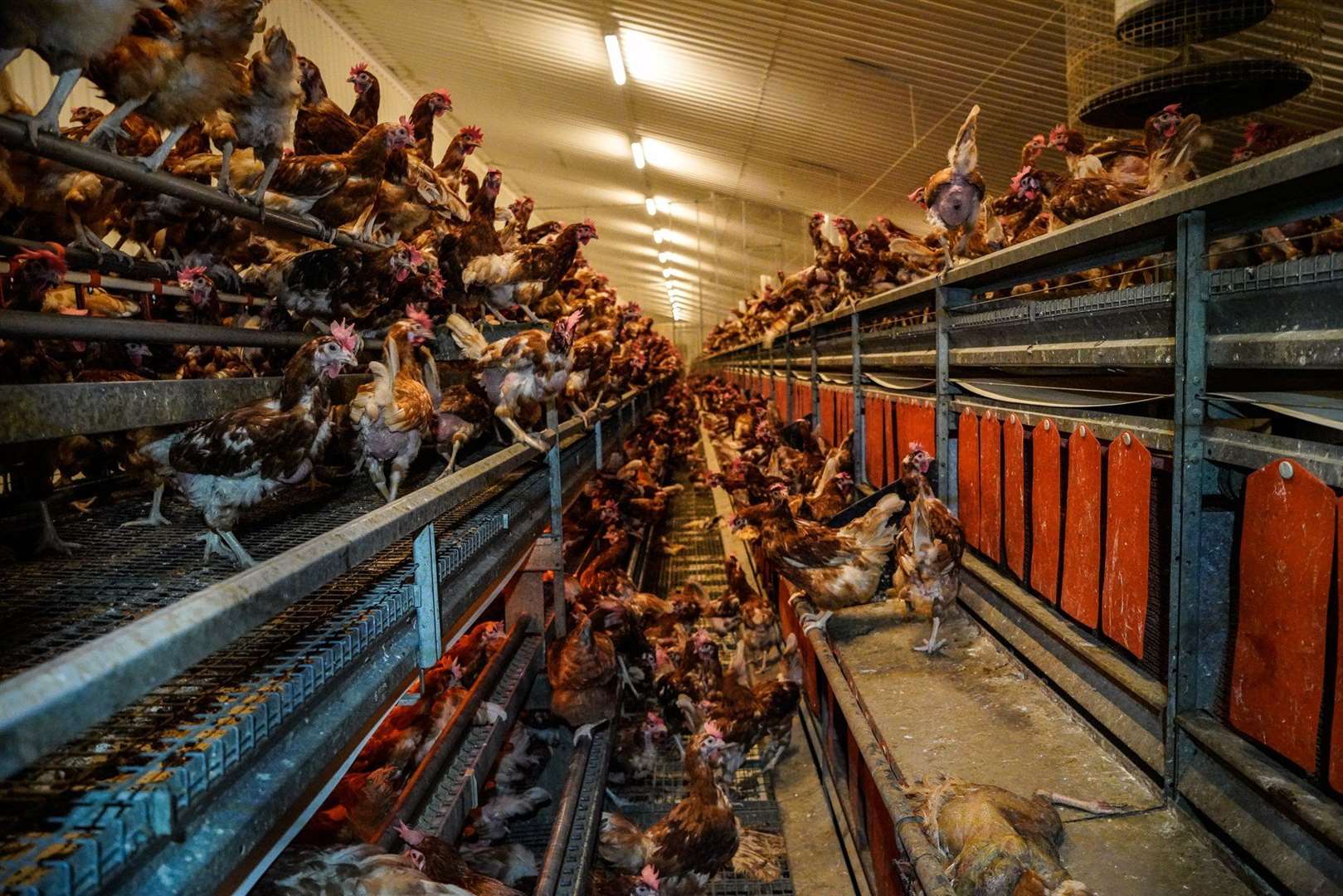 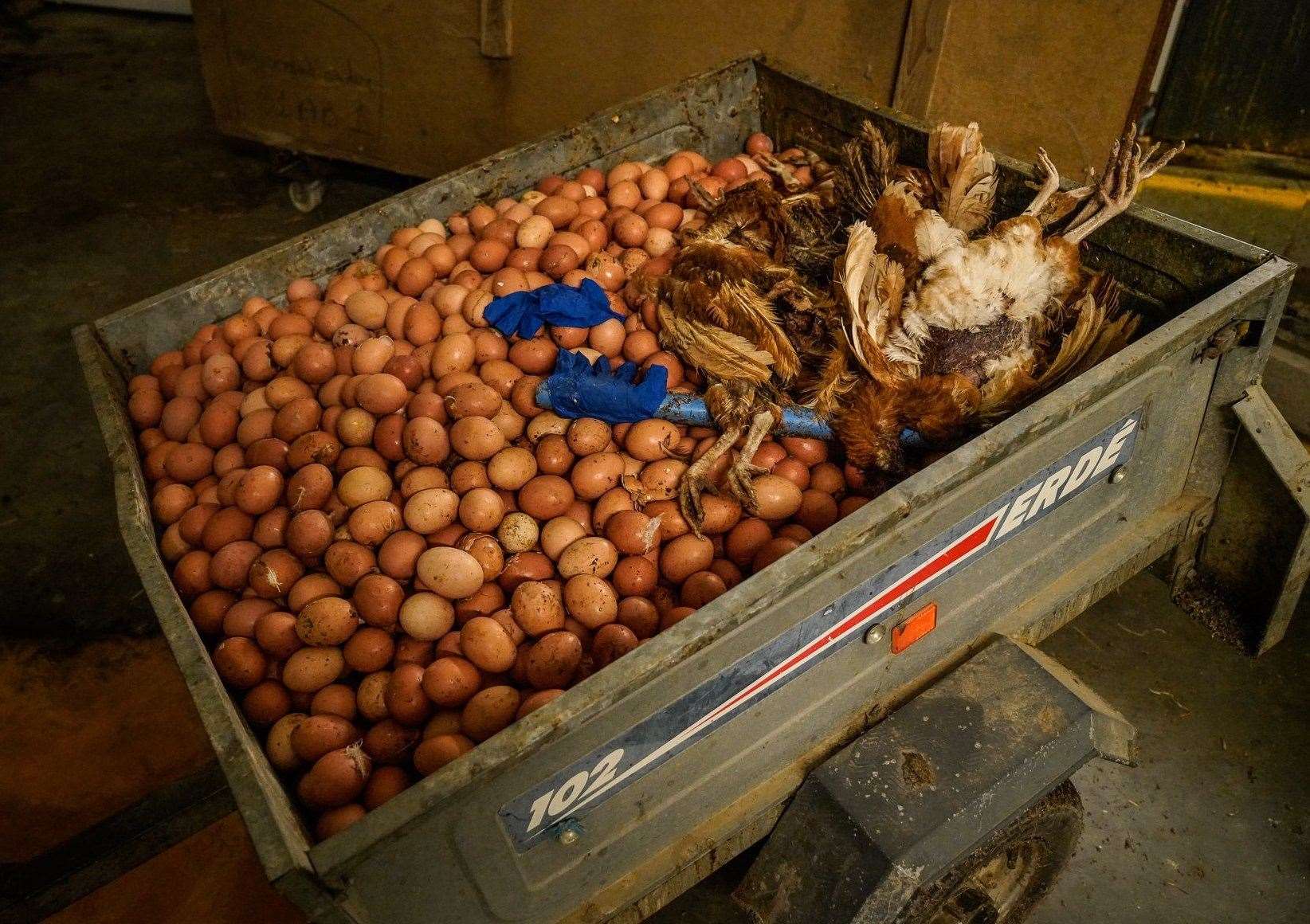 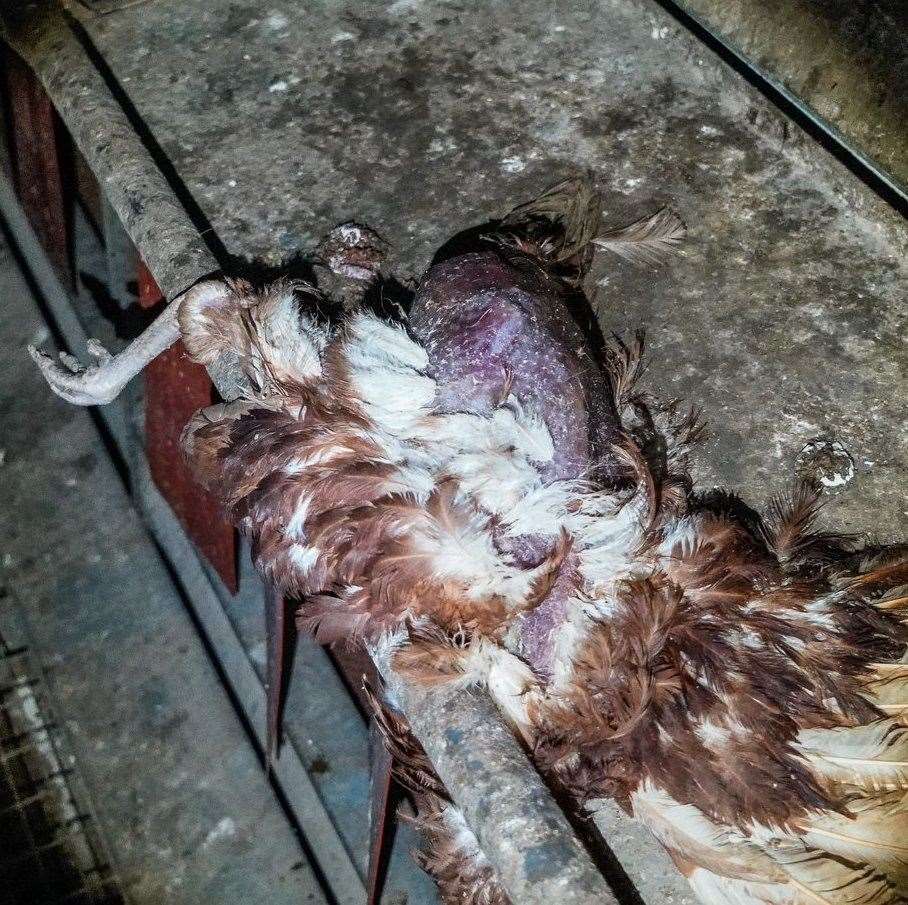 A Sainsbury’s spokesman also said the supermarket chain is also not accepting products from Hoads Farm while the investigation is conducted.

The spokesman added: “The welfare of our animals is extremely important and we are investigating these allegations.”

While at the farm yesterday, activists managed to free 51 hens from the site.

One activist said: “As everyone marched out proudly with the 50 hens I stayed behind and said goodbye and sorry to the thousands of others we were leaving behind.

“Let’s keep them in our minds.”

Escaped animals, unusual finds and news from the RSPCA can all be found here.