Nearly two dozen people have been detained after being found in the back of a lorry in Maidstone.

Police were called to the services at junction 8 of the M20 at 12.30pm , along with ambulance crews, who checked a number of the occupants as a precaution.

A total of 23 people were detained and they have since been taken to the Home Office immigration centre at Dover.

Witnesses said the group were all male and probably ranged in age from 15 to 35.

Sean Briggs, 31, who works in traffic management on the motorway, said: "I just saw a lorry pull into the Roadchef and then suddenly the police and Border Force came a couple of seconds later and quickly got them all.

"You do see a lot of stuff like this on the motorways."

A Home Office spokesman confirmed its teams also attended and that the men - whose nationalities are not yet known - are being interviewed by immigration officials. 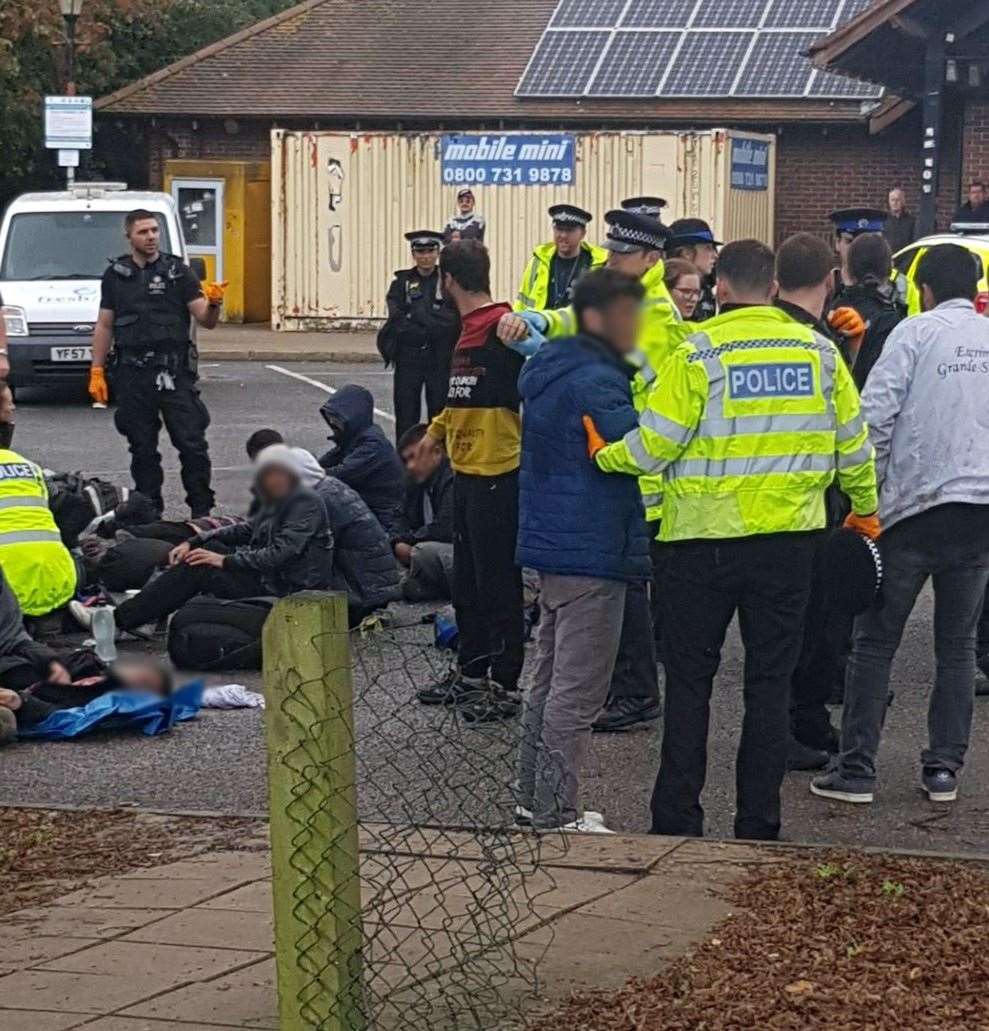 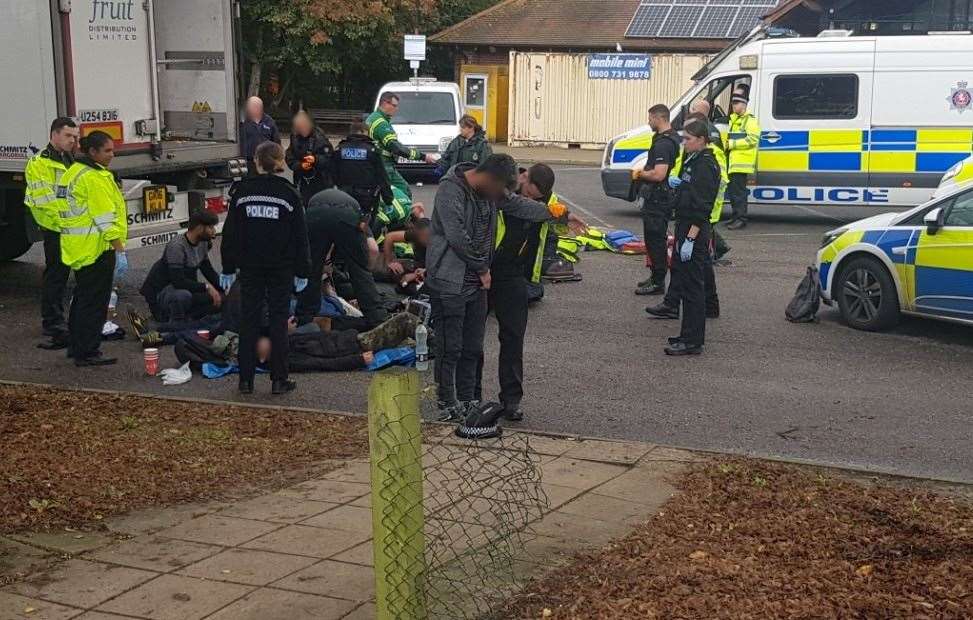 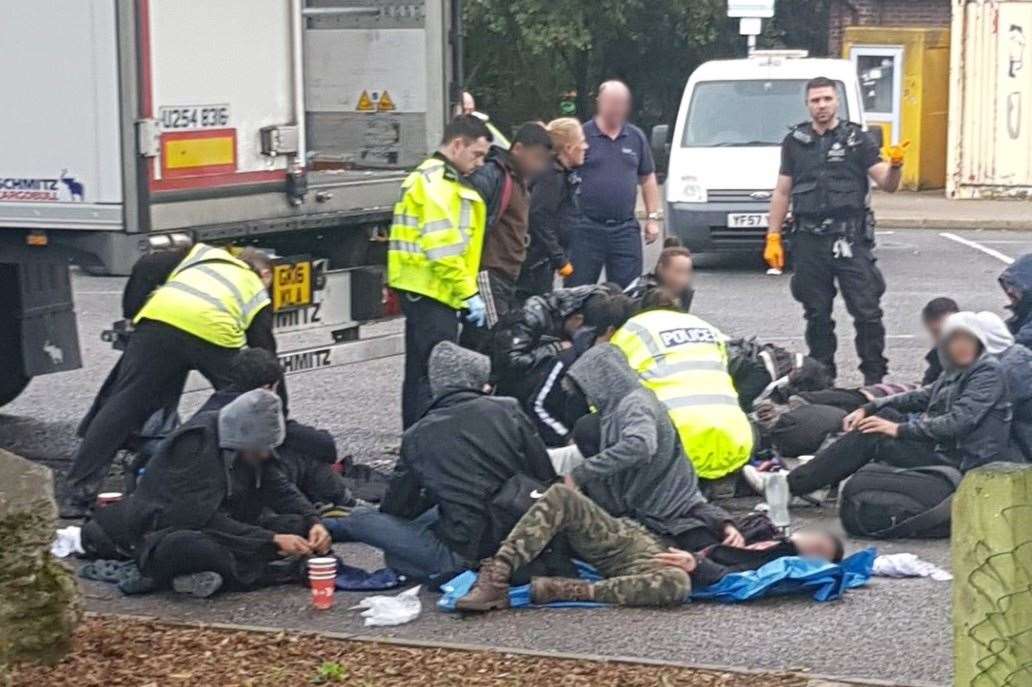