A fire has ripped through a barn containing bales of straw.

Four fire engines and a bulk water carrier went to the blaze at Fant Farm in Upper Fant Road, Maidstone, at around midnight.

When they arrived, bales of straw stored in the outbuilding were well alight.

Crews have been working through the morning using main jets, compressed air foam and water from a hydrant to bring the blaze under control.

The scene of the fire in Upper Fant Road, Maidstone

Gerry Haffenden, who owns Little Fant Farm next to where the fire happened, said: "I don't know what started it, but the farmer just put all the straw in there yesterday.

“It was really hot last night - the fire brigade had to build around it in foam. It's still burning now."

People living or working nearby were advised to keep windows and doors closed as a precaution due to smoke.

He said: "I had a missed call on my phone this morning and a panicked voicemail about a fire. It sounded really scary. 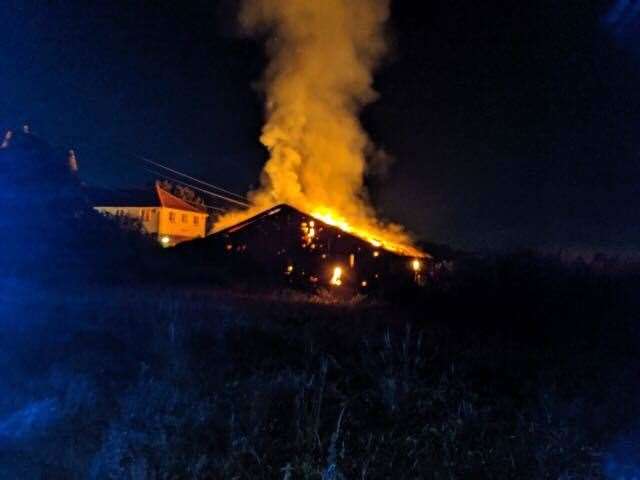 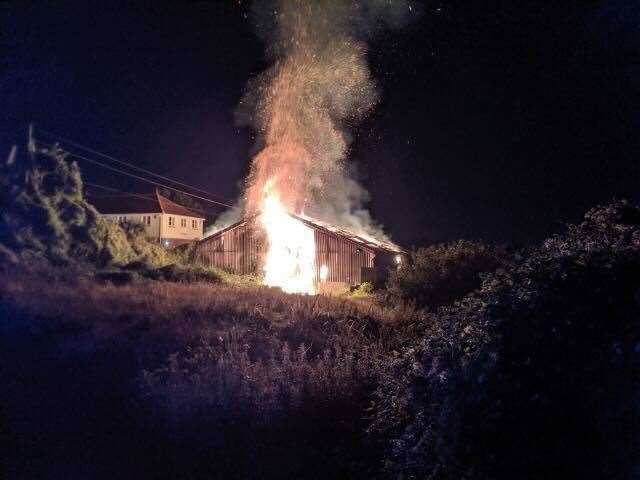 "Firefighters covered the side of our building in foam to protect it from the fire - they did a fantastic job.

"They had to evacuate the building at about 2am. They had to stay out there for about an hour."

The incident was reduced to one fire engine at around 3.26am and crews were making steady progress in extinguishing the fire.

No casualties have been reported and the exact cause is not yet known.

The straw was being left to burn out as it is more eco-friendly, one of the crew said at the scene today.

Because it is a natural material, the straw has released oxygen and so releasing carbon when it burns makes it a carbon neutral process. Putting it out would mean it would take years to decompose.

Police did not attend the incident.Crews left the scene at 3.50pm.

For more news on fires in the county, click here