Residents across the county have fallen victim to flooding after extremely heavy rainfall.

Areas such as Marden, Bearsted, Westerham and Maidstone have been affected particularly badly. 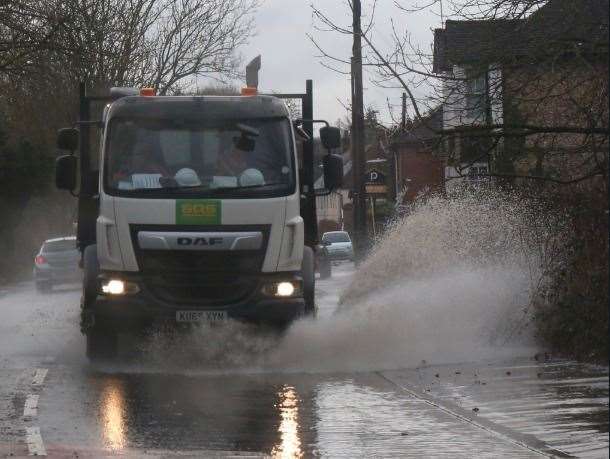 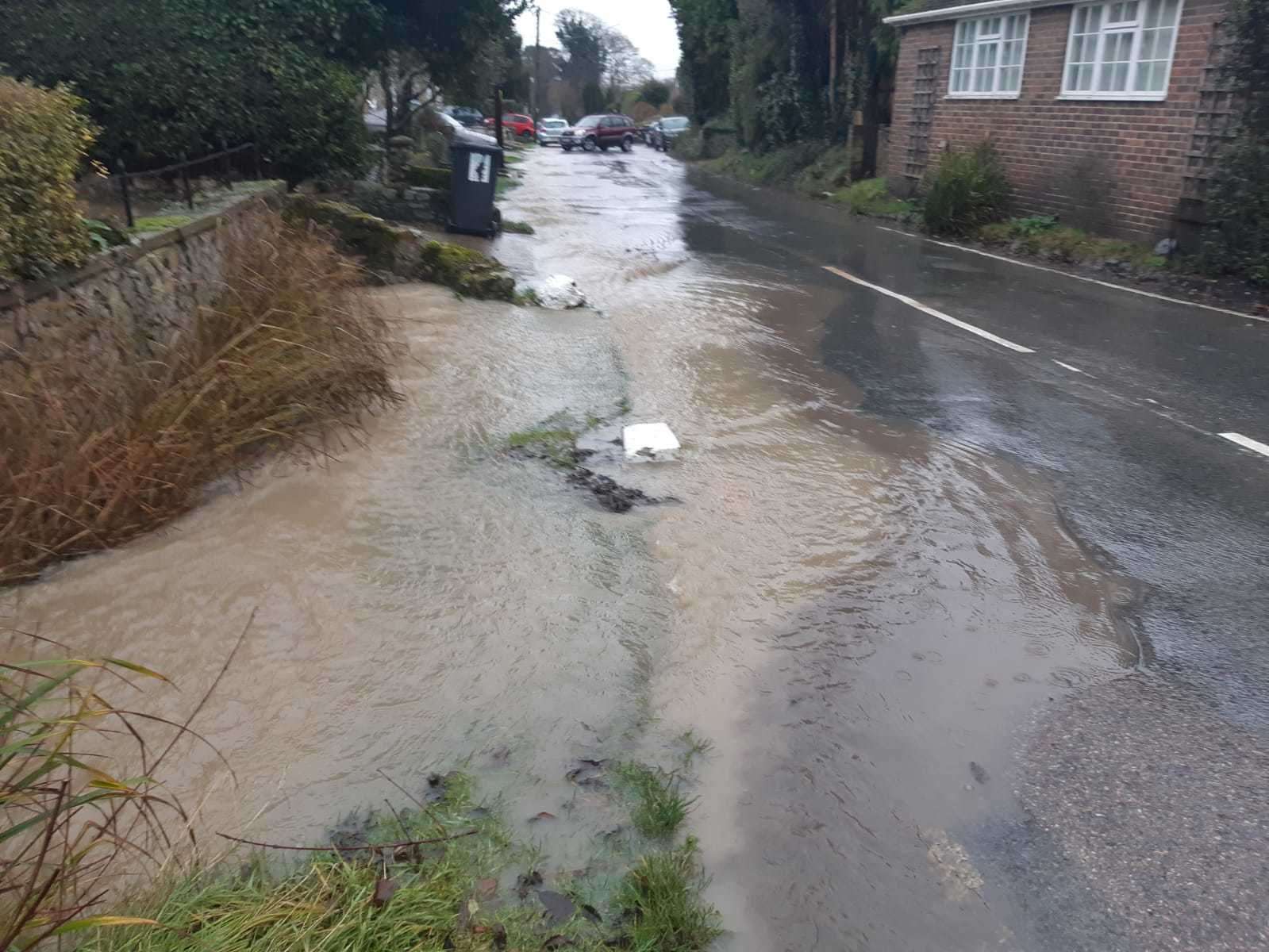 Scroll down for videos

It comes after flood alerts have been issued for land next to the River Medway, Beult and Stour and other parts of the county.

Yesterday Maidstone Borough Council issued a flood warning to residents, asking them to be prepared and organised ahead of time in case they are affected.

Officials reminded people that they are responsible for their own flood protection equipment which may include sandbags, and if they believe their home is at risk to purchase these from builders’ merchants now and store them at home ready to react quickly if there’s a problem.

Torrential showers are expected to continue into late Saturday night.

Thunderstorms and strong winds could be on the cards, with some uncertainty as to exactly when we will see the heaviest rainfall.

One resident of Goudhurst Lane, Marden, who did not wish to be named, said: " I have been here about two years this is the first time we have seen it.

"One of the neighbours keeps chickens in his back garden so that is awful, you can imagine what this does if you are keeping livestock.

"I think there will be people who have more damage than us but it will definitely have caused some damage for us.

"I didn't know my garden was flooded until I got a text from my neighbour, so I took a ponder down there and saw it all.

"It does get very flooded here as it's not far from Yalding which gets horribly affected."

Claire Dominic, of Hunton Road, Marden has a small river that runs at the bottom of her garden, which burst its banks.

She explained how she has ordered some sandbags in a bid to stop the water reaching her house.

The mum-of-three said: "It has been raining non-stop for a long time now.

"The river level goes up and down here but where we have had so much rain it just keeps going up.

"The river has been blocked off by a local farmer to make sure we don't flood, so normally it would be a lot worse but water finds its own natural course again and there is too much so it has burst it banks.

"I have just ordered some sandbags because it hasn't reached the house yet and I am worried it will."

The artist went on to say that the river is normally so shallow that you can see your feet when paddling in it, but now a bridge that goes over it is completely underwater.

"I would say another 2ft and the road outside will be underwater as well," she added.

The land near Ms Dominic's home has been earmarked for 2,000 new homes, but she says it is 'not possible.'

She added: "All of the new homes are going to cause even more problems. When I look out of my front door I can see the land they plan to build on and that is completely underwater, totally flooded.

"It's not possible for them to build on that."

Leader of the Conservative group on Maidstone Borough Council, John Perry, said:“I’ve always thought MBC conducting another ‘call for sites’ was a bad idea. It’s encouraged all sorts of daft building plans to be put forward.

"The pictures of water-logged and flooded land around Marden this morning simply underline this. We need MBC to speed-up the process of identifying and then rejecting the plainly unsuitable sites that have been submitted.

"Those around Marden and Staplehurst would be a good starting point.”

Read more: We look back at the flood chaos of 2013

Read more: all the latest news from Malling