A landlady has hit out at bin men who knocked down an historic pub's iconic tree and blamed lightning.

Tina Beadle, who runs The Scared Crow in Offham Road, West Malling came across the damage. 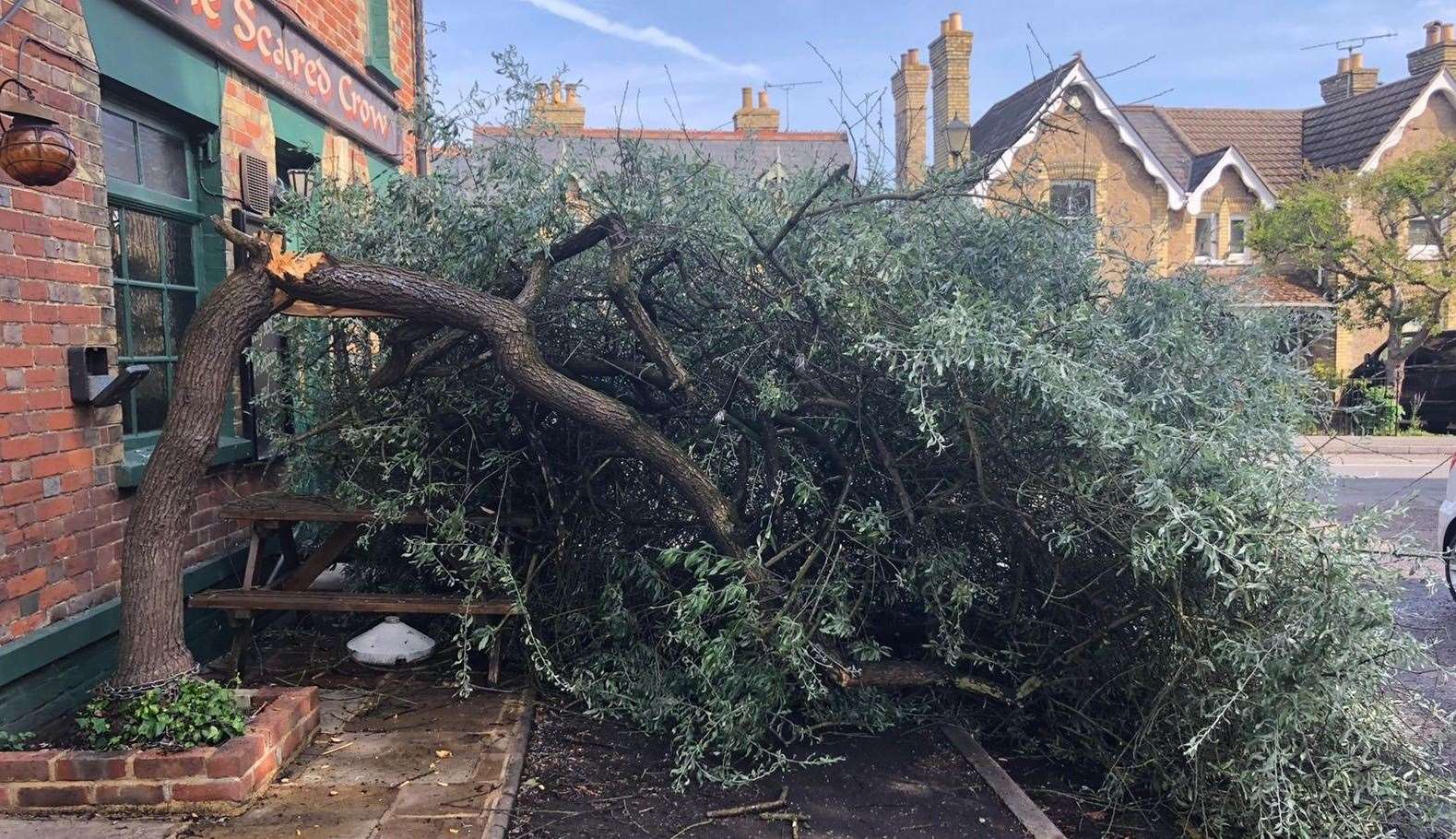 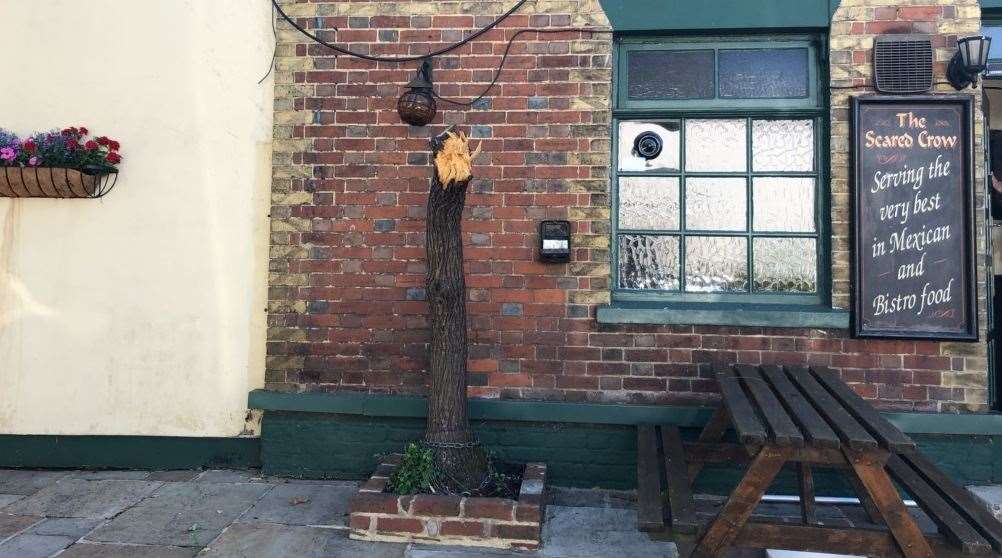 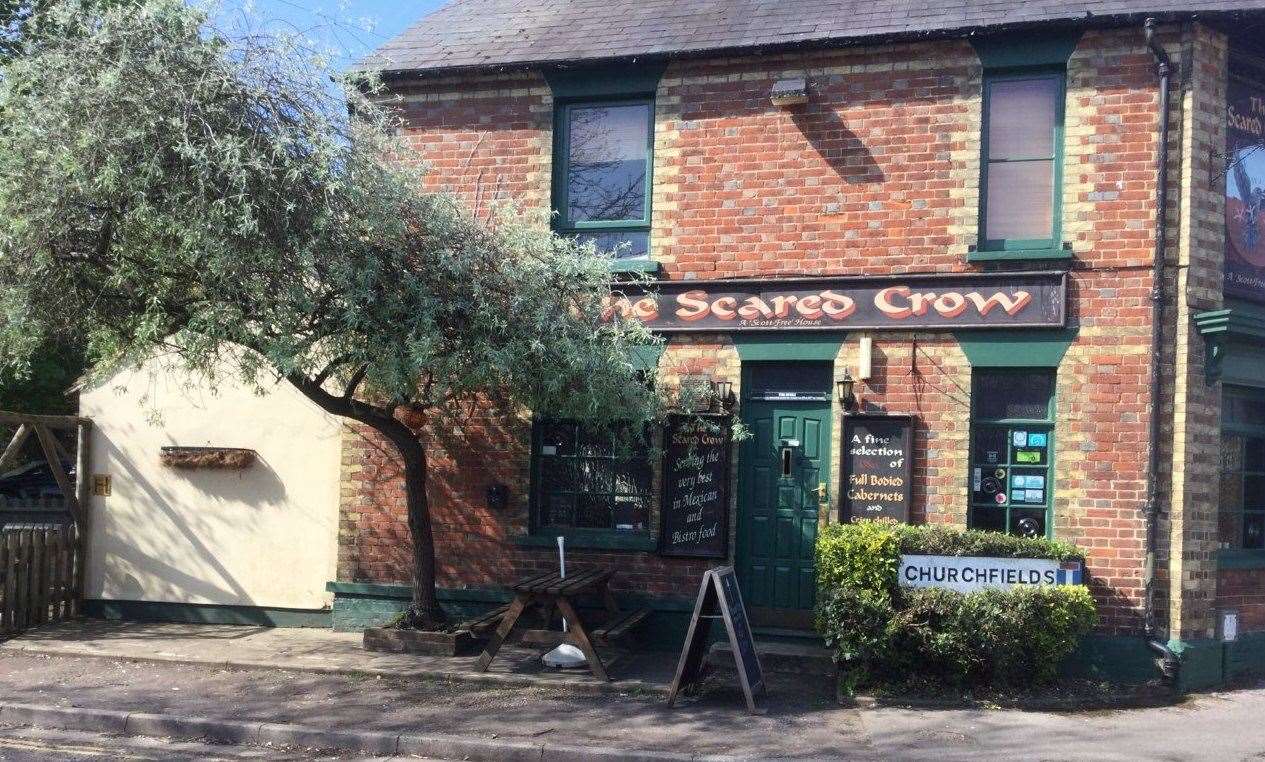 One of her customers reportedly found refuse workers from Urbaser examining the incident.

She said: “A friend of mine saw the refuse truck and the tree which at this point had already been snapped. He asked them what had happened, one of the drivers said ‘oh we’ve clipped the tree but don’t worry we’re calling it in’.

“By the time I got there the truck had gone but when I phoned up to find out what happened, the company said it was caused by lightning.

“They said it was hanging down after being struck and their vehicle had caught it.”

But Ms Beadle, who has owned the pub for more than 16 years, is sceptical, after the tree surgeon who came to remove it said he did not believe that had caused the branch to snap.

“He said if it was hit by lightning there would have been scorch marks or burn marks but there was nothing of the sort,” she explained.

As the Scared Crow opened its door on Saturday welcoming back customers for the first time since lockdown, Ms Beadle said the incident could not have come at a worse time.

She added: “It was just another thing on top of everything else. Things are hard enough as it is at the moment and I cried when my customer told me what had happened.

“The pub dates back to the 1870s, whether the tree is that old I don’t know but it is an integral part of the building. People sit under it for shade and it's really frustrating it's not there any more.”

Ms Beadle praised the council for acting so quickly to remove the tree, but is asking for an apology from Urbaser, and for them to replace it.

Urbaser did not respond to our request for a comment.