General Election 2019: Round-up of all the pranks on Tom Tugendhat's banner in Leybourne

This year's election saw the return of a group of cheeky pranksters.

Tonbridge and Malling's newly elected MP Tom Tugendhat's face, on an promotional banner in Leybourne, was replaced by several famous ones over the past two weeks. 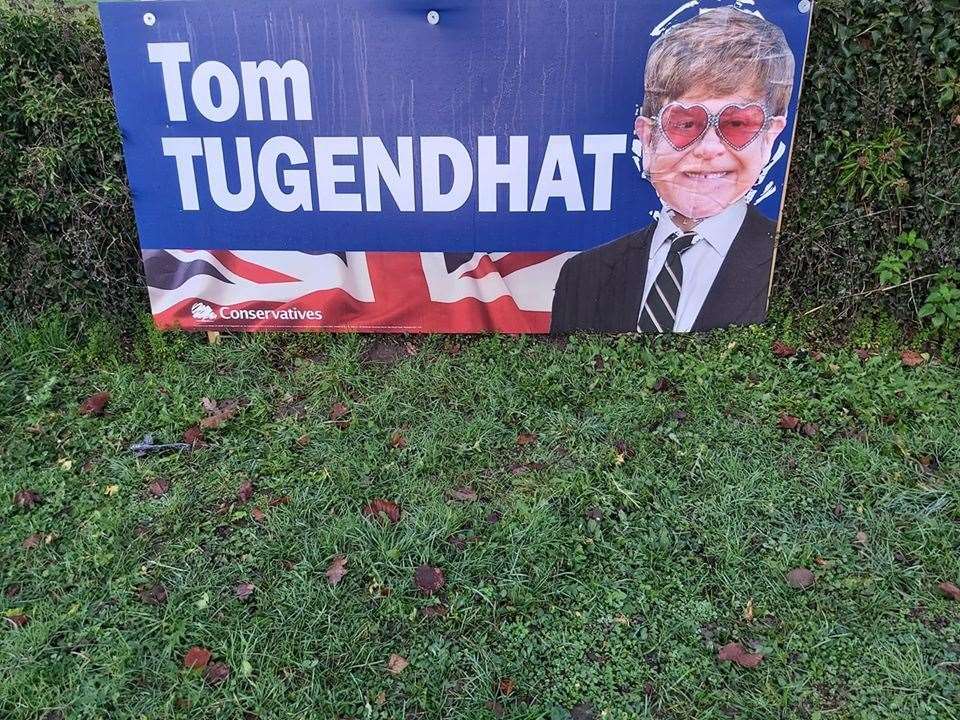 This year Mr Tugendhat's face increased dramatically in size, making the prank a little more difficult for the group of mischievous vandals known as the 'Leybourne Pranksters'.

Locals were pleased to see the return of the joke. Andrew Johnson said it was: "The only funny thing about this election."

Mr Tugendhat posted on his Facebook page when the sign went up in the village challenging the group to repeat the antics of the last election in 2017 which saw Tom Selleck, Margaret Thatcher, Borat and others, donning his suit and tie.

A spokesman for Leybourne Pranksters said: "We have tried to cover loveable and popular characters from real-life and fiction, and hopefully we made this years election slightly more bearable for some by adding some amusement to the proceedings.

"It amuses us as much as it does others, but having said that, we hope it will be a long time before we see the sign again."