Image of dress released in hunt for park rapists

Image of dress released in hunt for park rapists

Couple get married in post-lockdown wedding at Corn Exchange, Rochester

It was supposed to have been a intimate affair of fine dining in a fancy restaurant with 50 guests.

Instead, Michele and Graziella's wedding day turned out to be a socially distanced 15-minute ceremony at Rochester's Corn Exchange as they were the first in Medway to marry following the easing of lockdown restrictions.

This was then followed by cake and bubbly in plastic cups from the boot of a 4x4 in a car park opposite.

But for the couple, who had to cancel their plans to marry on March 24 – the first day of lockdown – it was one of the best and funniest days of their lives.

While there was no walking down the aisle, they did stroll down the High Street after the 11am nuptials on Saturday – grabbing a bouquet of flowers from a florist along the way.

Michele, 34, and Graziella, 35, who are both personal fitness trainers, bade farewell to their nine friends and relatives and headed to Brighton for the weekend, stopping off at a service station for a McDonald's.

They had asked to postpone their big day until next March, but were told they had to get married before the end of the year when their licence ran out. 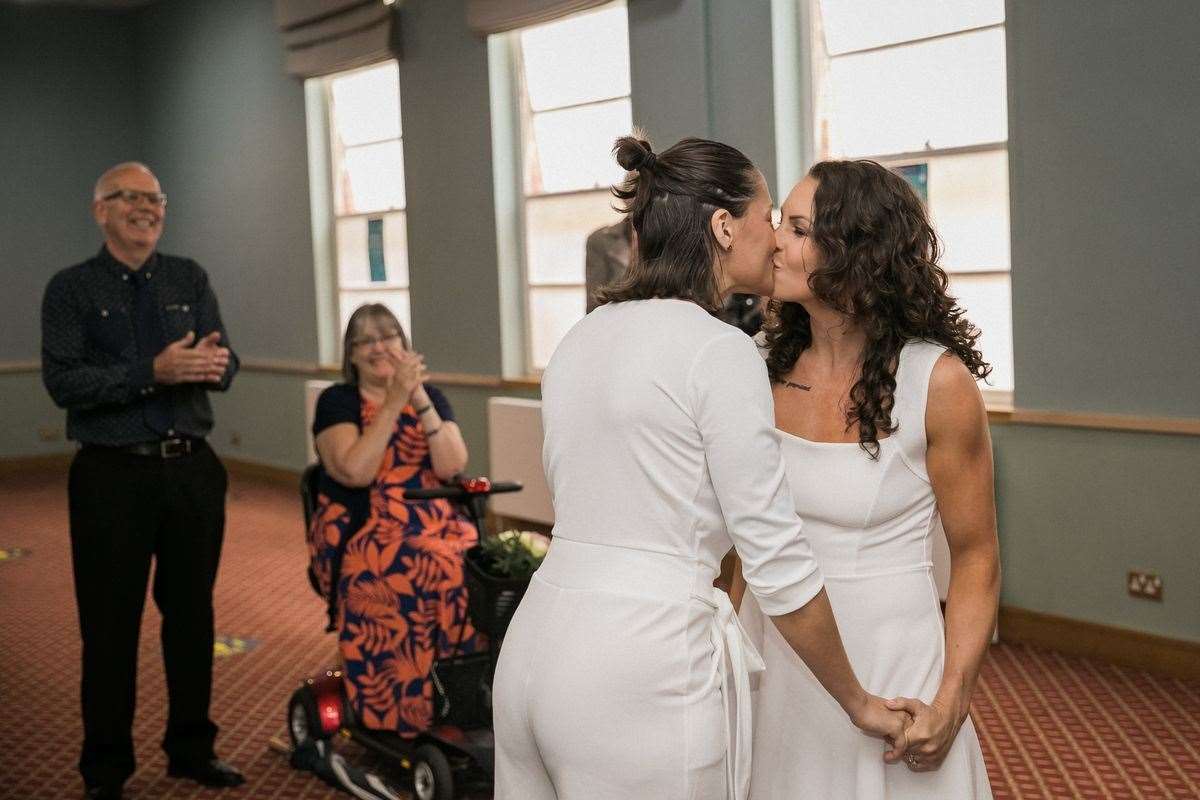 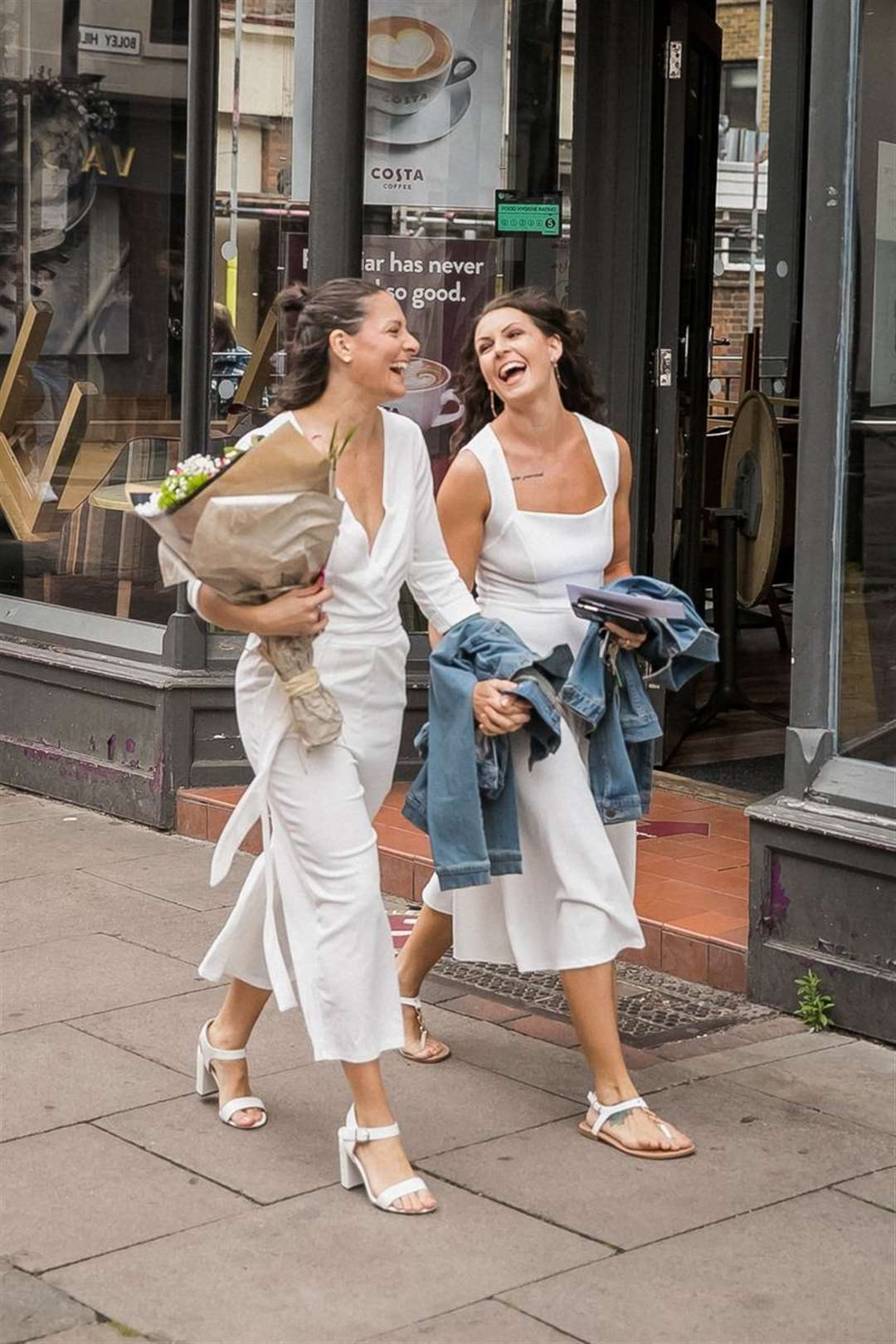 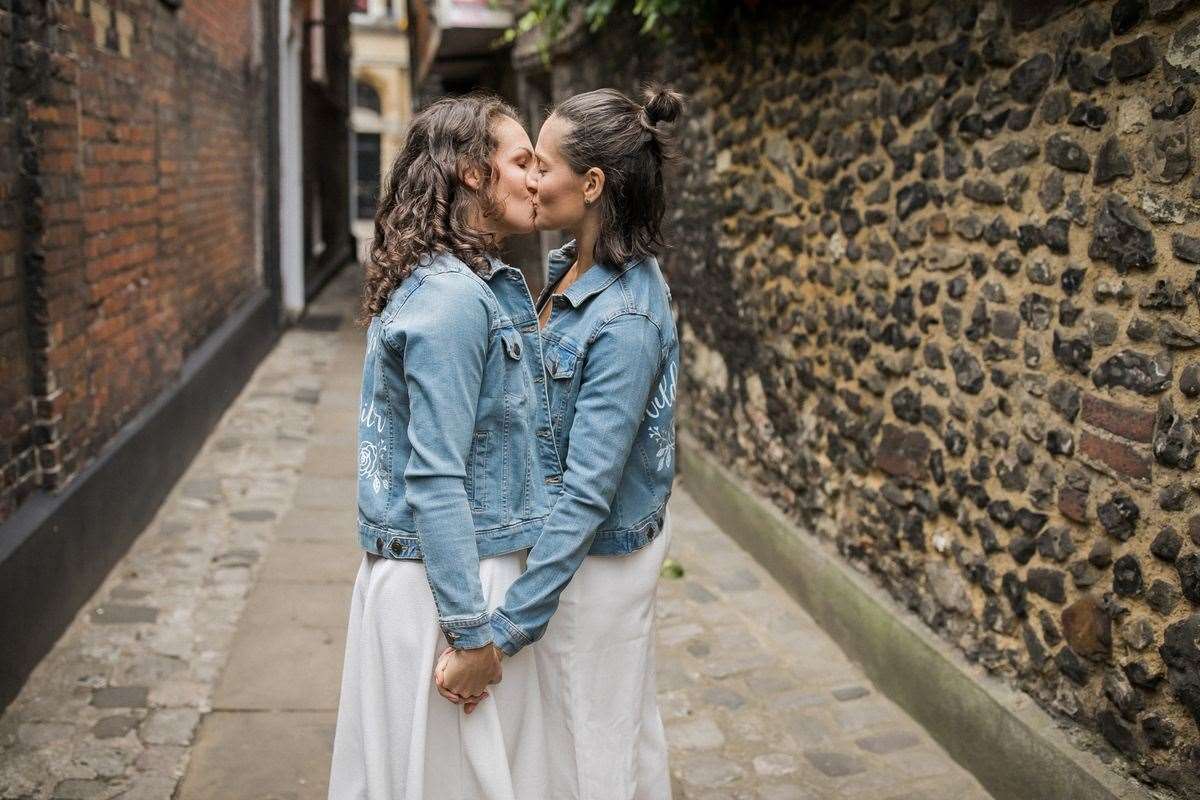 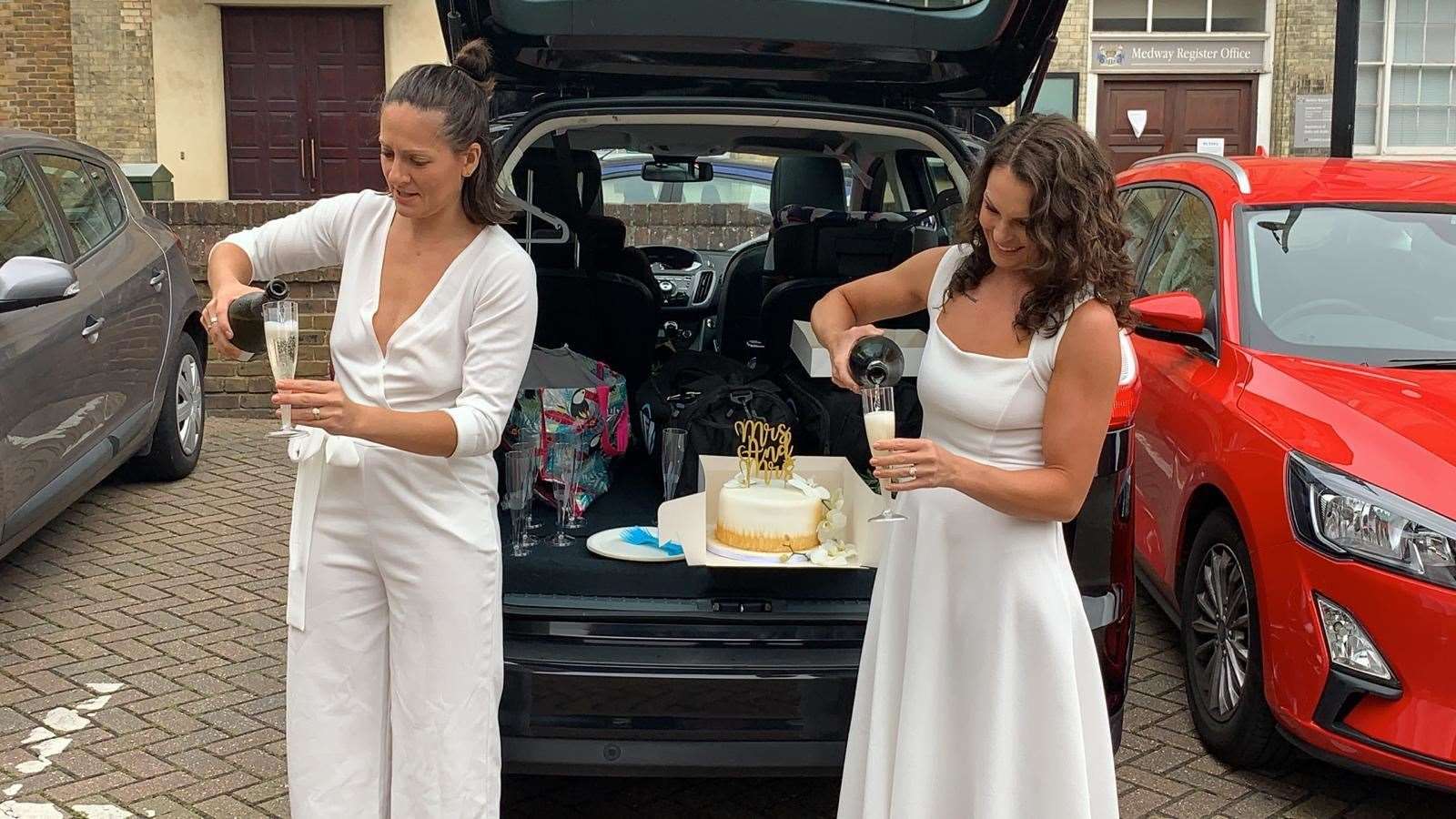 Graziella said: "We kept putting it off month by month waiting for Boris to make an announcement to ease restrictions.

"We got engaged in February last year and had been planning it for 10 months.

"It wasn't what we expected, but it was really good fun and a day we will never forget."

The women, who live in Hermitage Lane, Barming, near Maidstone, plan to hold another "wedding" celebration next March when they mark their third anniversary together.

Michele added: "I was always a bit nervous about saying my vows in front of a lot of people, so I'm thinking of this as a trial run."