Two men were caught on camera fleeing the scene after ploughing into three cars and a bollard in Chatham last night.

Police were called to Luton Road at 11.40pm to reports that a Mini Cooper had crashed into parked cars, but say the driver had left by the time they arrived.

Witnesses described how two men ran away from crash, leaving a scene of devastation behind them.

One witness, who has not been named, managed to get picture of the men, and they can be seen wearing dark coloured hooded coats running down the street

George Atzev, who lives in nearby Henry Street, heard the crash from his house and went to the scene.

"I was at home," he said. "The crash was so loud that I heard it from there and I went to check out what happened.

"The police were already there - it happened just after 11.30pm and they were they got there about ten minutes after.

"I heard there were two men that did a runner. There were a few people in the street - mainly the car owners. They said they heard a bang and looked out to see what happened.

"A few of them saw the men run off. Some people said the car was driving so quickly they couldn't make out the car model, so they must have been travelling very fast.

"I was there for about fifteen minutes - they got the highways team from Medway Council down and they started cleaning up the scene."

The road was closed while the Mini was recovered and inquiries are ongoing to identify the driver. 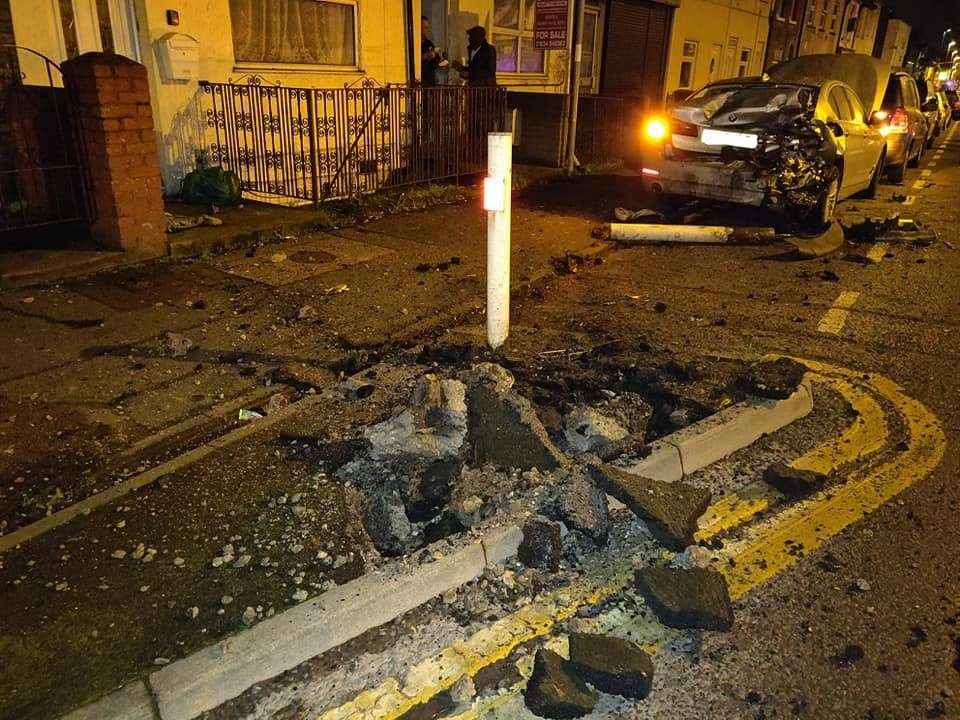 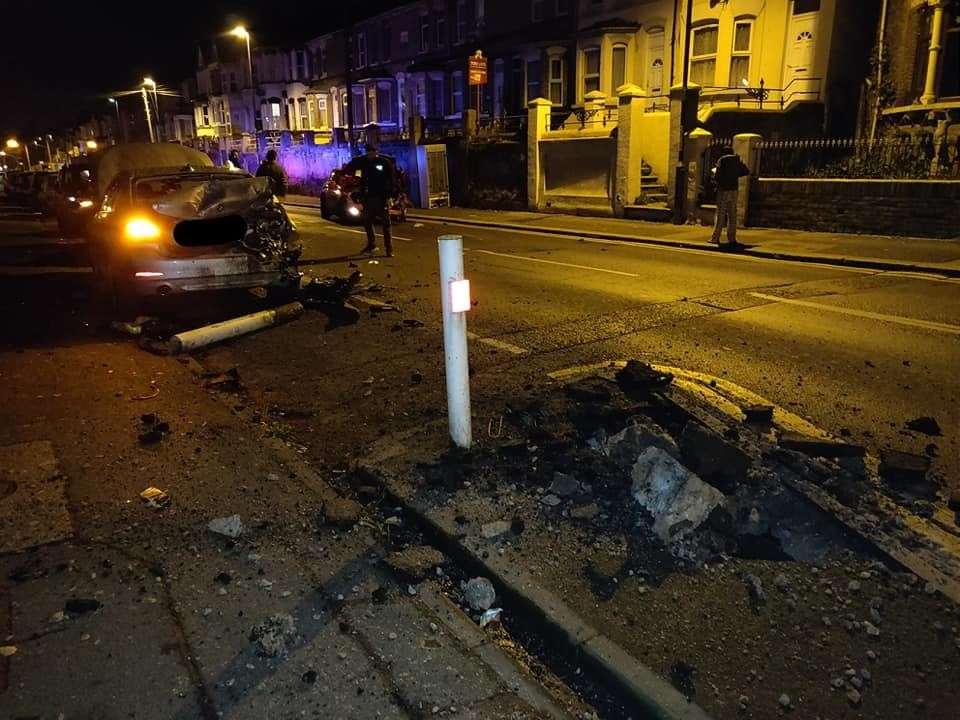 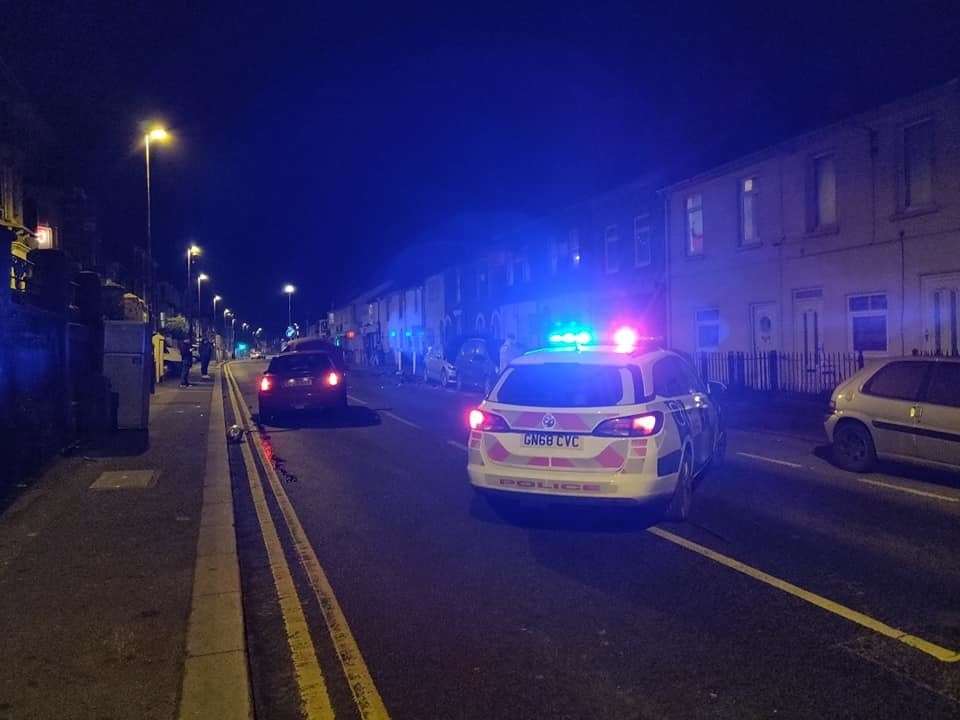 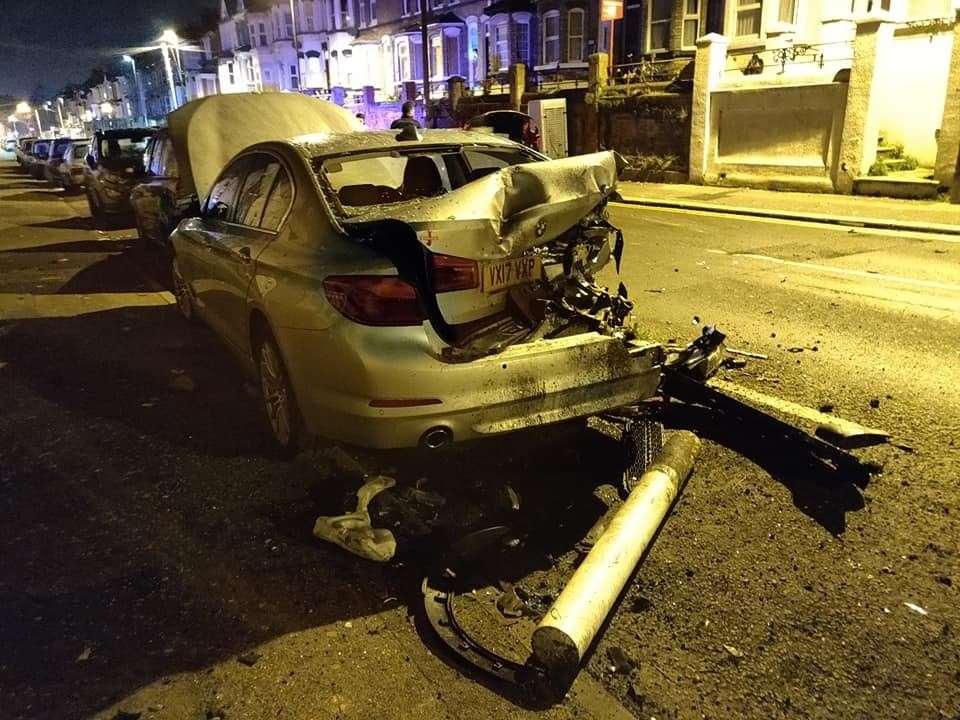 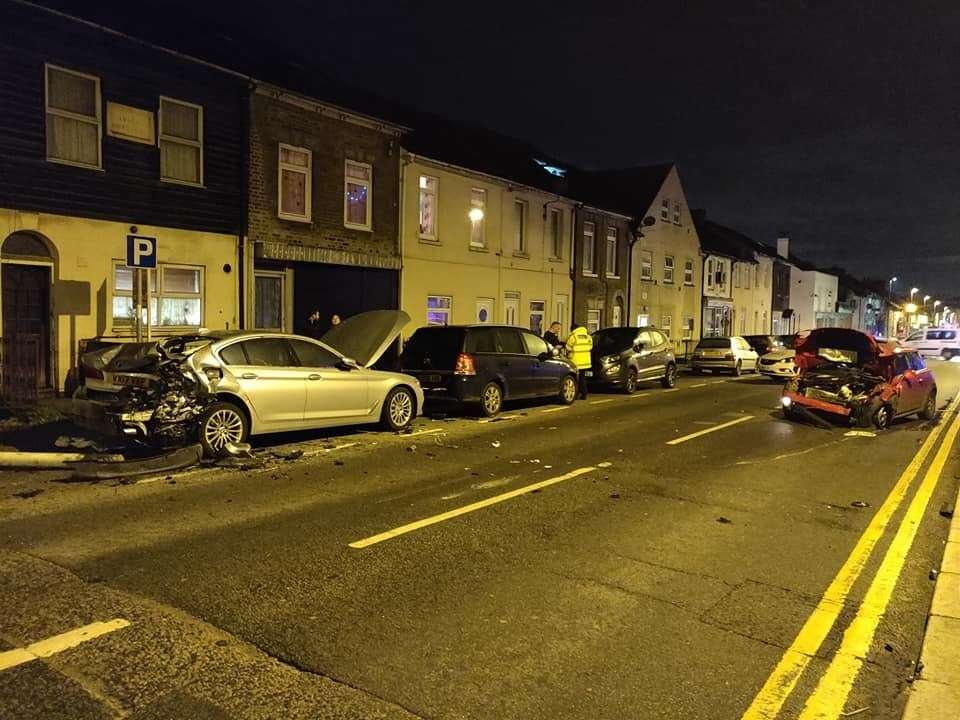 Did you see the crash or the aftermath? Email medway@thekmgroup.co.uk