A cordon is still in place around a flat in Rochester after a man was found stabbed to death yesterday morning.

Officers were called to the property at about 6am and the man was pronounced dead at the scene.

The incident caused detectives to launch a murder investigation and two men were arrested.

This morning, one police car was parked outside the entrance to the property in Almon Place - just off the High Street - and a couple of officers are standing guard at the flat.

The two men arrested on suspicion of murder, one aged 35 the other 42, who are both from Medway, remain in police custody.

Traders opened their shops as normal today and there is no police presence in the high street. 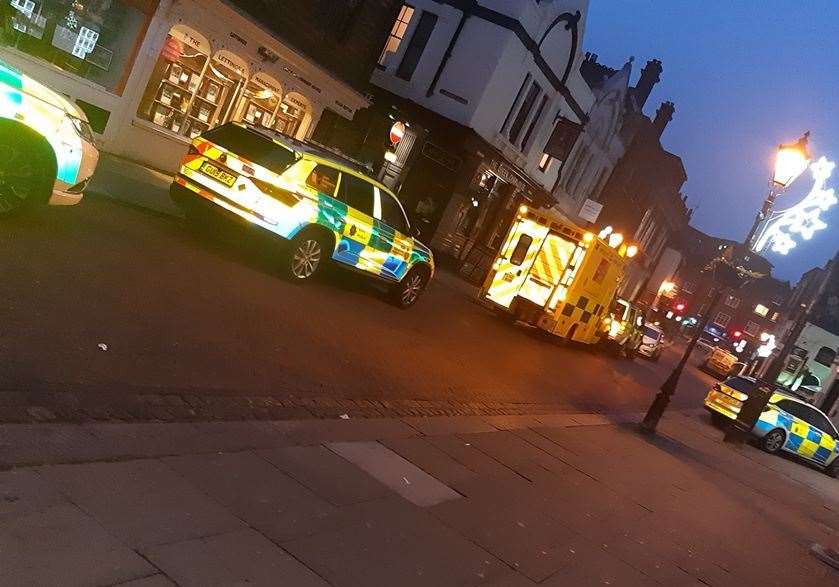