Gang who raided cash machines in Kent and Essex jailed

Five men who formed part of an organised criminal gang involved in cash machine raids have been jailed for a combined total of over 22 years.

He had previously admitted being involved in five incidents reported across Kent and Essex between February and July 2019.

The group were responsible for causing £704,691 in damage to businesses. They also stole vehicles and tools worth £32,185.

The five were arrested following an investigation by detectives from the Kent and Essex Serious Crime Directorate.

During the early hours of Monday, July 22, 2019, they targeted a cash machine in Brentwood Road, Essex.

A stolen digger was used to pull the ATM from the side of the building, causing thousands of pounds worth of damage in the process.

The men were travelling away in a van with stolen number plates when they were stopped and arrested.

Officers recovered more than £100,000 of cash from a van, specially adapted with a hole in the roof to allow for the cash machine to be dropped into it quickly.

Detectives were able to link individual members of the gang to four similar thefts in Kent:

An attempted theft in Hopeville Avenue, Broadstairs, on Sunday, February 24.

The theft of a cash machine from a supermarket in Longfield Road, Tunbridge Wells, on Thursday, April 4.

An incident on Monday, May 20, at Hempstead Valley Shopping Centre, Gillingham, in which a cash machine was stolen.

Barnard was jailed for three years and seven months and John Lee for five years and nine months. 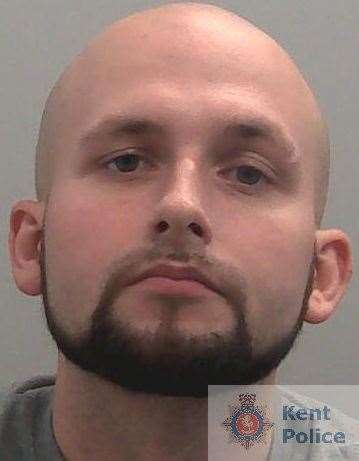 Eves was sentenced to two years and three months and Billy Lee jailed for three years and seven months.

Det Insp James Derham of the Kent and Essex Serious Crime Directorate said: "These men had absolutely no regard for the damage their crimes had on the communities they targeted.

"They put the public in danger with their reckless actions, crippled businesses, caused hundreds of thousands of pounds worth of damage and stole plant machinery which prevented businesses from moving forward with building works.

"In short, their selfish actions had severe consequences for many people including the local communities who relied upon these facilities.

"The officers involved in the case worked with sheer tenacity to painstakingly piece together the movements of those involved and other key evidence, leaving these men with no other option but to admit their part in the conspiracy."

To read more of our in depth coverage of all of the major trials coming out of crown and magistrates' courts across the county, click here

For information on how we can report on court proceedings, click here