Part of the M2 was shut for nearly four hours after a lorry went up in flames.

Three fire crews were called to deal with the blaze, on the entry sliproad to the motorway coastbound by Medway Services in Rainham.

It happened at around 4.30pm, but the road was blocked in both directions between Junction 4 for Gillingham and J5 for Sittingbourne for two-and-a-half hours.

Six and a half miles of queues built up, with coastbound traffic backing up to J3 (Chatham) and London-bound traffic queuing from J5 back to J6 (Faversham).

It also had a knock-on effect on other roads such as the A249, M20, and A2 - where traffic is queueing Bowaters Roundabout in Gillingham all the way to the Key Street Roundabout in Sittingbourne. 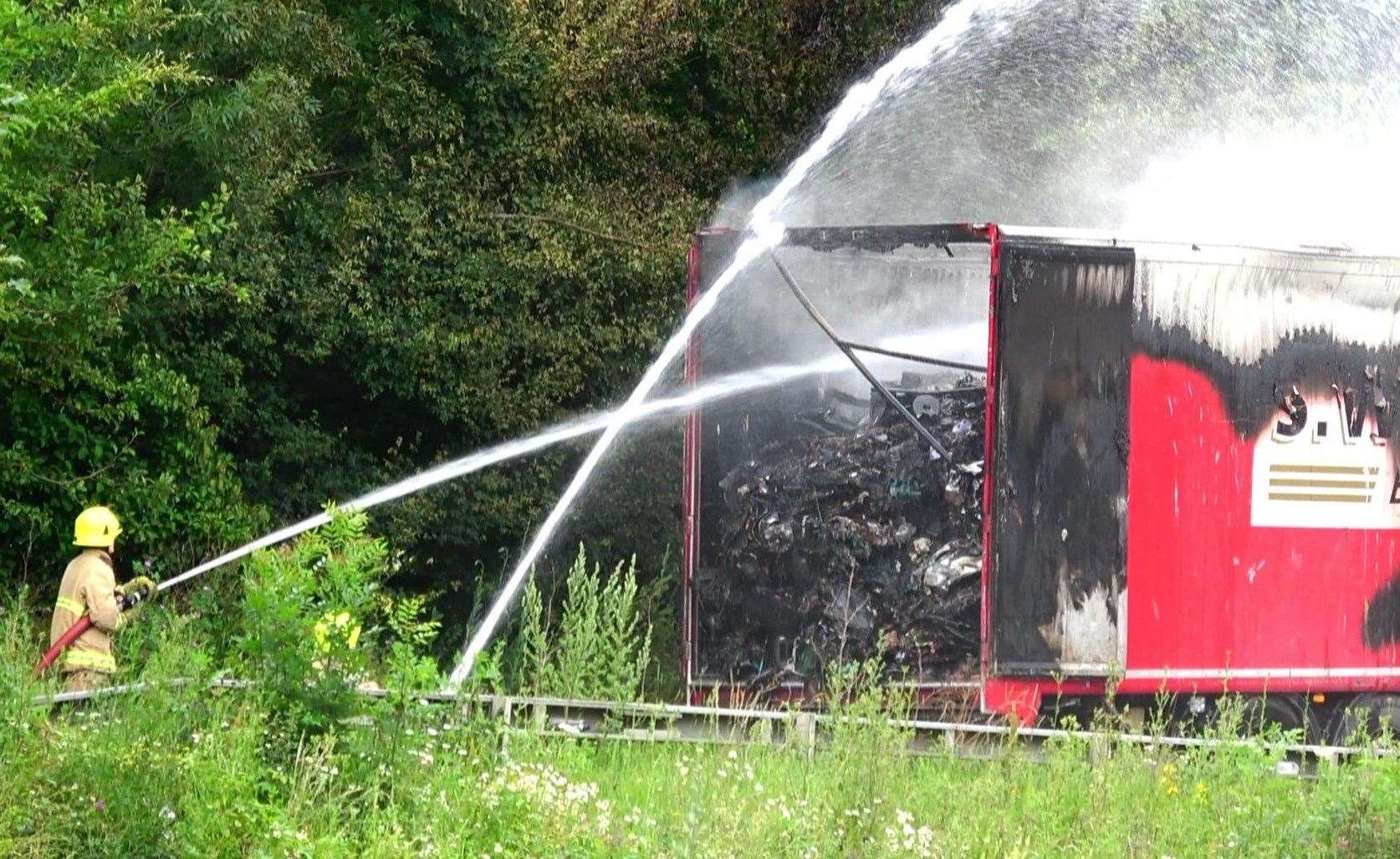 A Kent Fire and Rescue spokesman said: "We're advising motorists to avoid the area whilst the incident is ongoing.

M2 FIRE: Motorists are urged to avoid the M2 between junctions 4 and 5 due to a lorry fire. All motorists should drive with caution due to a large plume of smoke in the area. Thank you.

"Cars will need to drive very carefully because of the smoke."

No injuries have been reported.

Motorists were urged to use the M20 or A2 if possible.

People travelling London-bound were advised to come off at J5 and head along the A249 to Maidstone before getting back onto the M20.