Old school with a history to die for – that’s not just the pub, it’s also the guy behind the bar.

The Crown Inn at Sarre in Thanet proudly displays the year of its birth, 1500AD, emblazoned across the front of the pub in massive red letters.

The barman, a great old boy in his own right, is incredibly proud of the place and explained that although Shepherd Neame owns the bricks and mortar, his family leases the pub from them and loves running it.

I later discovered his name was Clive, not a name you come across too often these days, but by his own admission he answers to ‘Oi’ most of the time.

This is another pub I’ve been lucky enough to visit both pre and post-lockdown and I’m pleased to be able to report social distancing and other measures are all being followed.

I was in literally hours before the ban and again just days after pubs reopened, and on both occasions the weather was fantastic so I was lucky enough to be able to sit outside.

Mind you, I did venture inside when I first arrived and smacked my bonce on the doorway – my own stupidity as it was clearly marked, but I’m giving you a heads-up as there are a few low doors to avoid.

It’s another pub close to the road at the front, presumably as a result of the old coaching days, but there’s a good sized garden at the side with plenty of well-spaced wooden tables, which can be accessed directly from the large car park at the back.

The first time around there were cute little weeds growing from the rustic tables after helicopter seeds got lodged in the gaps. After lockdown the tables, along with much of the rest of the pub, have been spruced up and given a makeover.

On my first visit I enjoyed bangers and mash with lashing of great gravy served in its own boat. I shouldn’t really have had anything else but the black cherry cheesecake proved too inviting to refuse. More recently I only had a tuna mayo sarnie and a bowl of chips. The sandwich, served with a fresh salad, was good and the chips were superb. 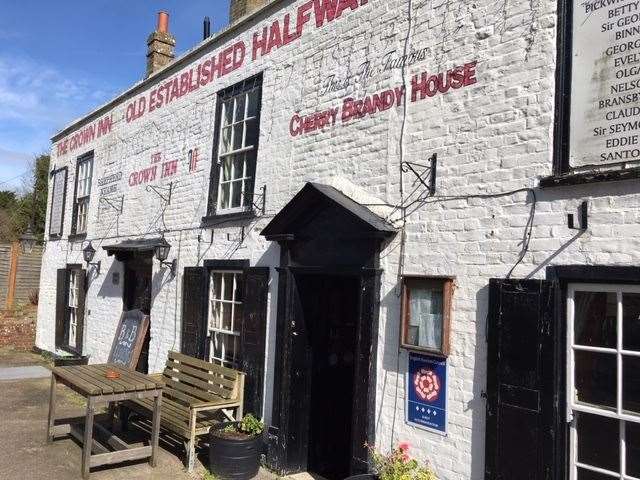 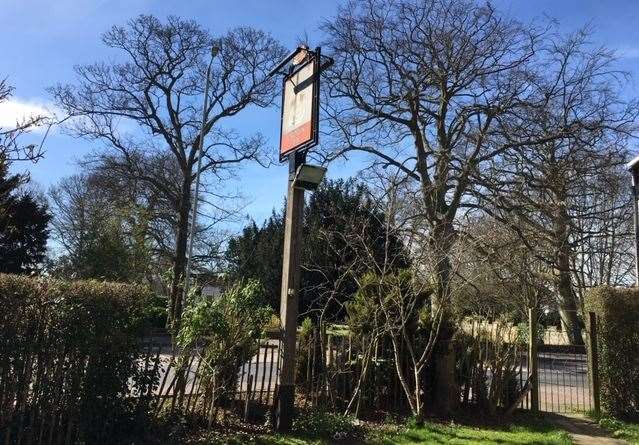 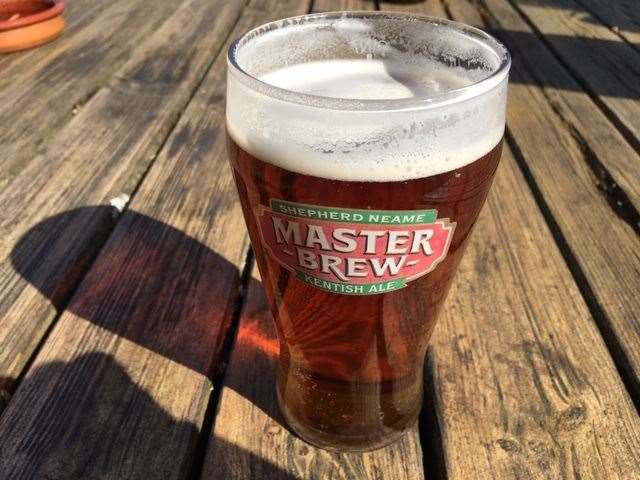 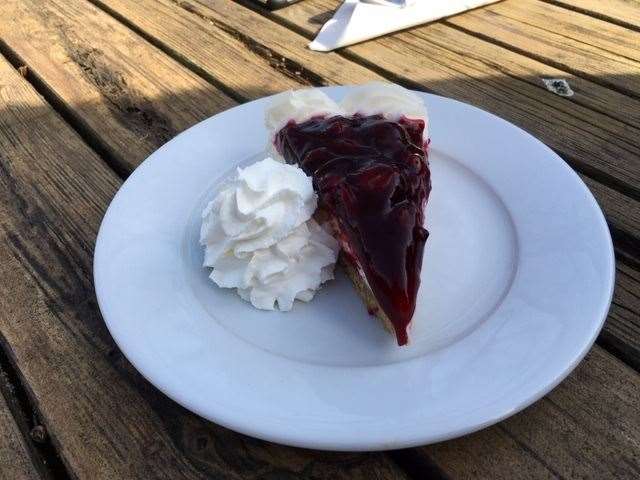 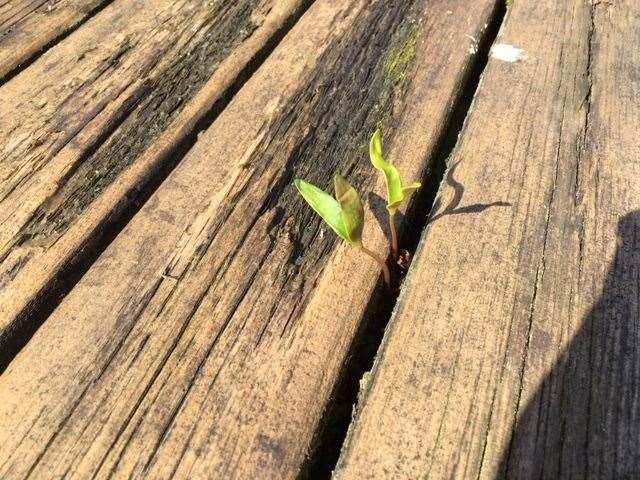 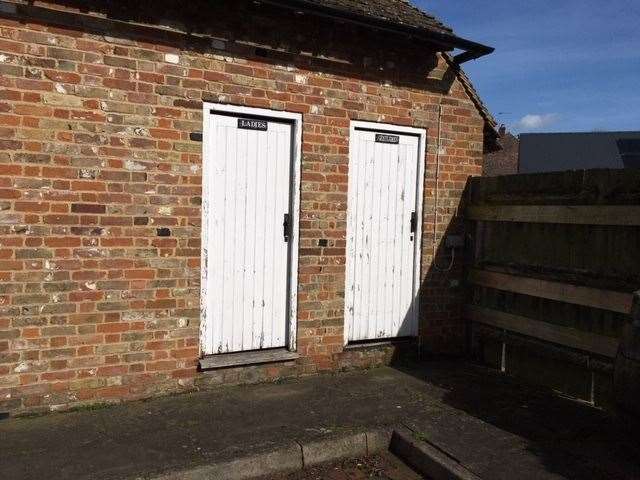 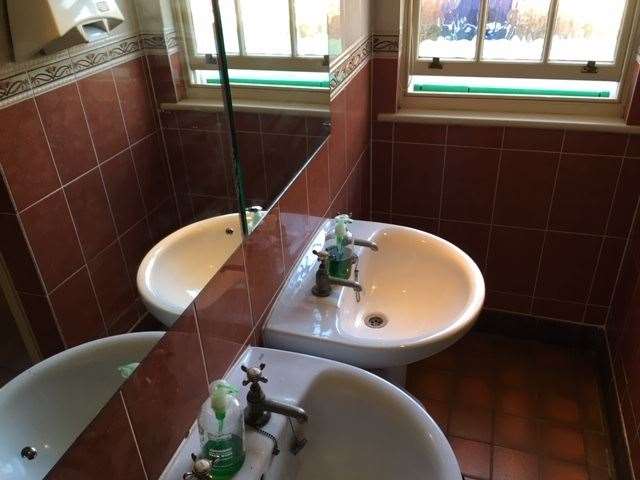 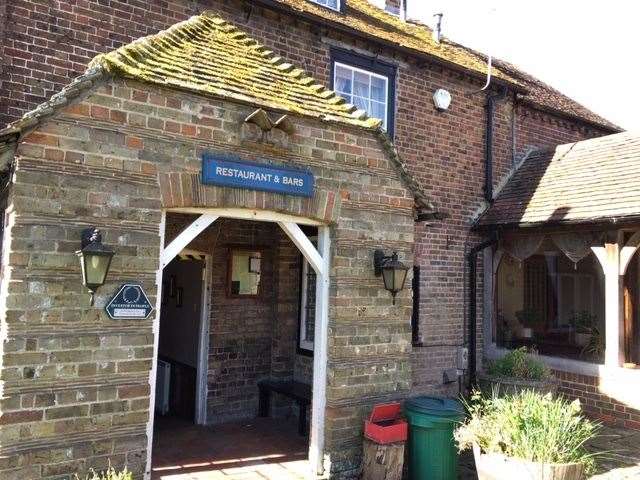 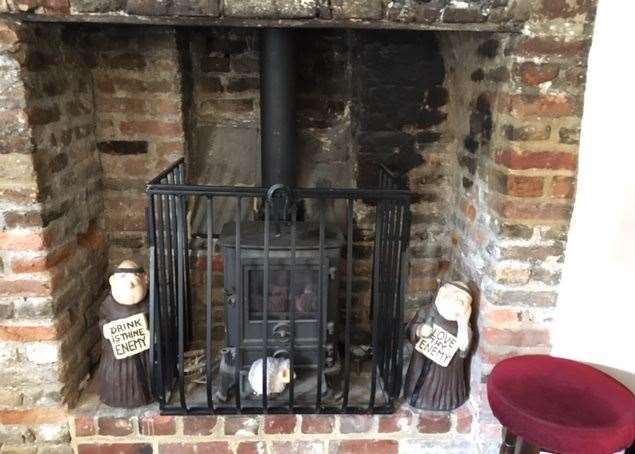 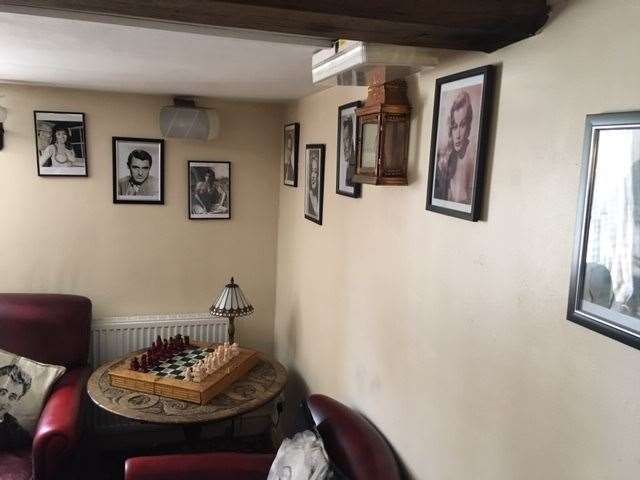 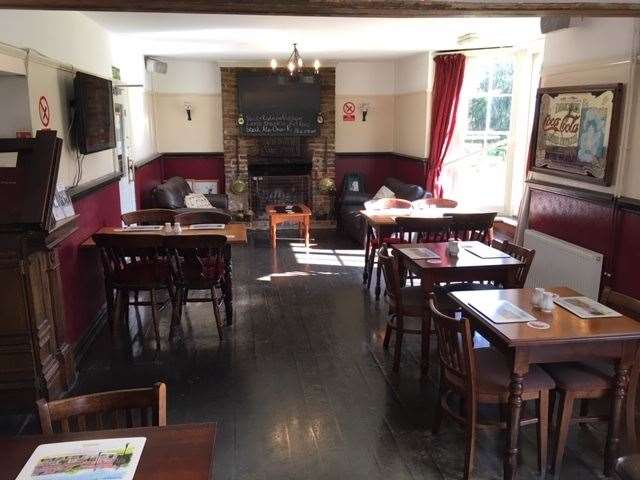 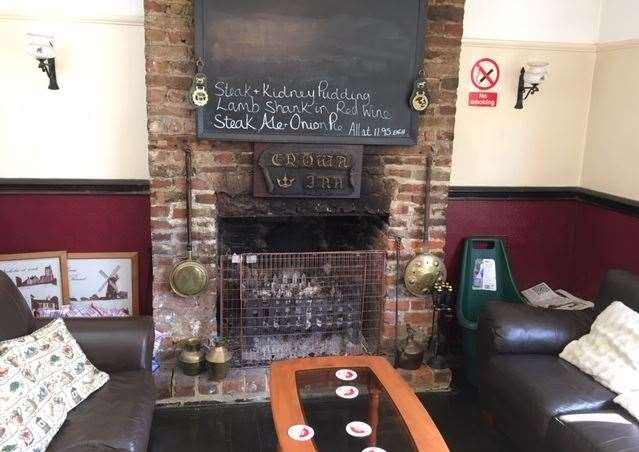 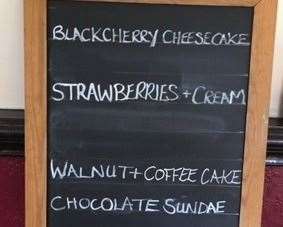 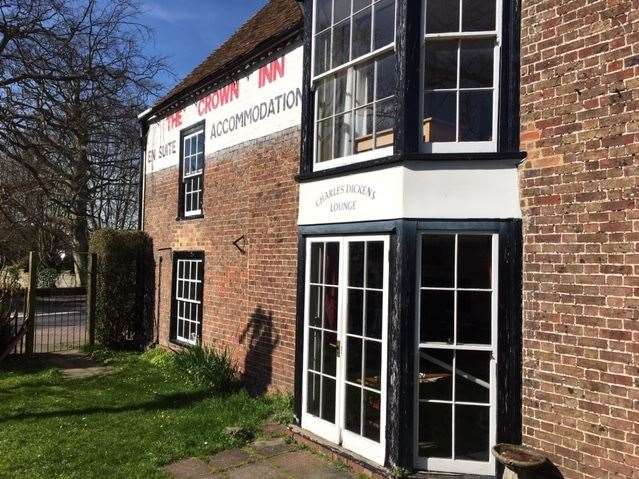 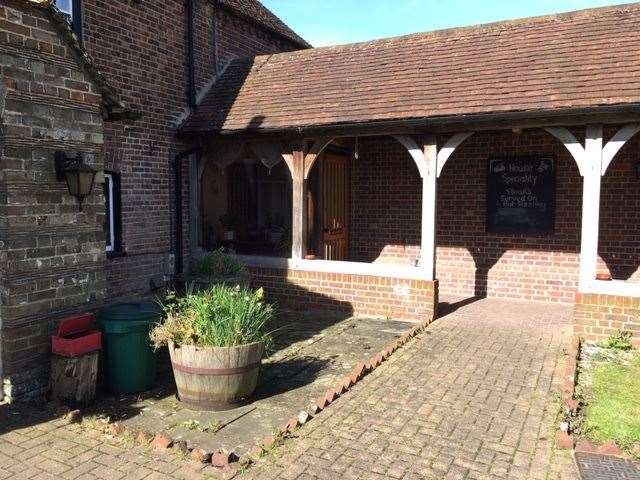 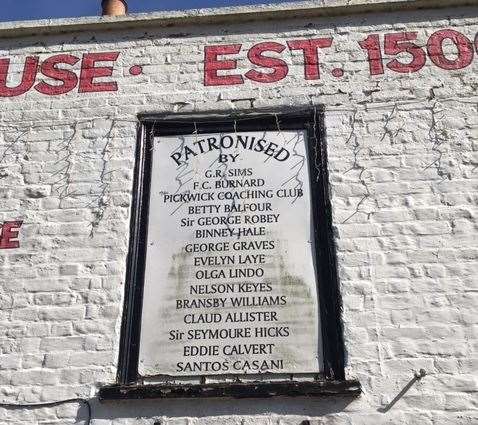 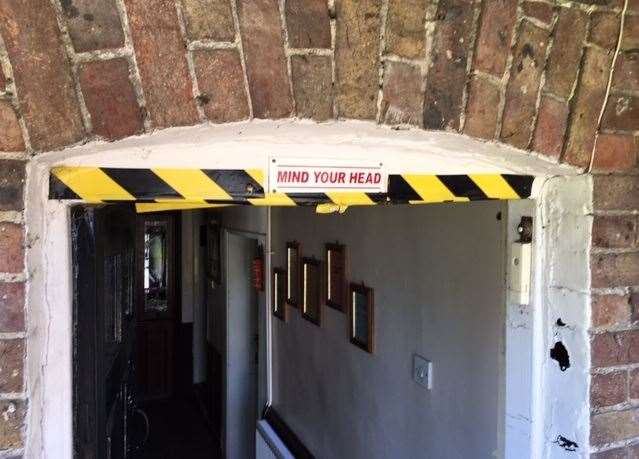 There were small groups of folk in having lunch and for once I brought the average age down. I think it would be fair to say it’s generally an older clientele and also that a good number of ham, egg and chips are ordered.

There is plenty of space inside and I like the way the way the rooms run into each other.

A smallish snug at the front has the walls adorned with homages to Hollywood greats and there are a number of chess sets dotted about, presumably for guests staying over.

The theme of listing famous people goes on outside too with a large board of so-called ‘named patrons’ – it might be my ignorance, but they didn’t mean a fat lot to me.

I visited the gents inside which were clean, fresh and well maintained, though the colour scheme reminded me of decades past. There were also gents and ladies available in the garden, but I didn’t check whether these were open.

The drinks on offer were your usual Shep staples and I partook of both a Master Brew and San Miguel.

Well poured and presented they were absolutely fine but aren’t going to leave you shouting about them.

SD’s hound was allowed in so I can report four-legged friends are more than welcome and the pub dogs, a couple of Springers, looked a bundle of fun.

From outside I could hear the odd train toot and I must have counted at least seven tractors pass by so I was left in no doubt this is a rural location.

The pub name might be up in big red letters but this one’s still a relatively well-kept secret and Clive’s ‘slightly older locals’ are more than happy to keep it this way.

Decor: An old fashioned boozer in all the best sense of the word, I liked the Hollywood-themed snug and personally think a few seedlings add character to a table. ***

Drink: All the usual Shepherd Neame suspects are available and well-kept and Mrs SD reported her large Sauvignon was okay. ***

Atmosphere: There’s a cheery, old-school type of feel and I’m delighted to report political correctness has not reached this neck of the woods. ***

Staff: It’s a family business and both barman Clive and Penny, who served our sandwiches, were cheery and pleasant. ****

Ratings out of five

Get the most from the coast: Secret Drinker's favourite Sheps seaside pubs