Fancy bowling in the buff?

Leap into action on Febuary 29

Who's been before the courts?

Fancy bowling in the buff?

Leap into action on Febuary 29

Who's been before the courts?

A line of conifers has been cut down by port bosses and upset residents.

The trees, which were planted to mask the former Sheerness steel mill in Brielle Way, Blue Town, on the Isle of Sheppey were axed today by Peel Ports which now uses the site to store imported cars.

Cllr Lee McCall, who represents Sheerness on Swale council, said: "I have been on to Swale council and the Mid-Kent Planning Authority this morning to ascertain whether these trees are protected or if they are part of the Sheerness conservation area."

He added: "It appears this row of trees falls just outside the preservation area so Peel Ports are free to remove them as and when they wish although I fail to see what benefit there is by removing them."

It said: "What a shame. Not sure for what reason but all the trees along Brielle Way shielding the old steel mill site are being chopped down.

"At least we can now look at a vast expanse of new cars and piles of new wood."

Jacqueline Leslie replied: "My husband Alan helped plant them 37 years ago. It is a sad day for Sheppey. Peel Ports should be ashamed."

Norman Jones said: "Throughout the rest of the country, trees are being planted to offset the emissions of traffic and 'global warming'. Now Peel Ports is removing a tree screen which has stood for 40 years."

Dave Wilcock added: "Living in Blue Town, those trees have always blocked the unsightly steel works and recently the stacks of wood and cars. They also kept the noise down and actually looked quite nice. It is a great loss: 37 years in the making but destroyed in a matter of hours. What a real shame."

Kev Wright wrote: "It is because the birds damage the paintwork (of the cars).

"It is a big problem because the cars then need repainting at a cost of thousands. I'm not saying it is right but this is why it has been done."

Some suggested the trees were being removed to make it easier for the new 5G generation of mobile phone transmitters. 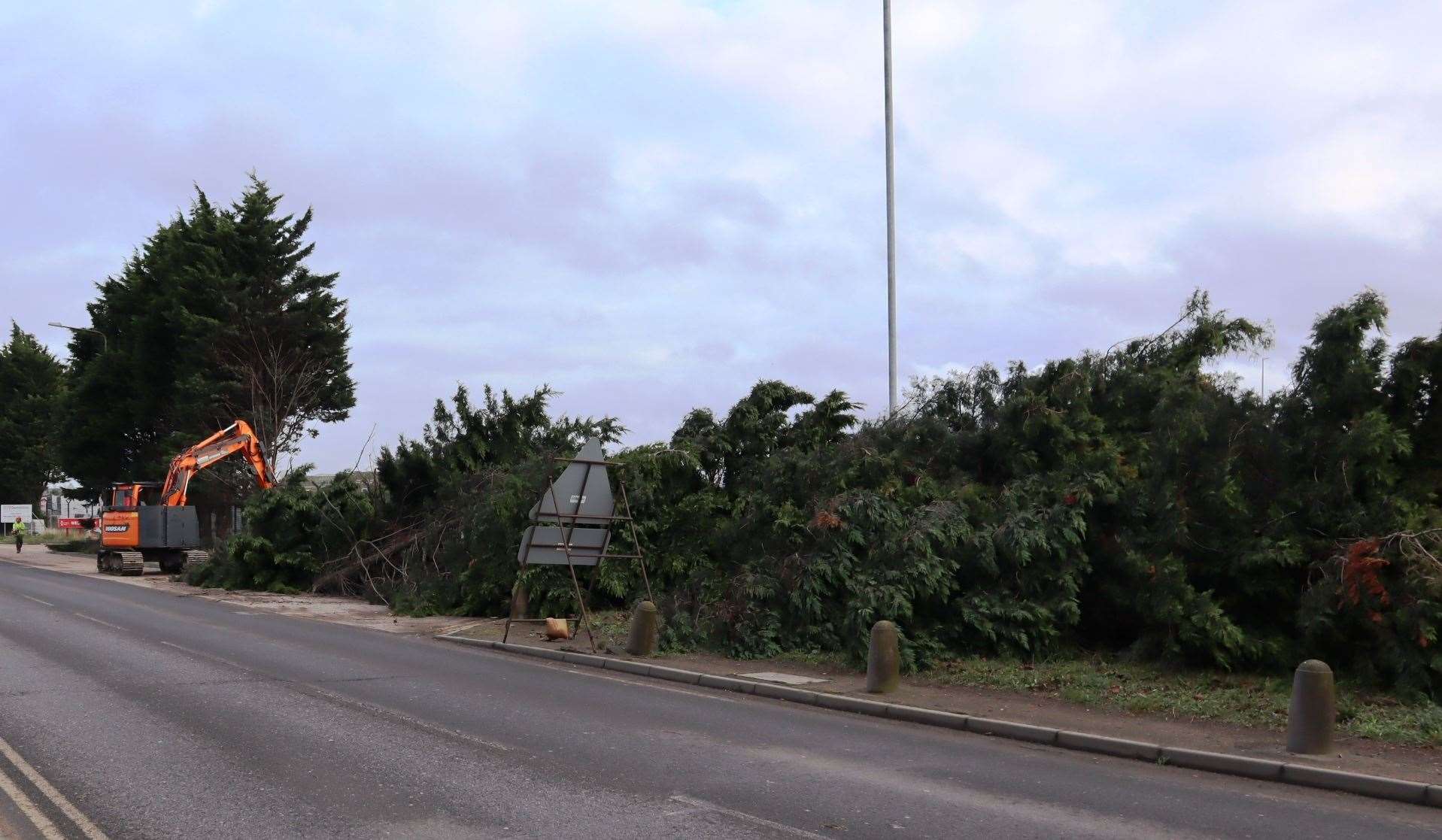 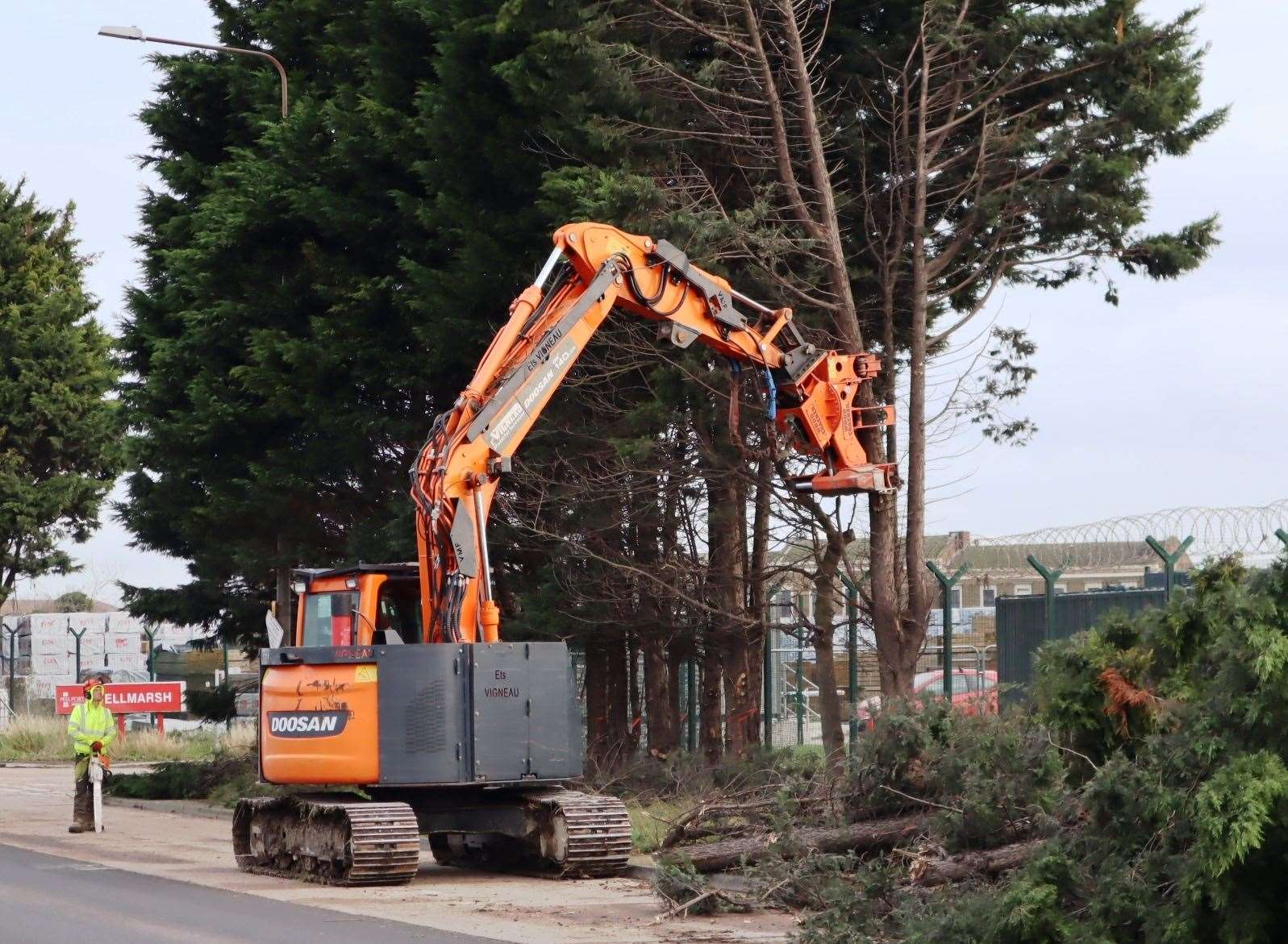 Since taking over the 50-acre site Peel Ports, which operates Sheerness Docks, has pulled down the former steel mill andresurfacedthe area to store and prepare imported vehicles and timber products.

This evening residents reported seeing flocks of starlings circling above where the trees had been standing.

A spokesman for Peel Ports said: “We have removed a number of trees along the Brielle Way to ensure the security of Sheerness Port.

"We understand the concerns of residents and have taken this on board. As part of the port’s commitment to the environment we are planning to mitigate the impact with suitable trees and foliage.”

KMTV reports on the story