Pictures show the devastating impact a cliff collapse is having on homes in Sheppey.

Images released by Kent Fire and Rescue Service reveal the extent of damage to one house in particular in Surf Crescent, Eastchurch, with part of it hanging in mid air.

The driveway leading up to the front door has disappeared leaving railings dangling above.

The whole front section of the house now has no support underneath.

The family who live in the house have been evacuated and found temporary accommodation with the help of Swale Borough Council.

On Friday night, about two to three metres of land fell away from in front of the property, leading to 20 families in Surf Crescent, Third Avenue and Dawn Rise being evacuated by fire crews.

Google images captured earlier this year suggest the most at risk property was nearer 30 metres from the precipice before Friday's collapse.

Today, people from six properties are being given help at an emergency rest centre.

Emergency services are at the scene and members of the public have been asked to stay away from the area due to the direct danger of further cliff collapse.

There are a number of road and footpath closures in the area and a large section of the beach close to the affected area of cliff has also been closed for the time being. 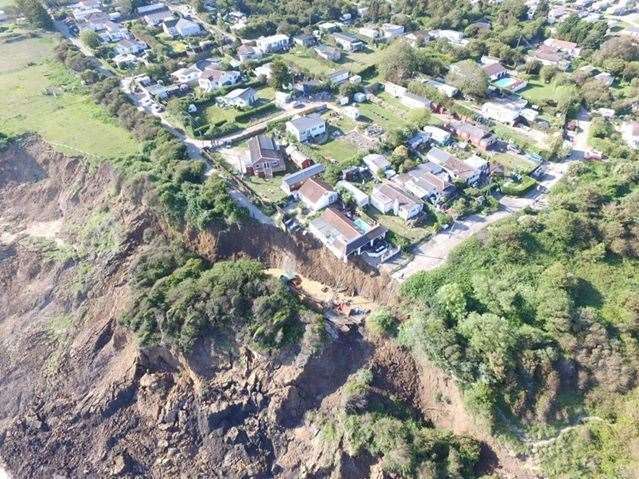 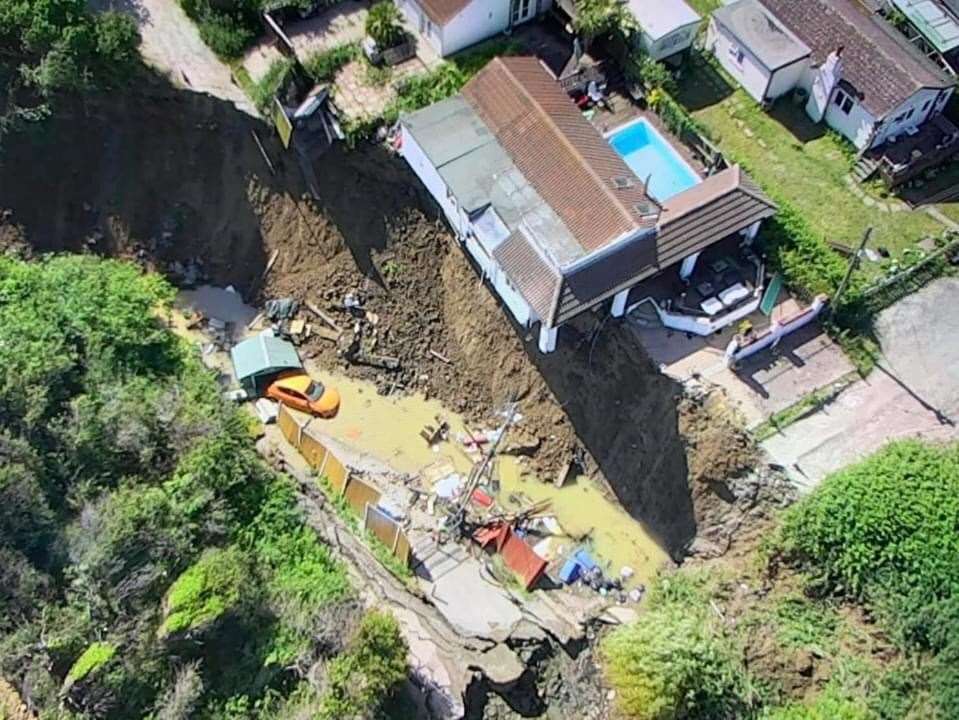 One of Surf Crescent's residents, leader of Eastchurch Cliff Erosion Community Group Malcolm Newell, has been campaigning since 2015 to get more protection for the homes near the cliff.

He said: "If this was looked at earlier on and more was done, the cliff could have possibly been saved.

"People complain that the money could be put to better use in the community, but we are part of the community - that's what's wrong here."

The aerial images have been shared by Kent Fire and Rescue Service, who tweeted: "Dramatic images from our drone and crews on the ground reveal the devastating impacts of coastal erosion on the community and families of Surf Crescent in Eastchurch."