A double-decker bus carrying school children has crashed into scaffolding.

The Travelmasters coach brushed against a shop on the corner of Sheerness High Street and St George's Avenue on the Isle of Sheppey about 4.30pm this afternoon and pulled out a bay window on the first floor.

Fire crews at the scene of the crash

Police have closed the road, forcing drivers to take diversions.

Crew manager Andy Friday, of the Kent Fire and Rescue Service, was one of the first on the scene.

He said: "It happened right outside our fire station. We were inside and heard the crash.

"There were children on board the coach but they all escaped unhurt." 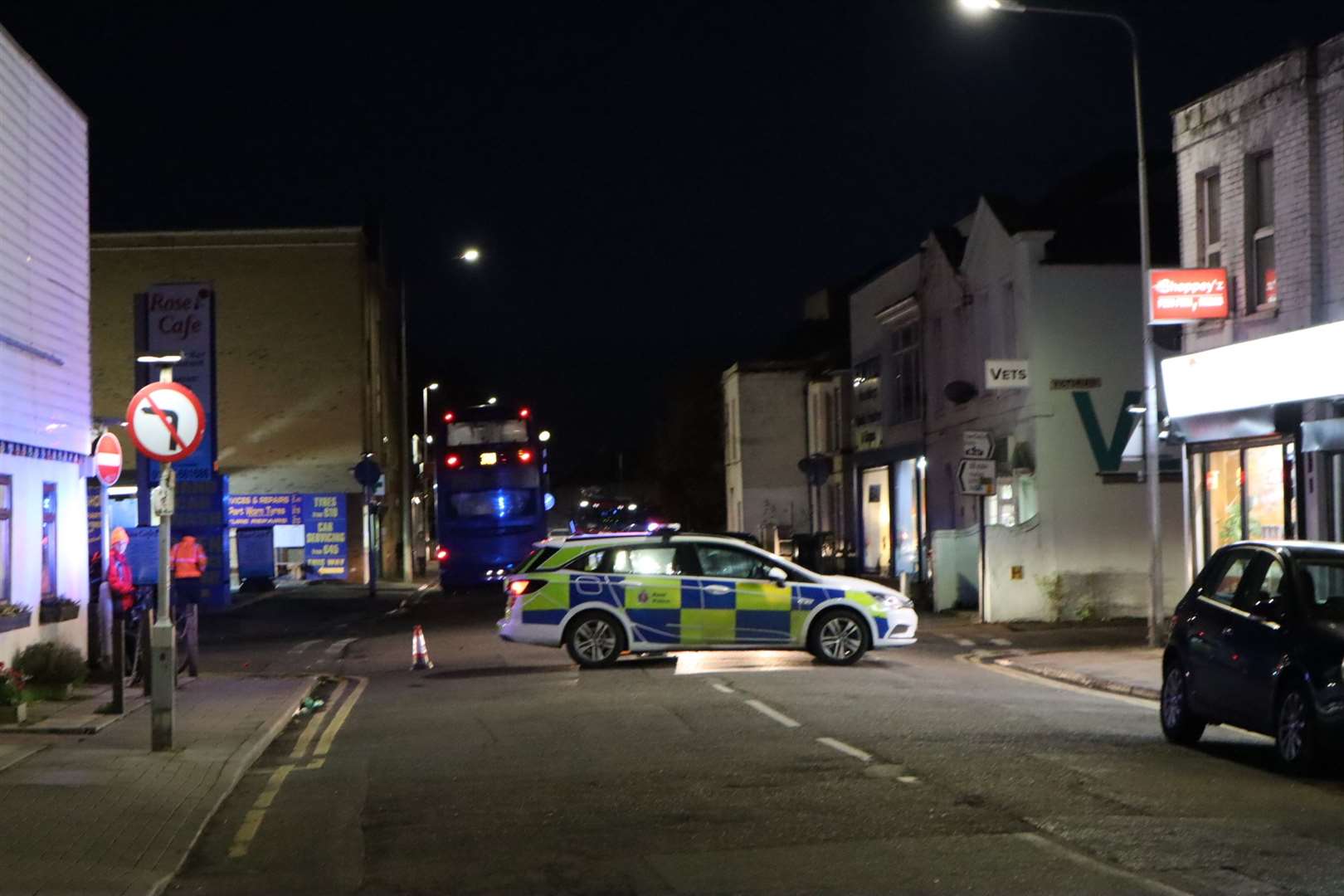 Firefighters cordoned off the area with tape.

The scaffolding is around the Calm Company shop which boasts of a "relaxing massage' in its windows.

Building work is taking place on the first floor.

Staff from Klay Scaffolding are on the scene and hoping to make the area safe so the bus can be removed.

A structural engineer has been sent for.

It is not known when the road will reopen.

A police spokesman said: "We were called to a collision between a bus and scaffolding in Sheerness High Street at 4.18pm.

"Officers are in attendance alongside Kent Fire and Rescue Service and a road closure is being enforced to ensure public safety.

"At present no injuries have been reported."

Tim Lambkin, managing director of Travelmaster, said: "The bus only had two passengers on board at the time.

"Neither of those were in the vicinity of the damage sustained to the bus by the scaffolding and managed to make their own way home from there."