Gas leak closes A2 at Newington near Sittingbourne

Police have closed the A2 at Newington near Sittingbourne because of a 'major' gas leak.

The road closure comes just a day after residents received a letter saying months of gas repairs along that stretch of road were finally at an end.

Video: Road works on the A2 filmed by Richard Palmer

The London Road has been closed between Playstool Road and Bull Lane causing tailbacks of traffic travelling between the Medway Towns and Sittingbourne.

Drivers are using back roads for diversions which is causing jams.

Cllr Richard Palmer, who represents Newington on Swale council, said: "This is really frustrating and causing chaos in the country lanes. Engineers had been working on this stretch of road with a contraflow but I guess a pipe has broken.

"It is obviously an emergency and unplanned as police are manning the barriers."

One motorist said: "A policeman told me it is a major gas leak."

Another fumed: "Literally the day after having the letters saying it was all fixed."A third said: "The back roads are a nightmare." Engineers are at the scene working in masks.

This is the final leg of a massive £1.8 million scheme to renew nearly three miles of ancient gas main along the road which is regularly shaken by juggernauts. Contractors SGN have been working throughout the coronavirus lockdown to keep the project on time.

The road through the village was only reopened to traffic at the end of April after a complete resurface by KCC. Villagers had complained after a record number of leaks led to multiple emergency road closures for repairs last year.

A police spokesman said: "We were called at around 12.25pm to assist gas engineers at the site of a leak on the A2 between Keycol Hill and High Street, Newington.

"Officers are currently in attendance and have closed the road as a precaution to enable the engineers to carry out their work." 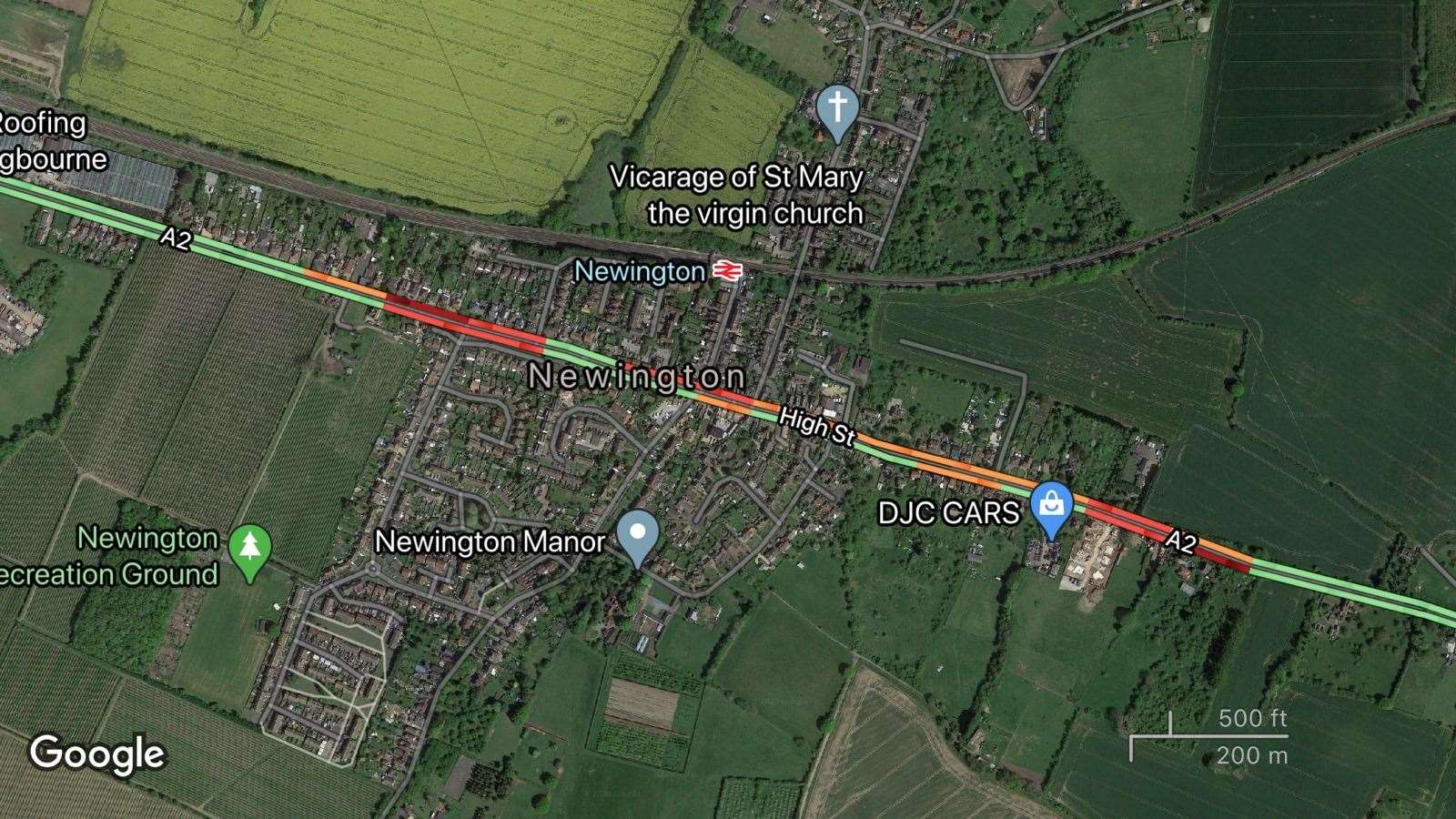 SGN spokesman Bradley Barlow said: "While working on our gas mains replacement project we encountered some engineering difficulties where the standpipe was found to be damaged and leaking.

"In consultation with KCC we needed to temporarily close the road to ensure everyone’s safety while we carried out our repair.

"We are sorry for any inconvenience this may have caused and would to thank the local community for their understanding.Our A2 mains replacement project will be completed as scheduled."

Isle of SheppeyKentMedwaySittingbourneTraffic and Travel