Thousands of residents in Thanet will miss out on compensation to soundproof their homes if Manston Airport is allowed to reopen, campaigners claim.

Airport developers RiverOak Strategic Partners (RSP) have been accused of "skimping" in plans submitted to planning inspectors as part of their bid to compulsory purchase the site.

Opponents say the measures offered to neighbours do not go far enough and residents should be given the same protections as people living near Heathrow and London City airports.

They would be awarded £10,000 to pay for soundproofing measures to protect against noise pollution created by aircraft taking off and landing.

MAFNIC says if the London levels were applied then 6,500 properties under the flight path would be eligible for compensation.

The group has also set up a petition challenging RSP to offer parity with deals established near other airports in the UK - so far 500 people have signed the document.

Ramsgate councillor Karen Constantine (Lab) is backing the campaign and says she has "major concerns" about the impact of the airport proposals for residents in Thanet.

"RSP are skimping. Manston proposals will create significant disruption for those under the flight path," Cllr Constantine said. "I have major concerns about the impact on the health and well-being of residents.

"Thanet deserves the same level of protection as London." 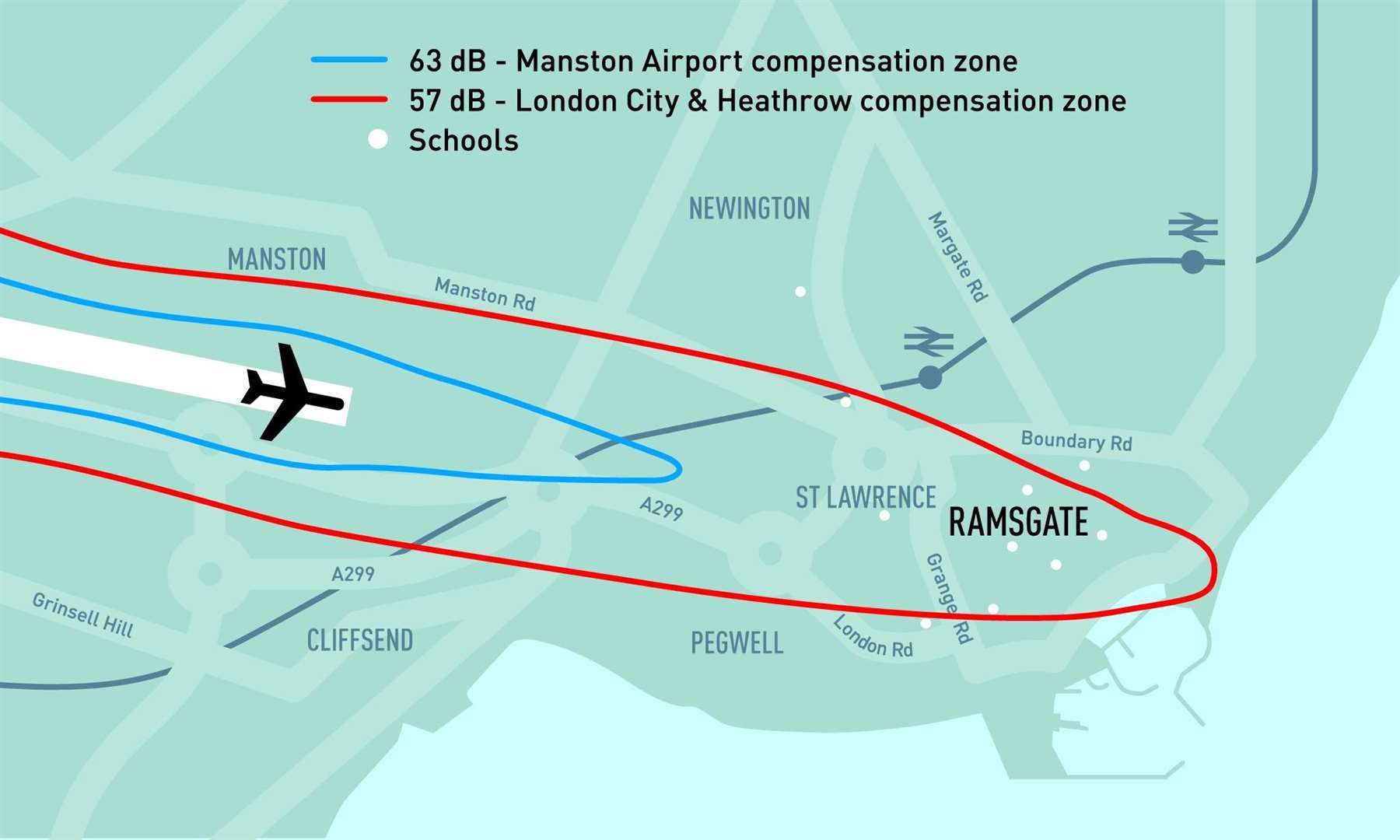 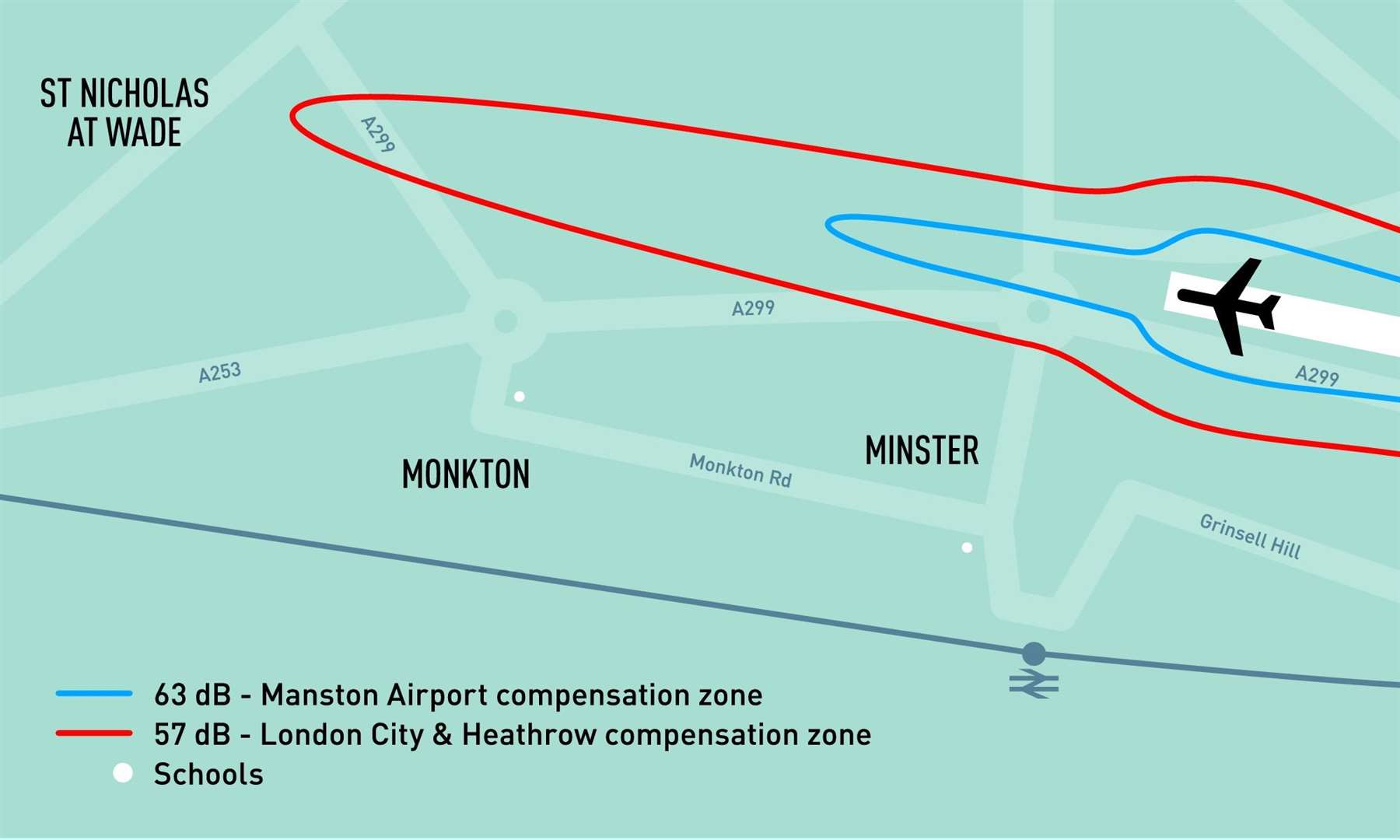 RSP presented their compensation deal during a series of public hearings hosted by the government's Planning Inspectorate in Sandwich earlier this month.

Campaigners have produced a map showing the area which will be affected under RSP's proposals compared to what is affected if the London threshold is applied instead.

They say their figures are based on data from the Civil Aviation Authority and were shown to government inspectors at the public hearings.

The MAFNIC spokesman added: "We intend to lobby councillors, MPs and eventually the Secretary of State to demand the same 57dB protection for Thanet. Residents are potentially being denied millions of pounds in compensation."

But RSP says its consultants studied 12 UK airports including Heathrow and London City, Luton, Bristol and Stansted and found 10 airports used a 63dB level rather than a blanket 57dB noise contour.

The company says City airport's compensation package is tiered at three different levels and the situation with a more dense population area made the circumstances very different to RSP's plans for Manston.

RSP director George Yerrall said: "RSP is confident that the compensation package to be offered to affected properties is one of the most generous available, covering schools and community buildings as well as residential dwellings."