A taxi driver’s family fear a “lunatic” firestarter will strike again - after seeing his cab engulfed by flames.

Footage emerged showing the moment a passer-by set fire to Aytash Osman’s taxi, parked in the driveway of his home in Norman Road, Whitstable.

Mr Osman says the attack - which left his car destroyed by the flames - has had a major effect on his livelihood.

“The devastation and impact on the family and my work has been huge,” he said.

“I am worried. I don’t know who would be so evil as to target me or my family. I hope they catch this lunatic before he does any more damage.

“I have lived here in Whitstable and worked as a taxi driver for 15 years safely. It is appalling. I feel targeted and unsafe.”

The 55-year-old praised the fire service for dealing with the incident promptly, as well as his son Lou, who was home with friends when the arsonist struck.

Lou, 18, said: “We were in the garden sitting listening to music, when one of my friends came running out and he was like, ‘there’s a fire outside’.

“I ran around and realised it was our car that was on fire."

Lou said the flames reached 11ft high, while explosions were heard when the tyres popped.

CCTV footage from outside the home shows a hooded suspect strolling along the residential street, before stopping outside the family’s house and walking onto their driveway, where two cars are parked.

He then squats down beside the taxi for almost a minute, apparently trying to light a fire. 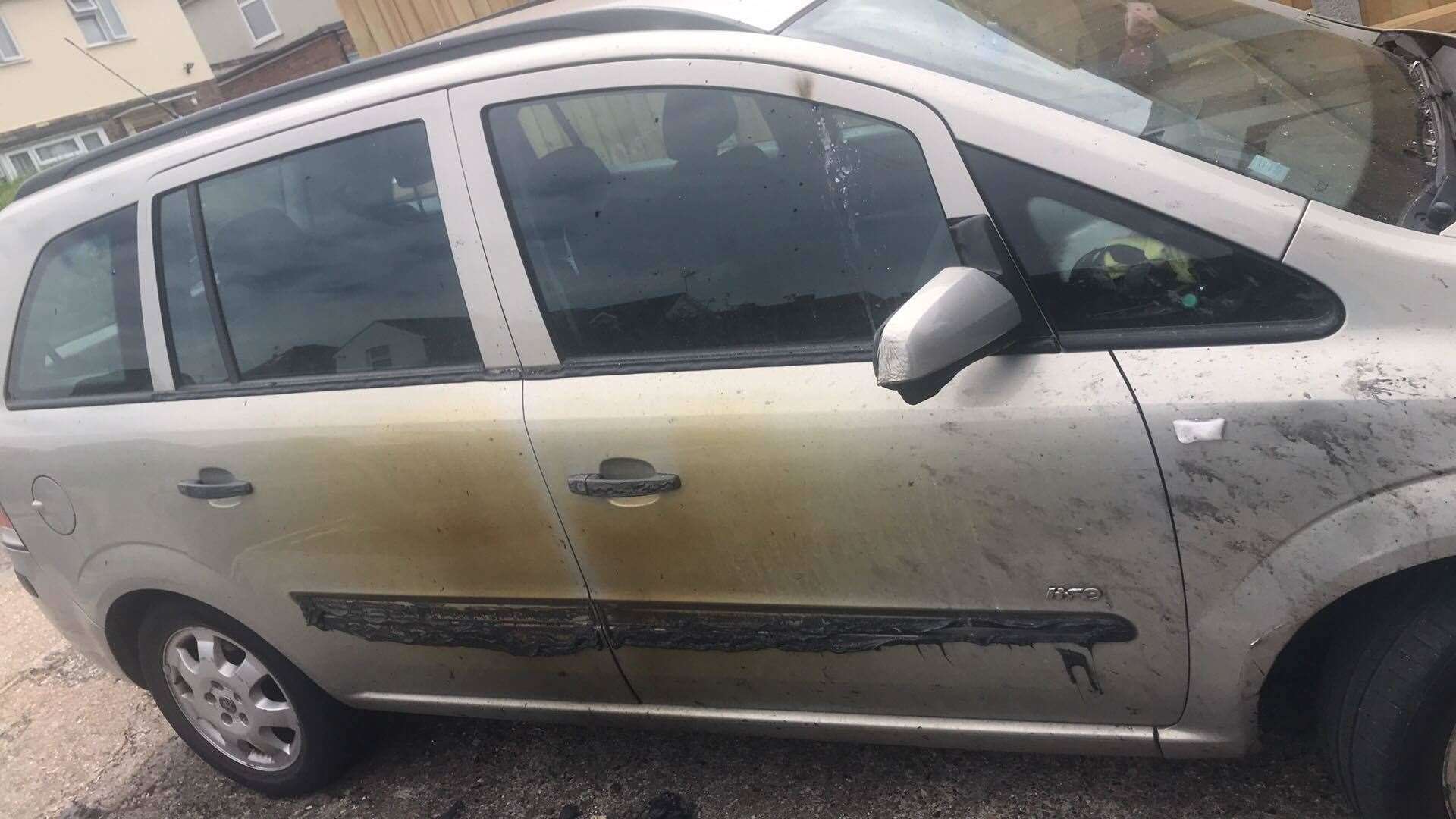 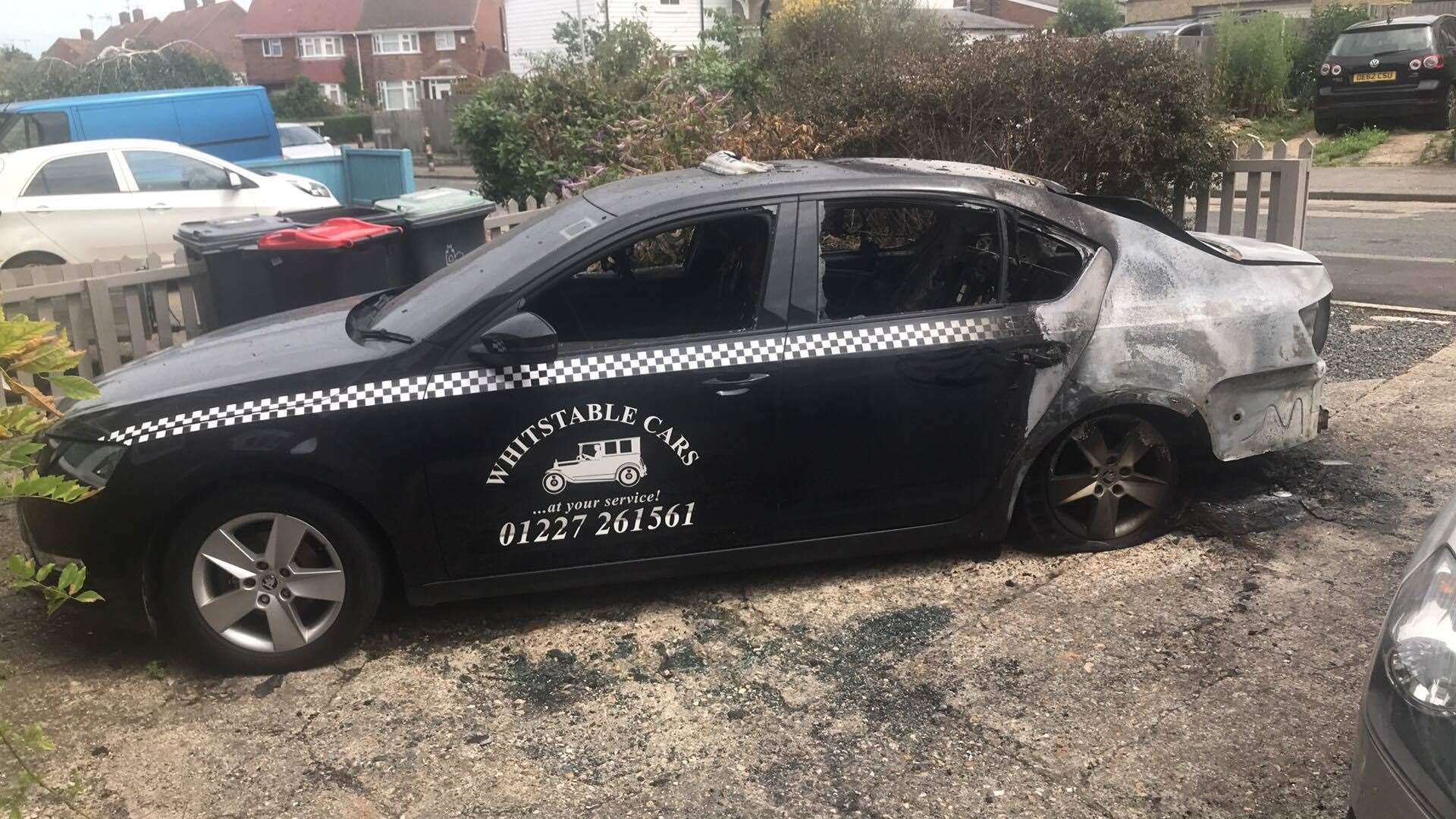 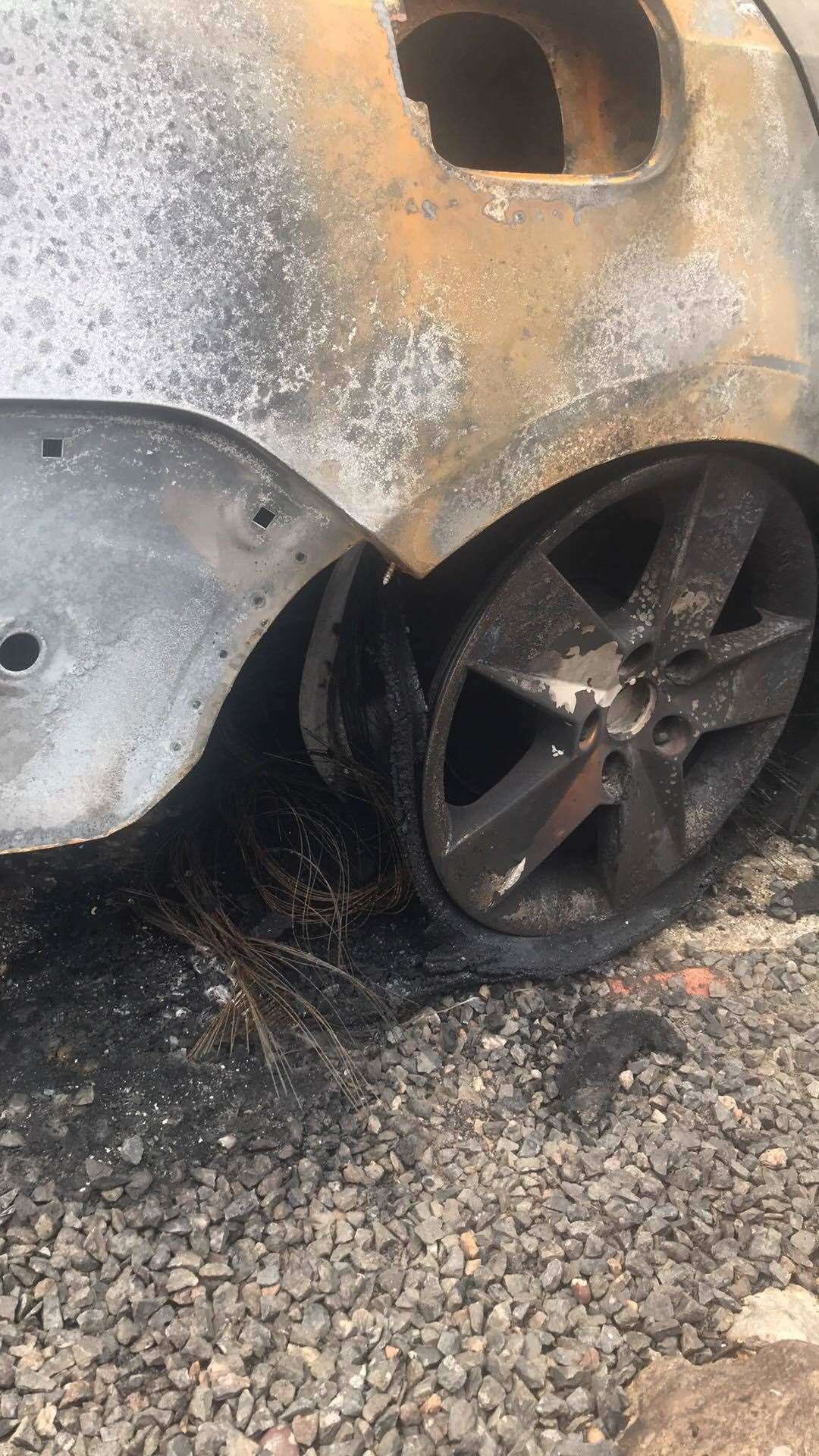 When flames begin to burst from under the car, he walks off in the opposite direction.

“I honestly thought maybe it had accidentally set fire,” said Lou. “I just find it crazy - the man does it so casually.

"The back and the inside is completely burnt. If the front had caught fire, the engine would have gone and would probably have caused a huge explosion.”

Lou, who suffers from anxiety, says the incident has left him feeling uneasy.

“It’s just messed up, knowing someone’s gone to the car and tried to blow it up,” he said.

“But it could have been so much worse.”

Police are investigating the “suspicious” incident, which happened at about 12.15pm on Friday, July 5.