The most successful Netflix shows

Originally launched in 1997 as a DVD rental company, it has grown into the world’s largest on-demand streaming service with more than 139 million subscribers.

As it eyes a move to a new studio complex in Ashford, we look back at the shows that helped Netflix make its name.

At the time, the first season of The Crown was the most expensive Netflix production. The attention to detail in this lovingly-crafted recreation of the Royal Family came at a high cost - estimates put it at close to £100m. Claire Foy picked up plaudits for her depiction of the young Queen Elizabeth, with Olivia Colman taking over the central role for season 3.

Based on the novel by Jay Asher, 13 Reasons Why pulled off a popular Netflix trick with a show ostensibly aimed at teenagers but which found a far wider audience.

The show sparked fierce debate, with some accusing it of glamorising self-harm and suicide, with a strong lead in the shape of Katherine Langford.

13 Reasons Why was also notable for another Netflix phenomenon - binge watching. Some fans devoured each of the two seasons in a matter of days.

The Kevin Spacey vehicle was manna from Heaven for political junkies, who had not been so well-served since the days of The West Wing.

Adapted from the original BBC drama, Spacey’s portrayal of Frank Underwood made compelling viewing - until allegations about the actor’s private life make it all a bit too uncomfortable.

Spacey was hurriedly rewritten out of the final season, with his screen wife Robin Wright taking the lead role, but things never quite recovered.

Another Netflix production that crossed the generation gap. Teenagers binged on the Stephen King-style spooky sci-fi - while their parents had the added bonus of a soundtrack featuring Joy Division, The Psychedelic Furs and New Order and an engrossing performance by Winona Ryder.

This was never a role that would run for seasons given the real-life Escobar’s demise, but when the series rebooted as Narcos: Mexico there was, perhaps surprisingly, no drop in quality.

Breaking Bad wasn’t a Netflix original, originally finding a tiny UK audience on obscure channels FX and Five USA. However, it’s word-of-mouth buzz ensured that when Netflix did pick up the rights, it became a major reason for many people subscribing.

The story of teacher turned drug king-pin Walter White is as fresh now as when it first aired.

This Breaking Bad spin-off is an altogether slower-paced affair, focusing on the back story of wayward lawyer Saul Goodman.

Fascinatingly though, the lines between Better Call Saul and its parent show are starting to blur as the progress of time brings the two plot-lines closer together. 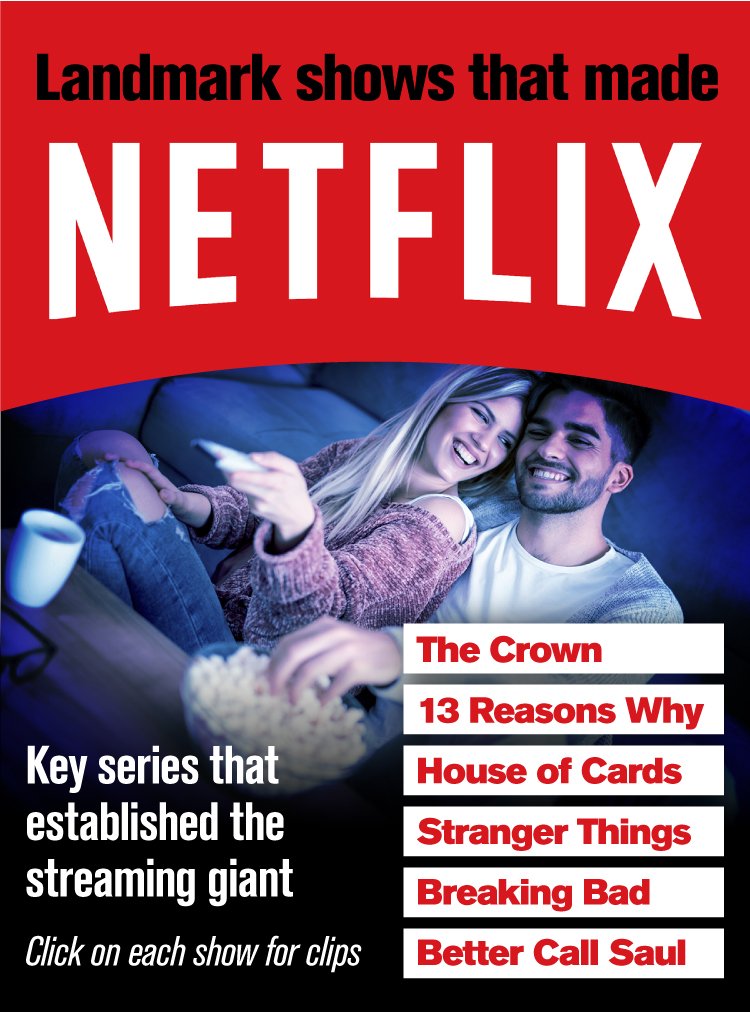