Fire crews were called to a shopping centre after a fire broke out in a games store.

Customers were directed away from Park Mall shopping centre in Ashford town centre following reports a fire started in Warhammer, close to Wilko.

Fire crews arrived on the scene at 2.15pm and spent more than hour extinguishing the fire at the store, which sells models and games.

At the peak of the fire, three fire engines were present, with firefighters entering the store with ventilators to try and locate the source of the smoke.

The fire reportedly spread to a void above the ceiling of the shop, which according to a security guard means the three next to it, including a record store and jewellery shop, were put at risk.

Fire crews did have to enter the record store immediately adjacent to the Warhammer store, but the owner reported that there was no fire damage, only smoke that needed ventilating.

No casualties have been reported and the cause is not yet known. 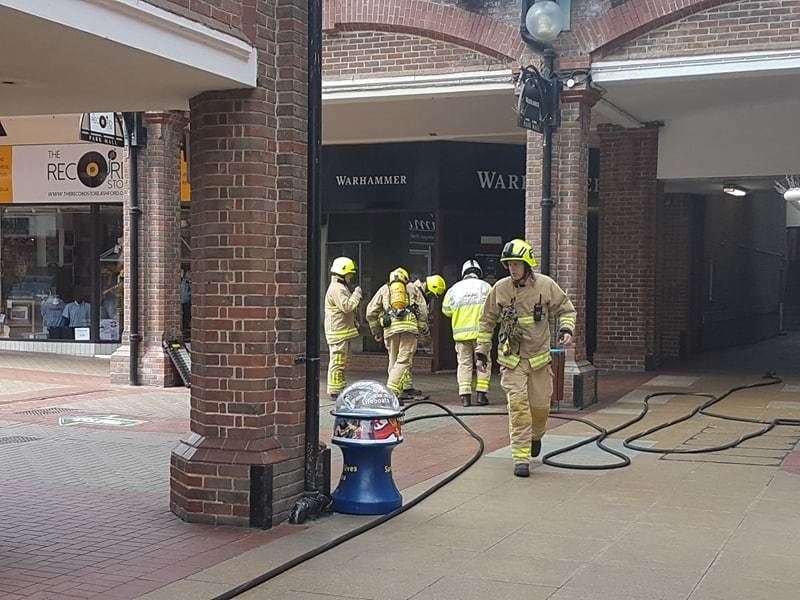 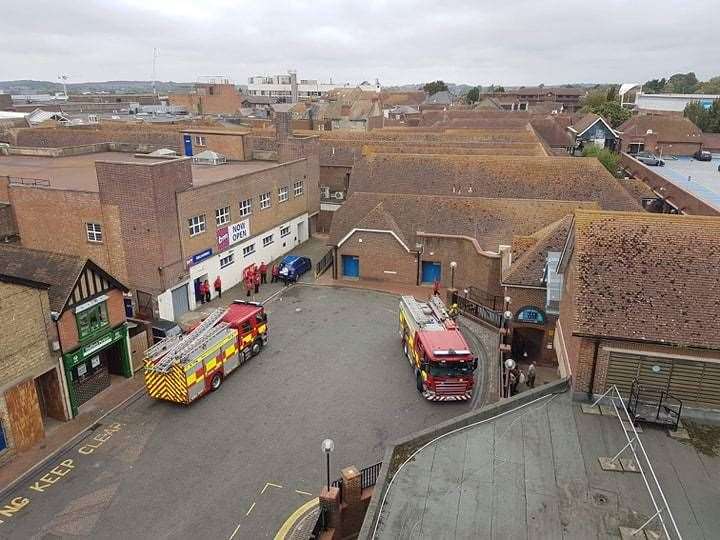 Staff at Savers, Wilko and surrounding shops were evacuated but have now returned to their stores.

The smell of smoke is still present throughout the arcade.

A member of staff from Warhammer told a reporter at the scene his own collection of models worth £10,000 is inside, he estimated £100,000 of stock is at risk.

Fire crews descended on the complex

A spokeswoman for the fire service said: "We were called to a commercial property fire near Park Street in Ashford.

"Three fire engines were sent to the scene and crews arrived to a fire located in a room at the rear of the property.

"Firefighters wearing breathing apparatus used a hose reel jet and a main jet to extinguish the blaze, before clearing the smoke logged property with a PPV fan."