Nike and Adidas to get bigger Outlet stores

Area's last slither of green space could be lost for homes

Nike and Adidas to get bigger Outlet stores

Area's last slither of green space could be lost for homes

Bulls escape field and cause havoc in Godinton Park, Ashford

Residents of Godinton Park have been in shock this lunchtime, after spotting several bulls on their streets.

It is believed around nine bulls escaped from nearby fields around the residential area of Ashford, before making their way down through Springwood Drive and other areas.

Although, many couldn't believe what was happening and found the situation amusing, the animals have been causing havoc by disrupting traffic as well as damaging cars with their horns. 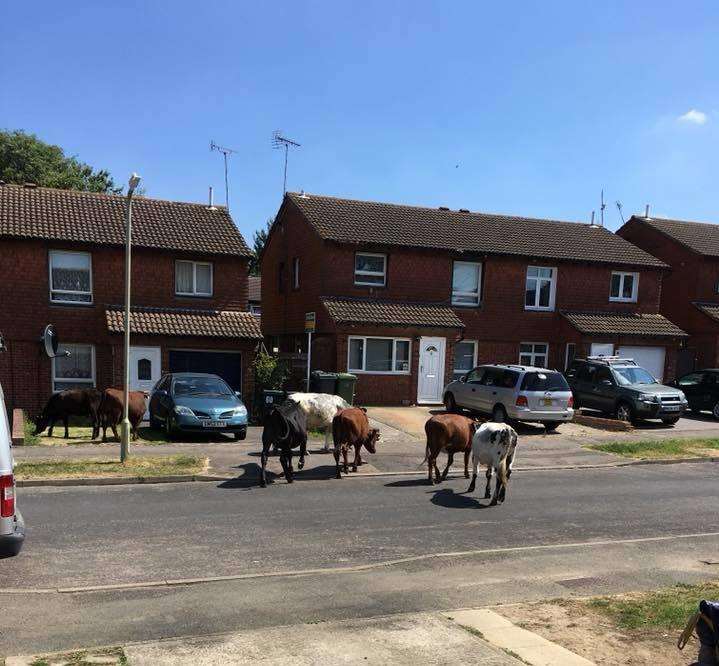 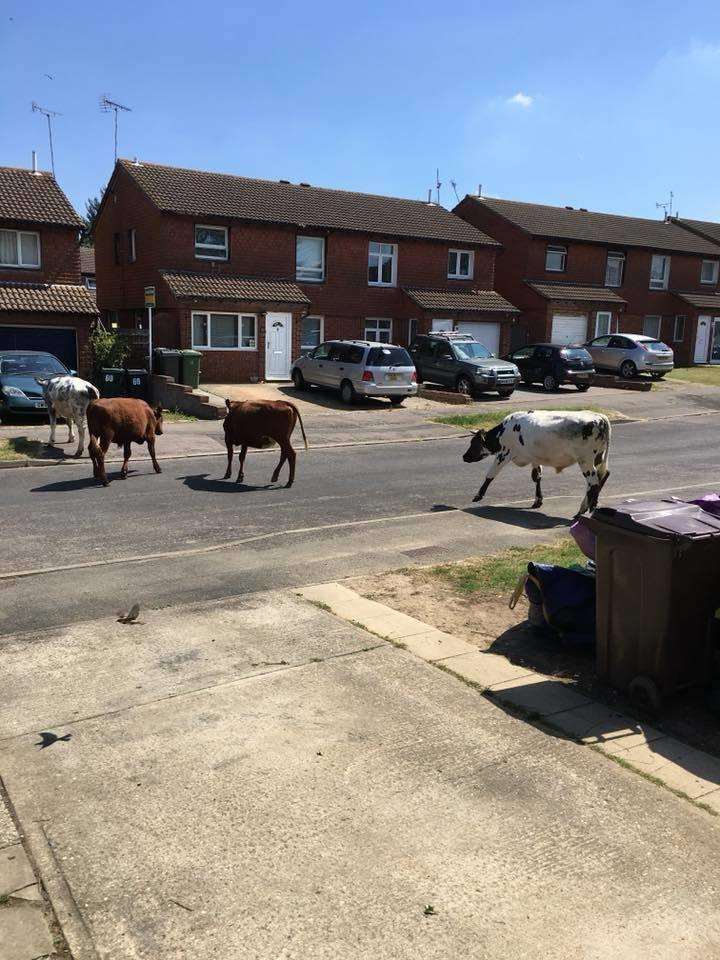 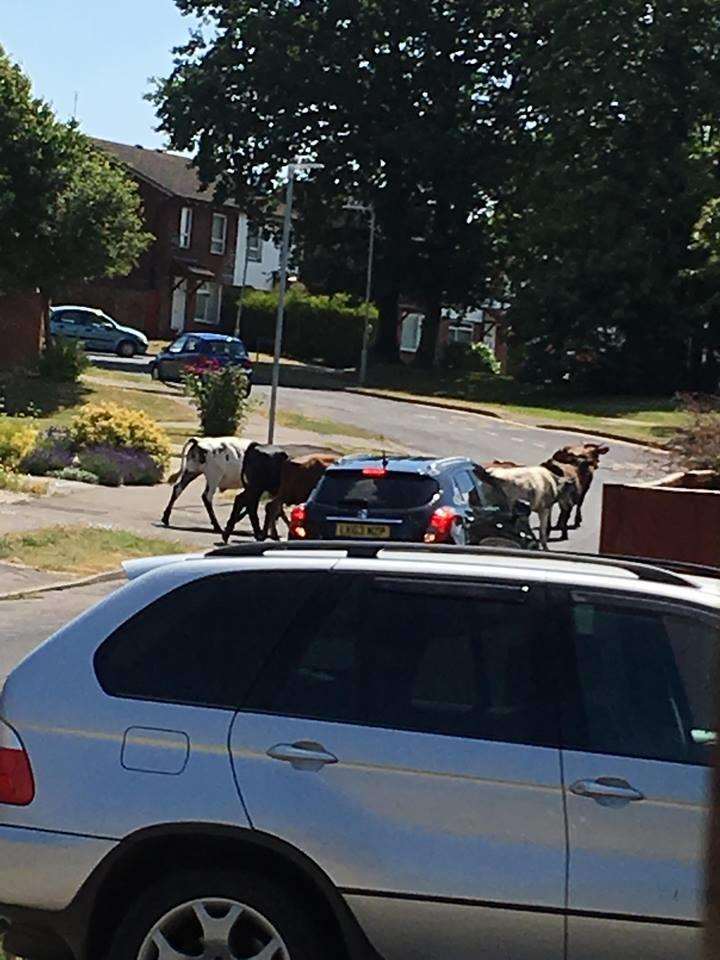 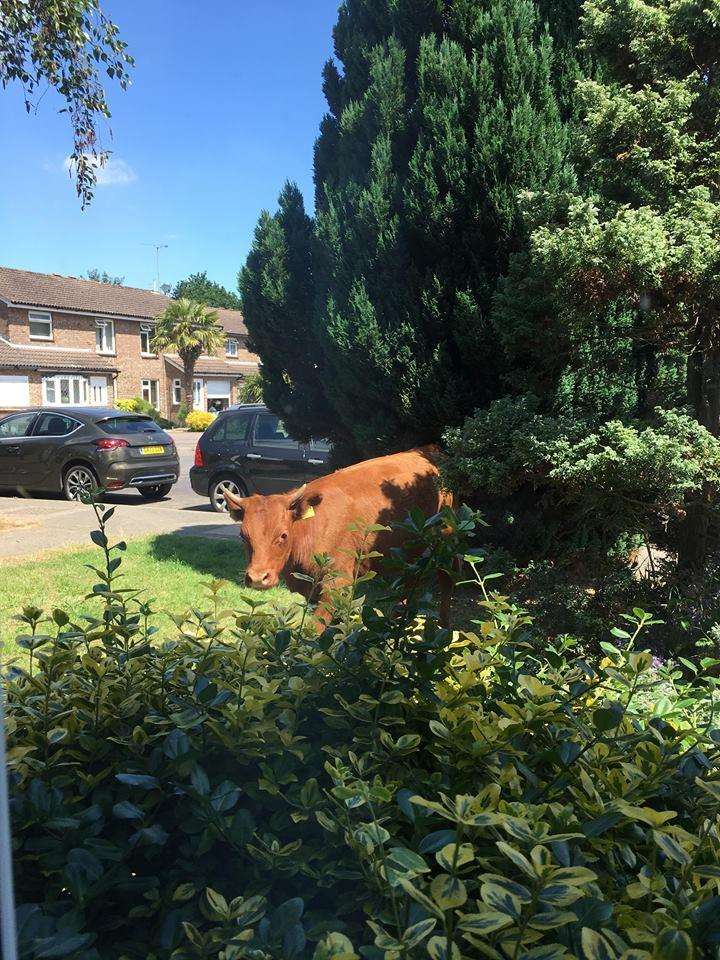 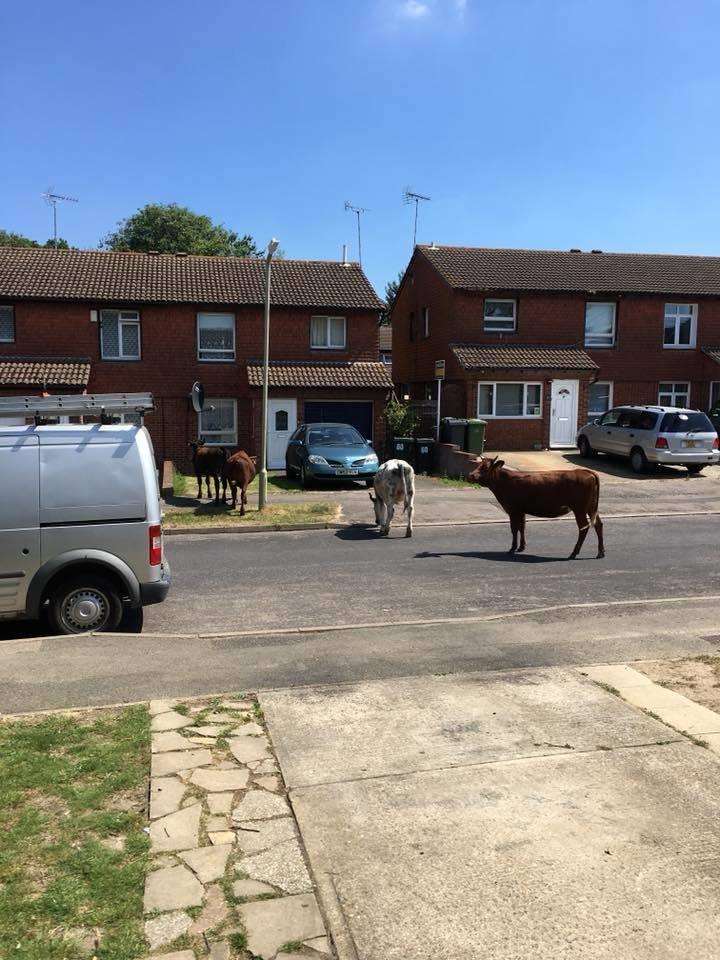 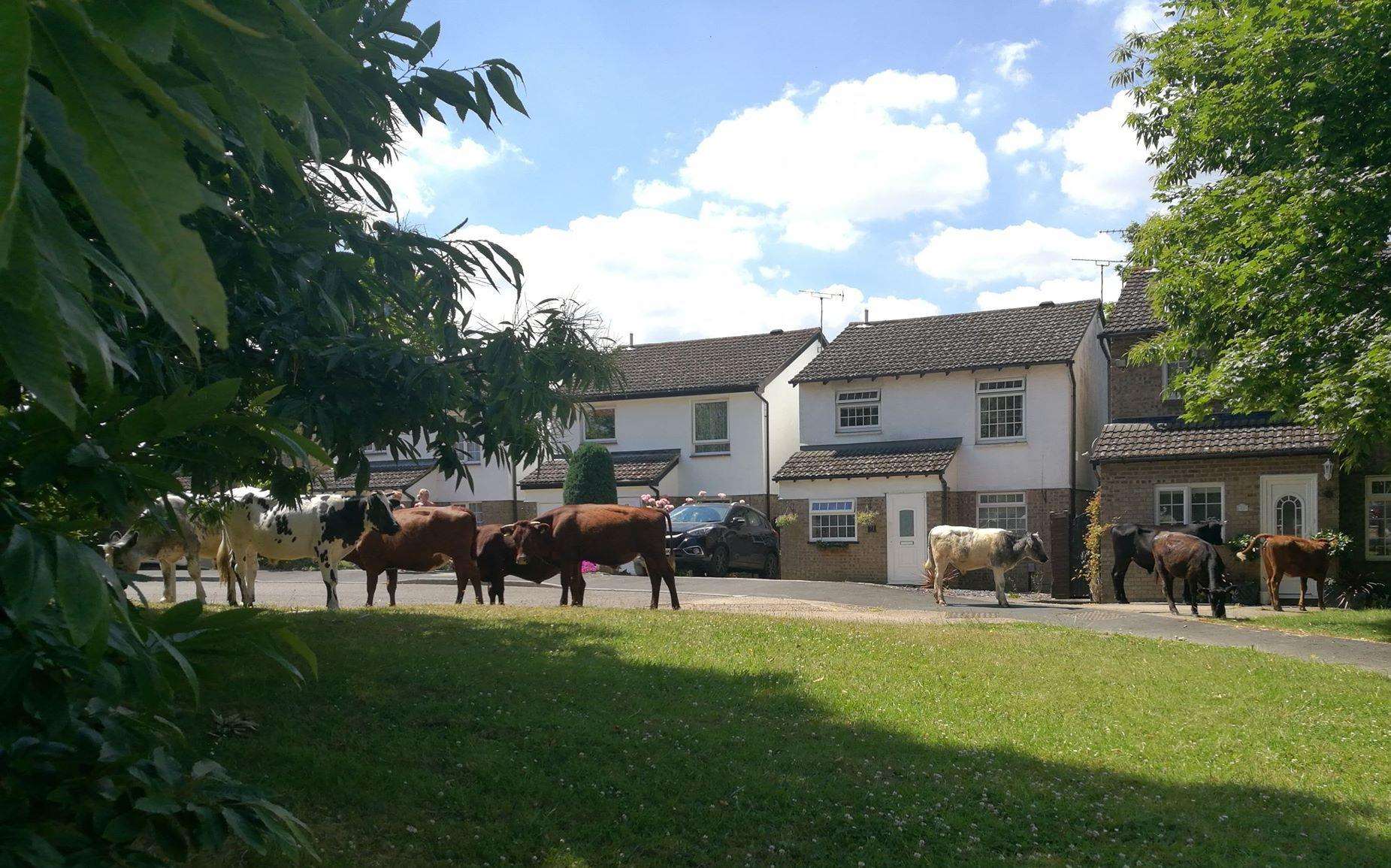 One resident said: "The bulls came from the field behind me, I don’t know how they got out.

"They walked up the road, stopping traffic and damaged one resident's car and ate the flowers in his garden. A few members of the community herded them back to the fields."

It has been reported that the bulls have now been herded back into their field by some residents and the farmer.

The police were also called and a spokesperson said: "Police were called at 11.18am to a report of a number of cows on the loose in Springwood Drive, Godinton Park, Ashford.

"Members of the public had herded the ten bullocks into a nearby field for safety. Officers attended and have contacted the owner of the animals to arrange their collection."