Leader to step down after 24 years on council

Leader to step down after 24 years on council

It was dubbed the largest seaborne invasion in history.

Now Kent's surviving D-Day veterans have spoken of the courage, the fear and the fortitude of Kent's finest who embarked on the perilous mission later known as the Normandy landings.

Seventy years on, and for those remaining, the sacrifice is still as fresh as the day the top secret mission started.

Sadly one fighter among the thousands who helped change history will not be taking part in the commemorations.

He served as a driver with the British support group known as the 2nd Army, tending to troops injured during the push into Normandy.

He had just recently shared his recollection of the momentous day - the largest seaborne assault in history - with the Kentish Gazette.

"At some point, we were taken to a camp at St Neots, outside Cambridge, and were given French money and a little book about France.”

Other former soldiers from Kent who have spoken of their recollections of the invasion include Harry Trimmings, of Baddlesmere Road, Whitstable.

The 88-year-old recalled the build-up well when he was stationed on the south coast.

He said: “The movements down there were massive. The roads all around Portsmouth, Gosport, Southampton, Fareham were full of troops and vehicles and you could look out and see ships gathering all over from the Isle of White to Gosport to Southampton.”

"Not hundreds of vessels but thousands, as far as the eye could see in every direction" - D-Day veteran Capt Leslie Gosling

Captain Leslie Gosling, now 98 and living in St Dunstan’s Terrace, Canterbury, arrived in Normandy off Gold beach on the morning of D2, June 7.

He said: “The sight that unfolded was incredible. Not hundreds of vessels but thousands, as far as the eye could see in every direction.”

Commemorations are taking place across the county to mark the anniversary of D-Day.

A military vehicle used during the D-Day landings will be returning to the beaches where it served in combat exactly 70 years ago.

Organisers of the War and Peace Revival will be taking the Sherman Beach Armoured Recovery Vehicle (BARV) to Normandy today.

In Folkestone, members of the town’s Normandy Veteran’s Association, Ex-Service Associations and Standards, the mayor, civic dignitaries, councillors and youth groups will lay wreaths and crosses in the Garden of Remembrance in Sandgate Road at 11am.

Members of the public are welcome to attend.

Staff and students at K College in Shorncliffe Road, Folkestone, will be dressing up in armed forces costumes to mark losses in the conflict today.

A five-course Normandy dinner, complete with 40s music, patriotic bunting and staff in costume, has sold out tonight at the Townhouse Hotel in King Street, Maidstone. 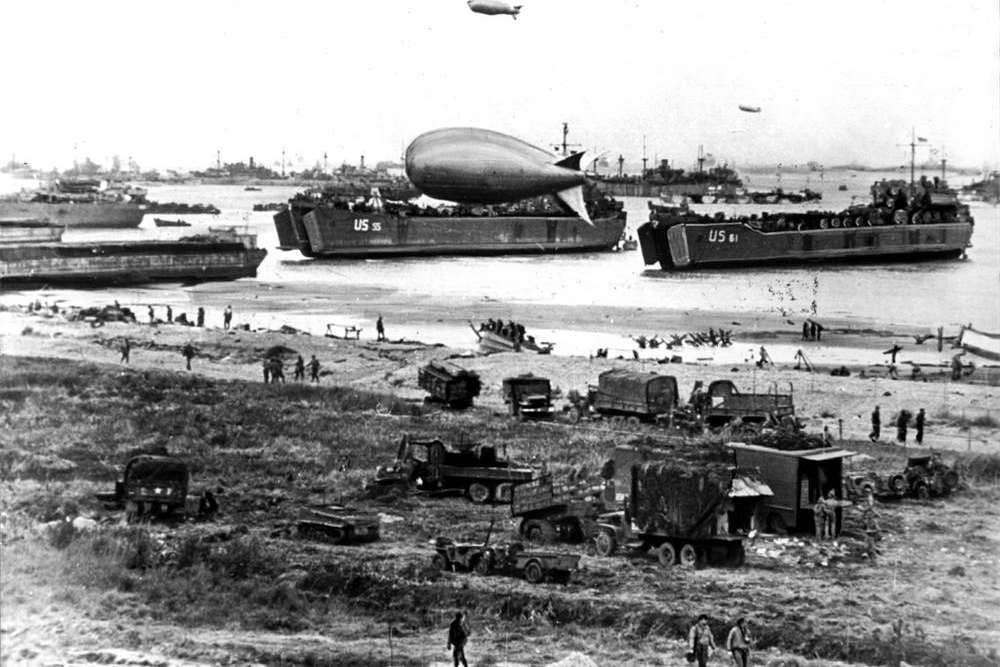 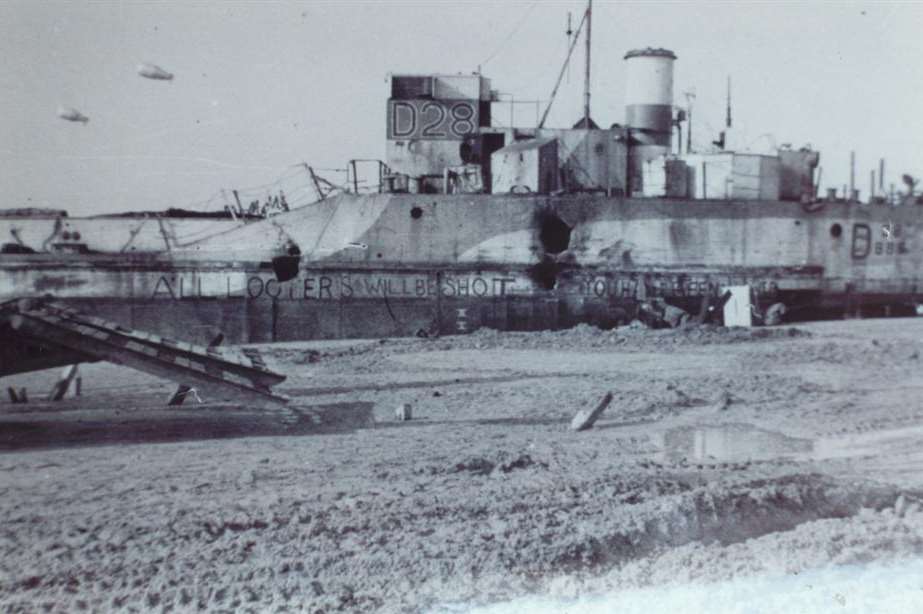 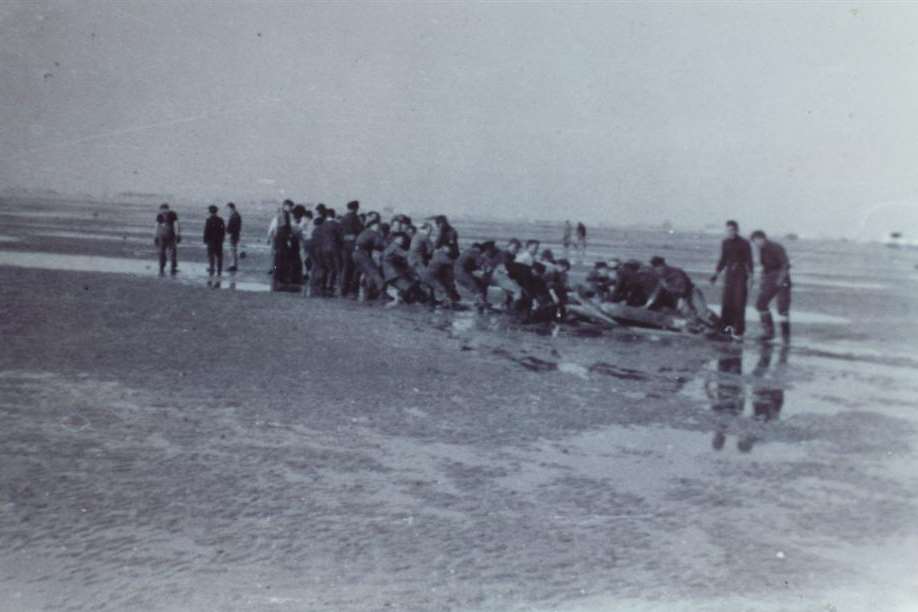 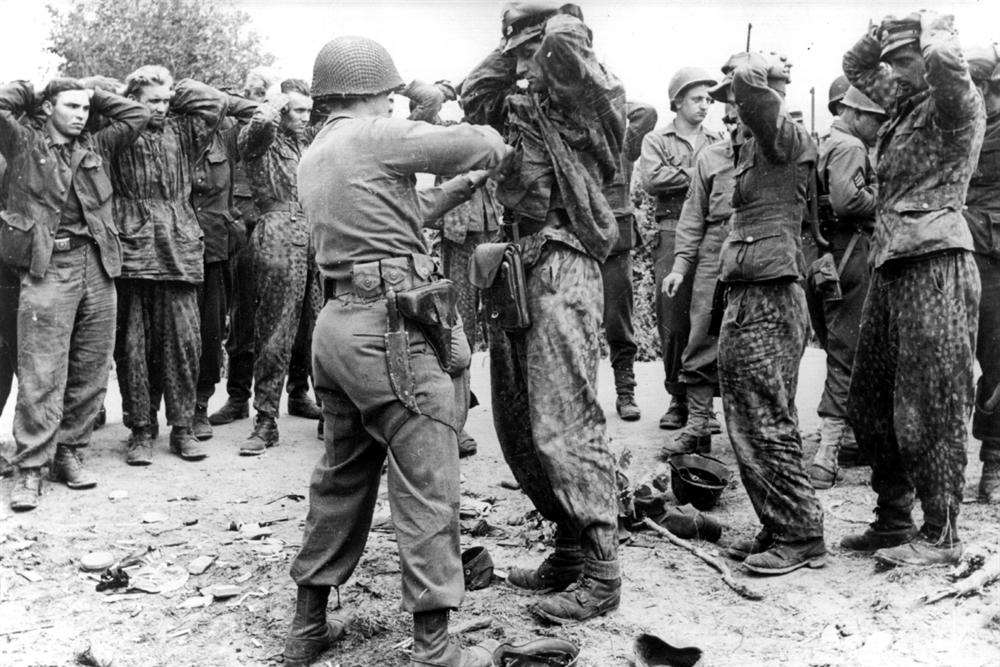 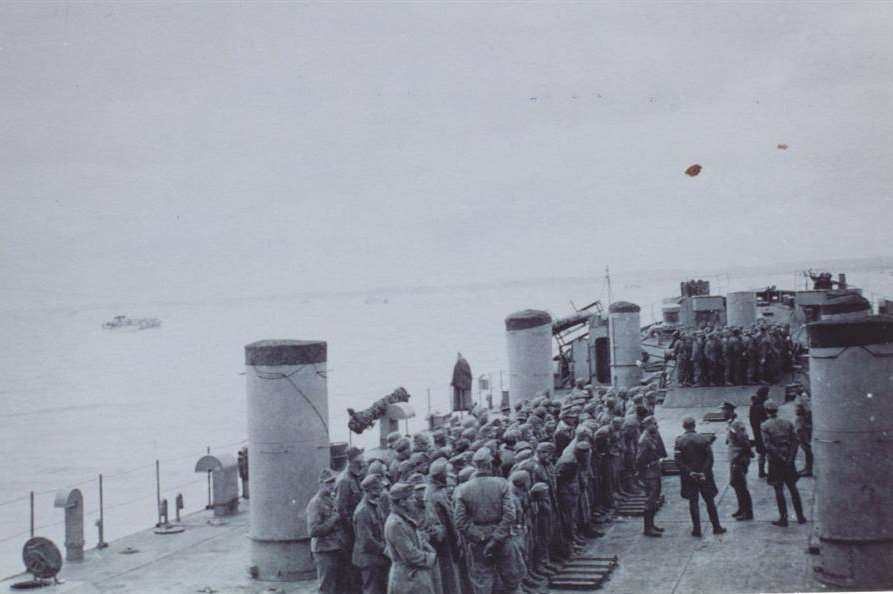 Dover Castle will also be holding celebrations this weekend which include an arena show, demonstrations from the Ministry of Food and tips on austerity fashion.

Boy, one, fighting for life after serious crash