'I went to bed and woke up paralysed'

'I went to bed and woke up paralysed'

Thousands of revellers have turned out for Canterbury Pride.

Around 20,000 people clad in rainbow colours, glitter, and an array of vibrant costumes gathered in the heart of the city this morning for a parade kicking off Kent's biggest celebration of the lesbian, gay, bisexual and transgender (LGBT) community.

Families, couples and groups of friends turned out to watch the procession march up the High Street to Dane John Gardens, where festivities are still taking place.

Watch the parade, and sisters Emerald and Sapphire speaking about why they've come to Pride

Cheered on by crowds of spectators, the parade included groups from Kent Police, Kent Fire & Rescue and businesses including Sainsbury's.

Speaking before the event, organiser Ed Withers said: "There's lots of queues forming and we've got a huge turnout for the parade.

"It looks like it's all about to kick off in a good way. Everyone is really excited - it's going to be a great day." 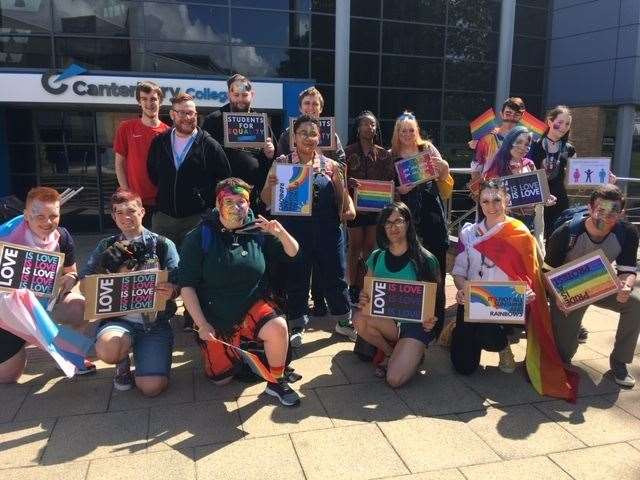 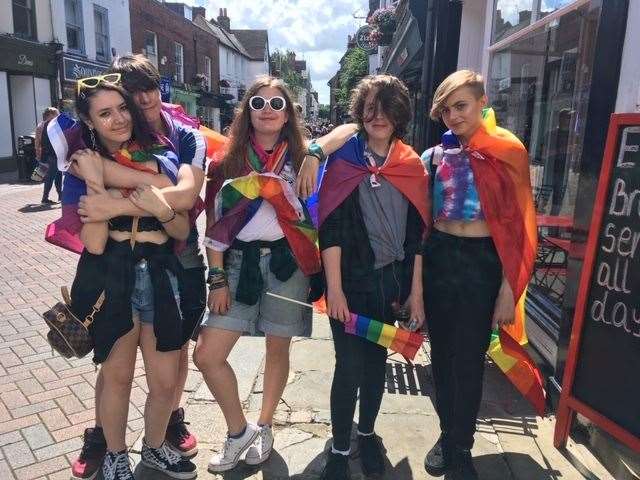 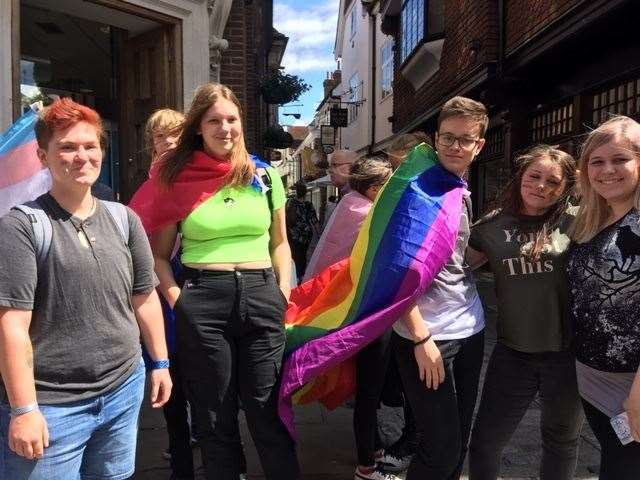 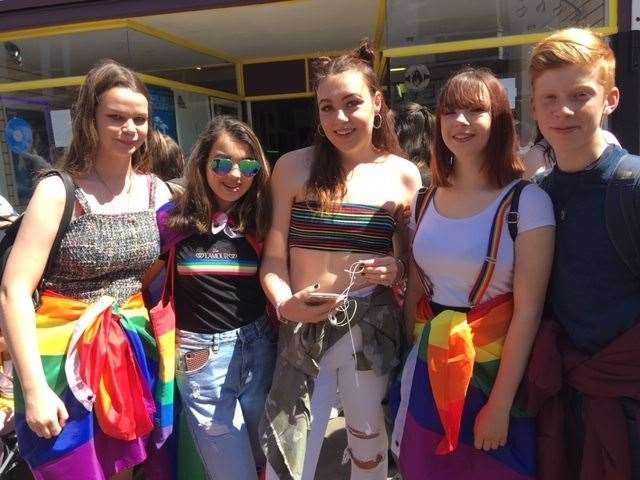 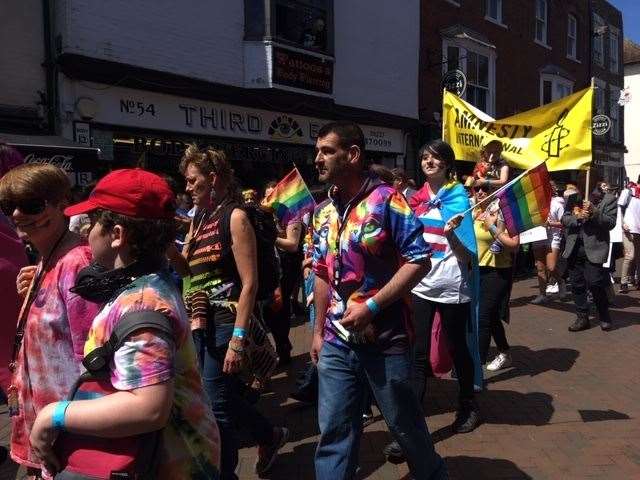 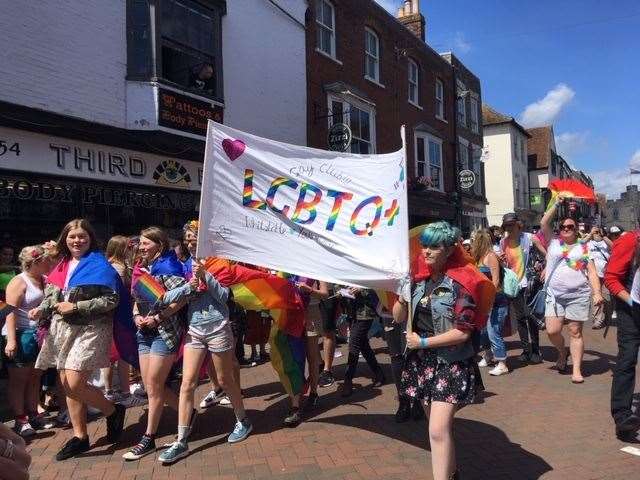 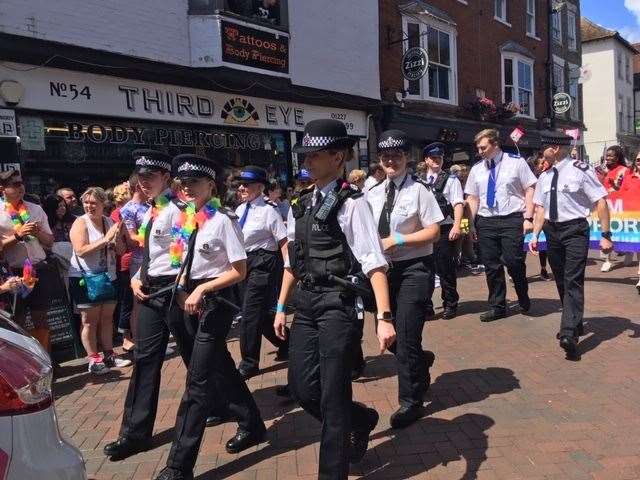 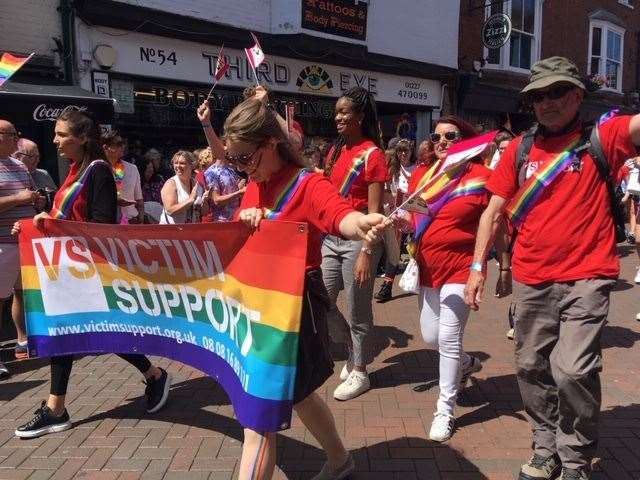 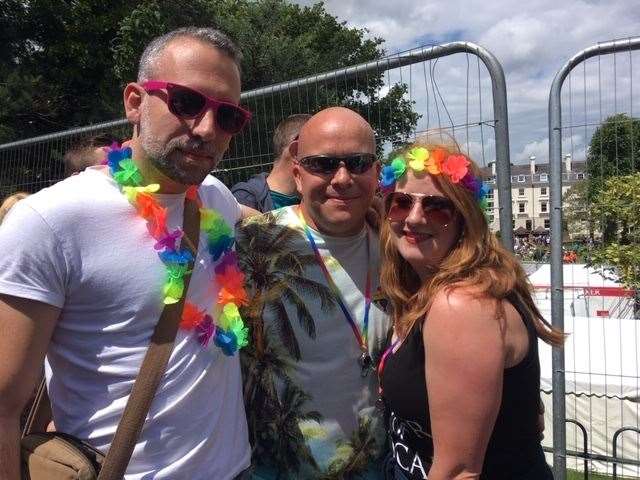 Among those at Pride for the first time are Sophie, 18, Isabel, 19, and Phoebe, 18, who have made the trip from Sheerness and Chatham and say they wanted to show their support and "have a good day".

Youth worker Lewis Longley, 23, is from Canterbury and is here with fiancée George Townsley and a group of friends.

"I've not been to Pride in a few years and coming back, it seems to have grown hugely over the years," he said.

"I've lived in Canterbury for so many years. I always remember it as quite a backwards and Conservative with a small C place.

"I remember being at school and being gay was not something you wanted to be. Now, seeing so many people at Canterbury Pride - it's just nice to be here and to feel included."

Shops and businesses throughout the city, from McDonalds to the Café St Pierre, are displaying Pride stickers and bunting in support of the LGBT community, with a rainbow flag also flying prominently from Westgate Towers.

Sisters Emerald and Sapphire, aged 21 and 19, are here from Sittingbourne.

Emerald, who also attended last year, said: "I wanted to come because I love these sort of events, being able to celebrate who you are, be proud of your identity, and I think it's just an amazing day."

Celebrations have now moved to Dane John Gardens, where two stages are hosting an array of entertainers including Gok Wan, Nadine Coyle from Girls Aloud and a Beyoncé tribute act.

Partying will continue late into the night, with drag queens dancing alongside punters at Kent's top LGBT event, Glitterbomb, at Tokyo Tea Rooms.