The delayed Presidents Putter 2020 scratch final was played in beautiful sunshine just before Easter with three-handicap Leggatt holding off a fierce fightback by defending champion Bristow over the closing holes.

Leggatt felt he had so little chance of winning, he said: “I told my kids I’ll be home in a couple of hours and I joked to Josh ‘don’t beat me 10&8 or anything like that, don’t embarrass me’ and we just had a little laugh about it.

“As it turned out I missed a clutch putt to win it 4&3 and then he comes back and makes it dormie one so, a very good game. I was not so much choked up after but very, very surprised.

“He’s the best in the club, the lowest handicap. I was gobsmacked that I won it but I just kept grinding. Josh drives it 300 yards but it’s the short game that won it for me, my chipping and putting were superb.”

That was underlined when he holed a 35-foot birdie putt on the 8th to nudge in front, went two up on the 9th and then, with the 11th to 13th holes closed for ground works, saved a half on the 14th, their 11th hole, with an exquisite chip.

Leggatt was dormie three up when they played the opening three holes again and a determined Bristow nailed a 300-yard drive and put his second to within eight feet to pull one back with a conceded putt at the first and put his tee shot to within six feet on the second to force another concession.

The final hole saw both players on the green in two with both players facing 30 foot putts and although Leggatt hit his first putt five feet past, he nailed the return for a memorable win.

It was a slightly surreal final given that both players have left the club but Beer (h7) made full use of his full allowance of eight shots to bow out on a high.

The 10th hole proved pivotal for Beer, who said: “Dean made par, I was just short in two, duffed a chip from under the trees on the right but and holed a 30 foot swinging putt from the front fringe to win it with a four net three. That’s where I won the match really.”

He said: “It was a cobbled together team but we all got on really well and we all contributed, we weren’t relying on one person to get all the points.” 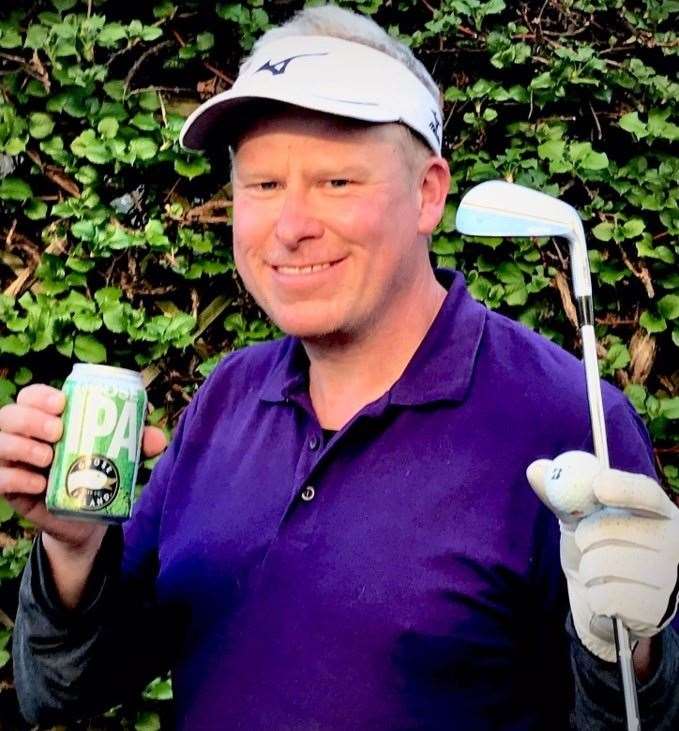 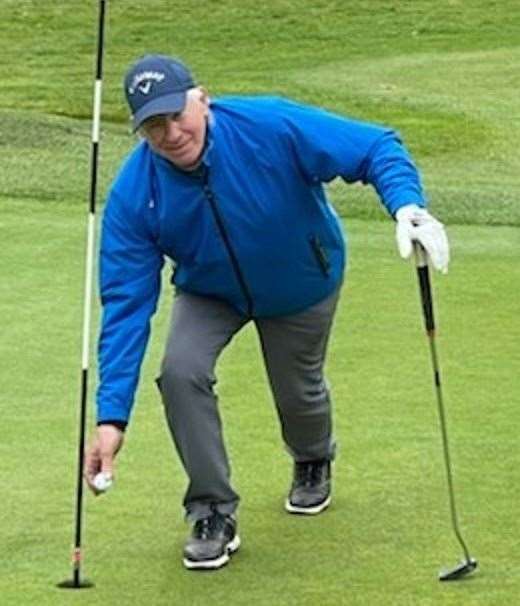 Ray Guttridge had a very Good Friday and new member Nick Miller had a super Easter Sunday when they both scored holes in one, coincidentally at the par 3 8th hole and using seven irons.

It was a first ever ace for 18-handicapper Guttridge, at the age of 72, playing in a cold and windy Friday roll-up fourball and he said: “It was brilliant. One of my playing partners got a birdie as well but I won the hole with an ace.”

Miller was playing in a friendly fourball with his 11-year-old daughter Elsie and said: “I only joined just before Christmas so it was just a nice thing to do and a bit of a surprise.”

Elsie said: “I was pleased for my dad but I was a little bit jealous.”