A couple who met more than seven decades ago are celebrating their 65th wedding anniversary.

Jeannette and Raymond Rose, who live in Dartford, marked the special day on Wednesday with a cake in their front garden.

The couple met in February 1952 at a dinner and dance night.

Raymond said: "The current dance at the time was the waltz, I didn't have a partner and saw Jeannette across the room in a lovely pink dance dress. I asked her to dance and she agreed."

On August 15 1953, Jeannette accepted his proposal on her 20th birthday.

They were married on Saturday, March 24 1956 at the Methodist Church in Stanstead Road, Forest Hill, London.

The next morning, they went to Wales and Cornwall for their honeymoon and have been happily married since.

Their son, Ian, bought them a Chinese takeaway from their favourite restaurant in Dartford to celebrate the blue sapphire anniversary and a friend of theirs is making them a cake.

Raymond has been very involved with the community throughout his life.

The 93-year-old was a Methodist church preacher, special constable for the Met police and ambulance driver for St Johns Ambulance.

Jeannette, 87, has worked in children's nursing and the couple fostered over 40 children together.

The husband and wife have lived in Dartford for most of their lives, and have stayed in the same house since they were married.

Their 20-year-old granddaughter, Eleanor, said: "They're very family-orientated, very loving and see the good in everyone.

"All of us grandkids think they're very inspirational for putting up with each other for that long."

Raymond and Jeannette have stayed indoors since last March as a result of the pandemic. 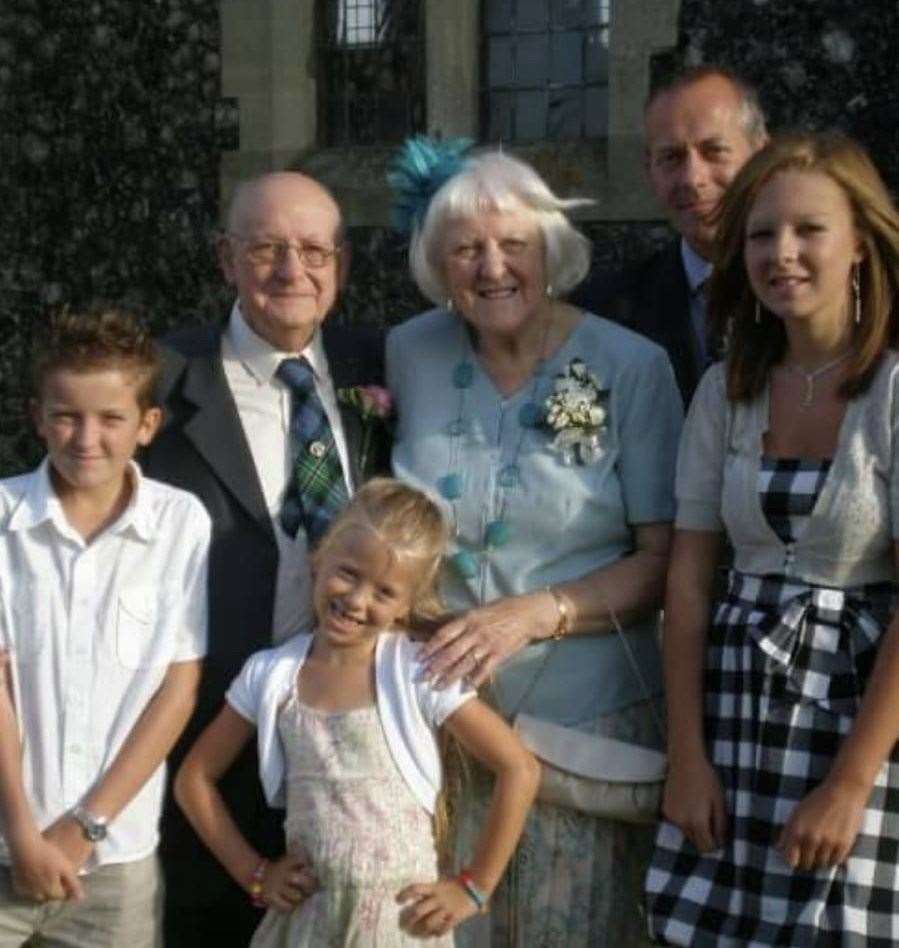 However, they have each had both Covid-19 vaccine jabs and hope they will soon be able to see family and friends again.

Jeannette added: "We have many happy memories of our life together and feel very blessed we chose each other and are still caring for each other."