Grade II-listed Hook Place in Southfleet on the market

One of Kent’s most historic houses has gone on the market for just the fourth time in 620 years.

Grade II-listed Hook Place in Southfleet is up for sale with a guide price of offers in excess of £1,195,000.

It was originally the main residential dwelling at Hook Place Farm when it was run as an agricultural holding. There are records showing a substantial dwelling on the site from 1377 onwards.

The five-bedroom house dates from at least the 16th century and the first owner was William Swann, 1st Baronet of Southfleet who was born in 1631. Hook Place was occupied by the Swann family for several centuries and their family history can be traced back to the village from 1320.

The property was first sold to a London cloth worker called Thomas Harrington in 1701 where it then passed within the family for the next 148 years eventually selling to a local landowner called Thomas Colyer. The Colyer-Fergusson family held onto the house for the next 108 years when it was bought by the farming tenant John Barker in 1957.

Arranged over four floors it has many original period features and oak beams throughout. 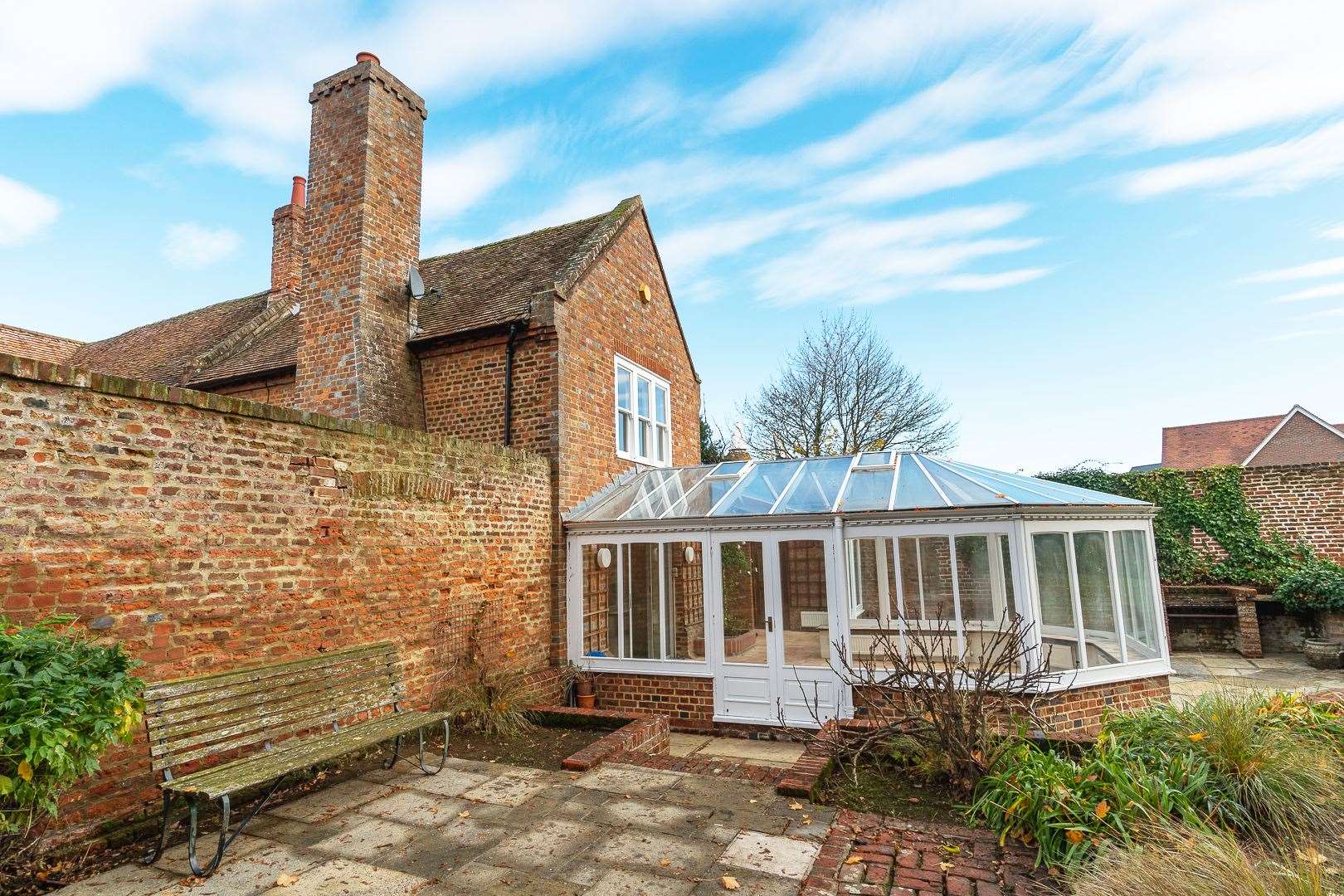 It boasts a large reception hall, two reception rooms, a large kitchen/breakfast room, utility room, downstairs cloakroom, drawing room and conservatory opening out onto a listed walled garden which is almost an acre in size.

Outside, it has a heated swimming pool with changing and shower facilities. There is also an area previously used as a grass tennis court which could be brought back into use without much trouble.

There are also steps down to a large cellar which could provide a games room or wine cellar.

After all that exercise, you might want a nap and there's five double bedrooms to choose from. The master bedroom is en-suite – plus two family bathrooms. It is on the market with BTF Partnership.

Spokesman Alex Cornwallis said: “This is a truly magnificent and historic house which is now ready for a new family to put their stamp on it.

"Set well back from the road and accessed via a sweeping driveway, this is an impressive and imposing house.

"It has more than 4,500ft² of living space situated within a plot of approximately 1.5 acres which is incredibly rare in this location.

"With there being so much interest in moving to a more spacious and rural location, I think this property will generate significant interest and it is a once-in-a-lifetime opportunity to buy one of Kent’s most historic homes which has previously only been on the open market on a couple of occasions.”

You can take a virtual tour of Hook Place and find further details at www.btfpartnership.co.uk