Shoppers were evacuated from an Aldi supermarket this afternoon after its ceiling tiles started to fall "one by one".

Around 30 customers were said to be inside the Deal store around 3pm when the heavy rain began to cause chaos.

Numerous tiles dropped from the ceiling allowing the rain to shower through onto the shop floor.

Staff tried to contain the water with buckets before shouting for people to leave.

The new shop in West Street was constructed last year and opened in November.

A 60-year-old shopper, who has asked not to be named, has described the "frightening" experience.

She explained that tiles were dropping in numerous places but the majority were at the front of the store as people were queuing at the tills.

She said: "Somebody shouted out, 'We've got to close the shop, the ceiling's leaking!'.

"So they rushed us all to the tills to pay for our shopping.

"As we were at the tills, the tiles just started dripping one by one.

"The rain was just pouring through.

"They're very light, soft tiles. There wasn't much noise created. The main noise was from the rain. The hailstones were unbelievable.

"But it was very frightening. I was shaking so I just got out."

But leaving the store wasn't straight forward, she explained.

The woman added: "It was leaking at the front of the shop by the main exit door so we couldn't get out.

"Everybody had to be redirected around the tills to be able leave through the entrance door." 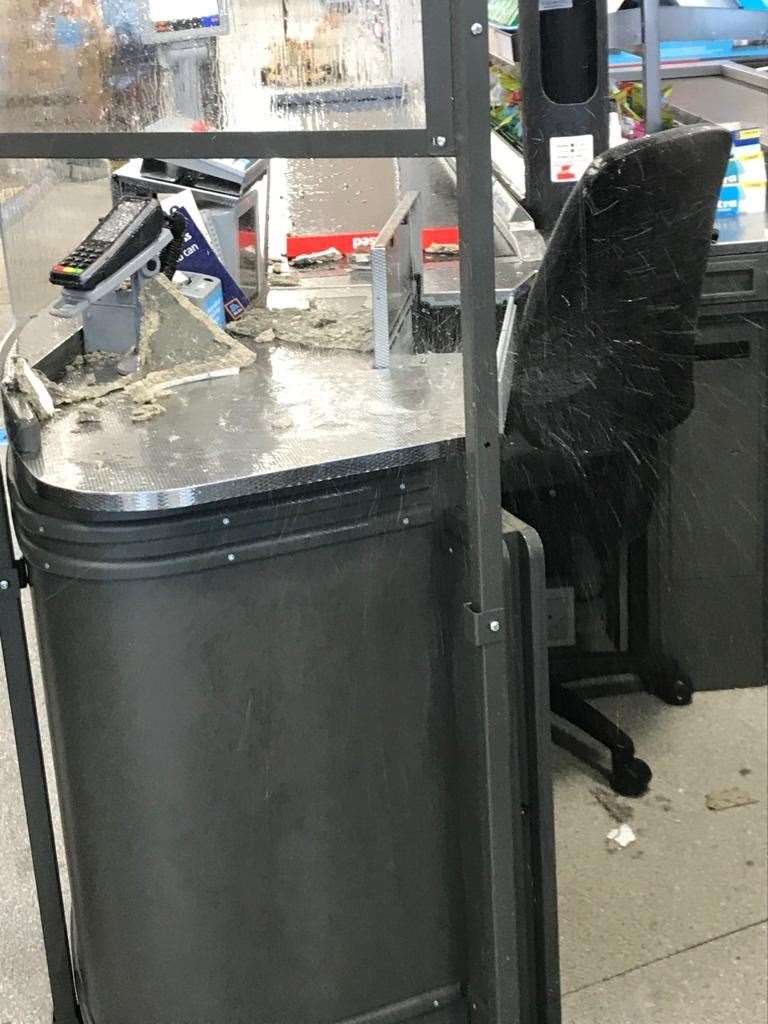 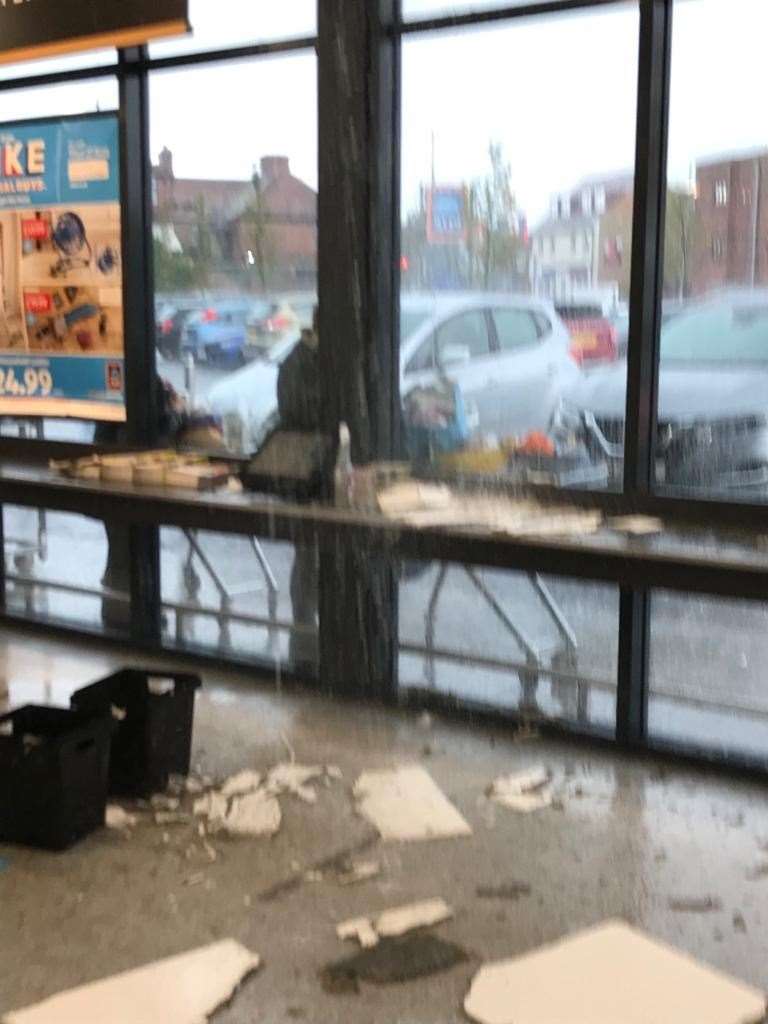 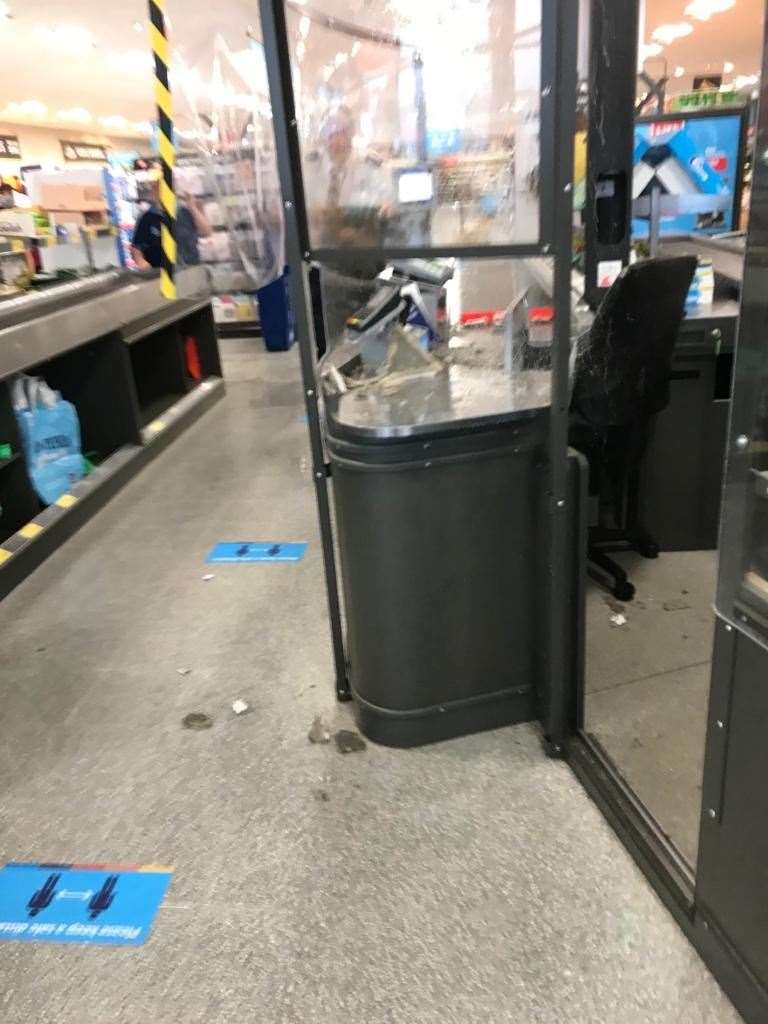 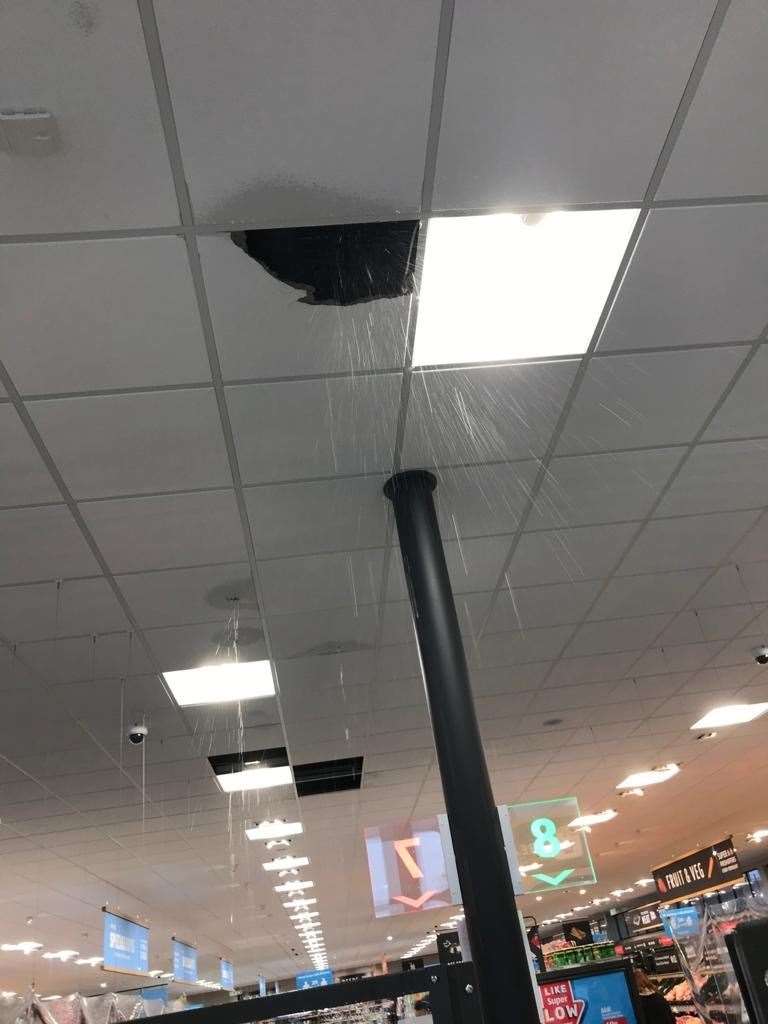 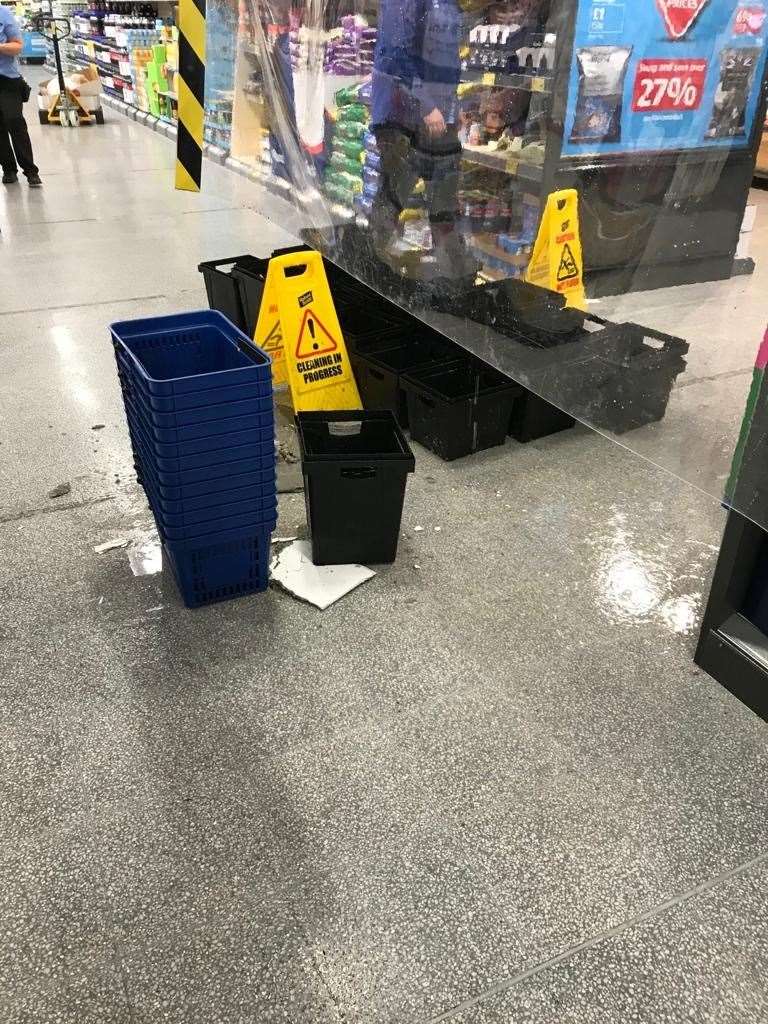 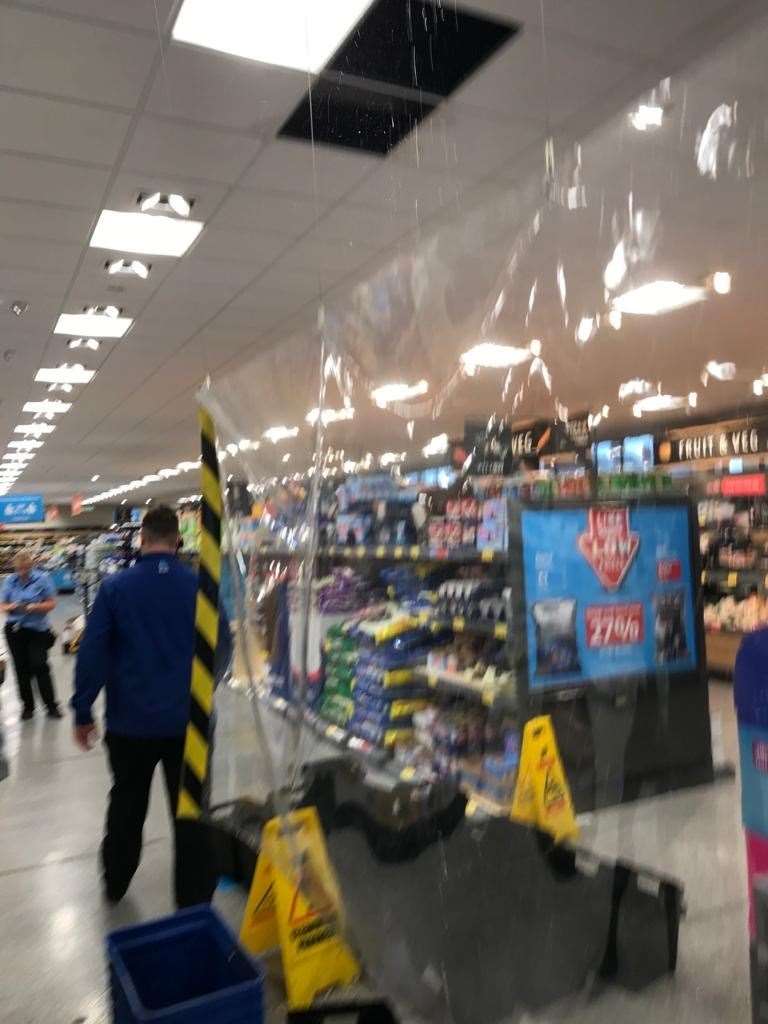 An Aldi spokesperson said: “We have temporarily closed our store in Deal, due to storm damage. The store was safely evacuated and we will keep customers updated on when it will reopen.”

Read more: All the latest news in Deal