A man thought to be on a non-essential journey mounted a pavement causing damage to two parked vehicles in Deal.

The silver Ford Fusion smashed into a parked blue Chrysler on Dover Road about 3.45pm.

Further damaged was then caused when the stationary car was shunted into a parked van, also parked on the wide pavement area.

Both parked vehicles are owned by resident Paul Kidman who was inside his home at the time.

Mr Kidman said the driver told him he was from Ramsgate, confirmed by the address he gave, and had been out in Dover for the day.

He said: "I heard a bang and looked out to see my car travelling into my van. I rushed out.

"The Ford was rammed into the back of my car. The male driver and two female passengers were still in the car. They appeared okay, but dazed. I believe they were on a non-essential journey." 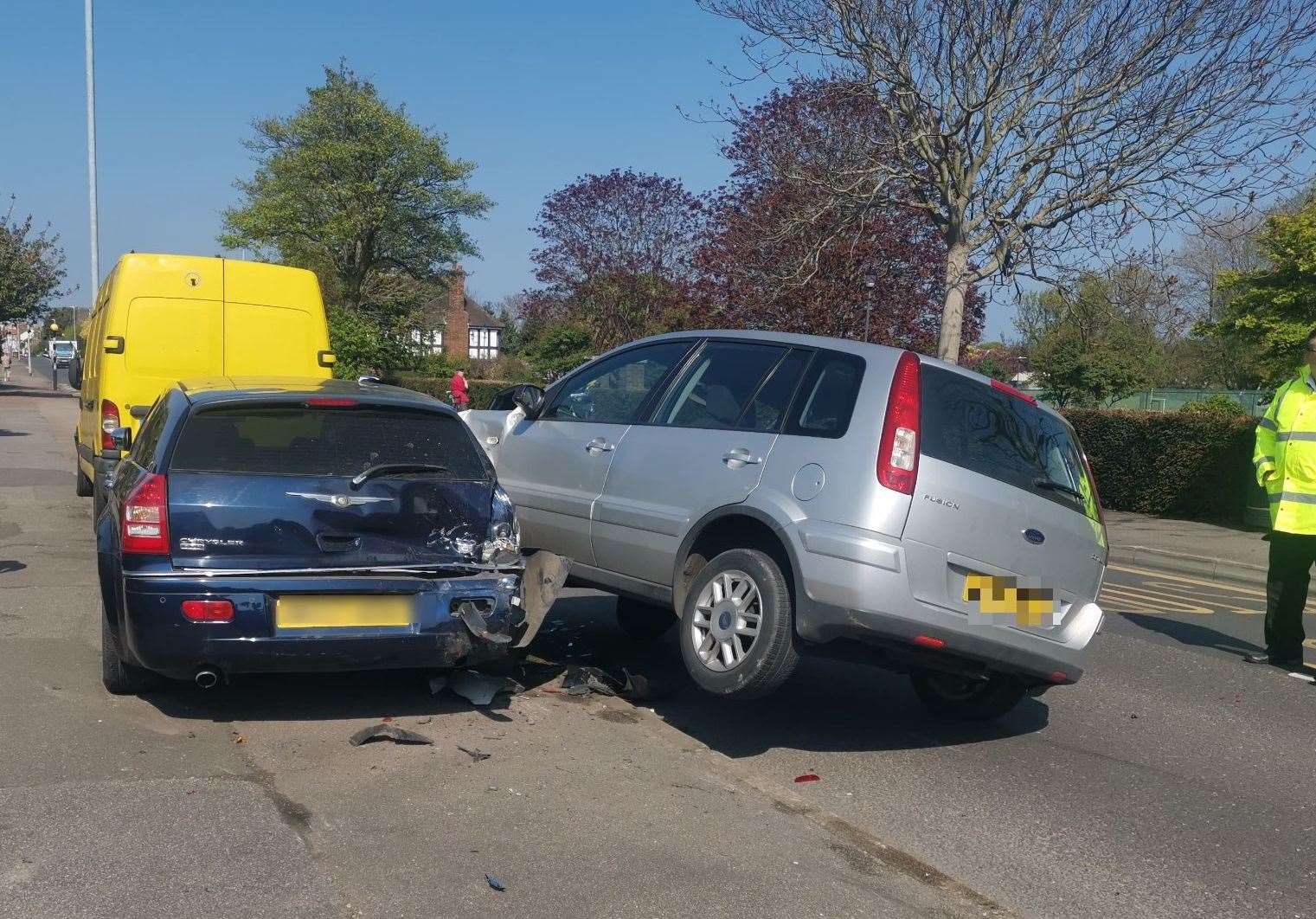 Police and ambulance crews attended the scene and the road remains open.

Kent Police confirmed officers were called to the collision in Dover Road and said a man and woman were taken to a local hospital.

It is the second crash in the road in five weeks.

On April 2, a motorcyclist was airlifted to hospital with life threatening injuries after a collision with a silver Renault Clio.

It happened at the crossroads with Salisbury Road and Granville Road, next to the Esso petrol station.